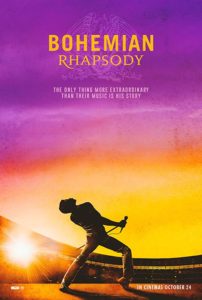 A chronicle of the years leading up to Queen’s legendary appearance at the Live Aid (1985) concert. 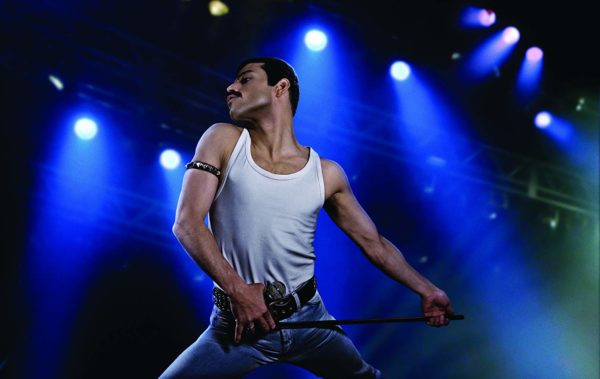 How do you make a biopic of Freddie Mercury? Notoriously shy in his private life and an enigma to most, how do you make a film that gets beneath the veil of the greatest showmen of all time? In the case of Bohemian Rhapsody, you don’t. Whilst pitched as a biopic, it feels more like a journey through Queen’s greatest hits, with elements of Mercury’s story thrown in but never fully explored.

If you love Queen (and who doesn’t) then you will enjoy Bohemian Rhapsody. Every Queen hit is played and the meticulous recreation of their Live Aid set from 1985 is stunning. It’s heart-warming, tragic and engaging. This is largely down to a transformative performance from Rami Malek as Mercury. Getting his accent near perfect and the attitude on point, he drives the film with his magnetic performance. Yet there isn’t much for him to get his teeth into other than the heavily sanitised issues around Mercury’s sexuality, drugs and racial tensions. Still he is mesmerising and he shines brightest when recreating Mercury’s onstage performances and his quieter vulnerable moments.

To say the production of Bohemian Rhapsody has been rocky is an understatement. The idea of a biopic has been making the rounds for years and it’s lost stars (Sacha Baron Cohen), numerous directors (Singer was fired late in the day and the film was completed by Dexter Fletcher) and so it seems almost miraculous that it’s as good as it is. But there are a lot of issues. Queen’s rise to fame is covered in roughly 15 minutes, conflicts are resolved quickly and easily and there’s a sense that no one wanted to look bad. Brian May and Roger Taylor have produced the film so it feels as if they didn’t want to cover any of the darker aspects of Mercury’s life and also wanted to shy away from making themselves look bad. Everyone gets along reasonably well and when there are moments of conflict they feel almost Hollywoodised as they hug it out and get on with it. Perhaps it’s good natured and they didn’t want to tarnish people’s view of Mercury, but it makes it an inauthentic biopic. 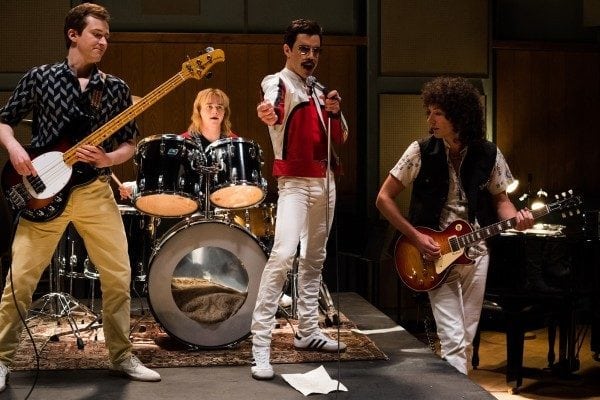 As one of the most important people in Mercury’s life, his relationship with Mary Austen (Boynton) isn’t given much time at all. Their romance and friendship lasted a number of years and yet we find out almost nothing about Mary during the film. Boynton and Malek have good chemistry but there isn’t much for them to work with. Similarly Mercury’s partner Jim Hutton (McCusker) is relegated to a small role and a footnote at the end of the film. It has an effect of not wanting to directly address Mercury’s sexuality. His HIV diagnosis is mentioned briefly, yet the timeline doesn’t fit with real life interviews on when he received his diagnosis. All of these elements don’t make Bohemian Rhapsody any less enjoyable, but it isn’t an accurate biopic. It’s formulaic, but nevertheless a must see for any Queen fan.