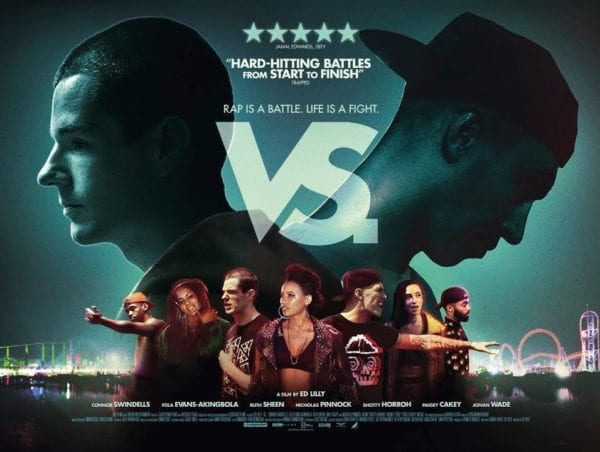 The British rap battle drama VS. is set for release in UK cinemas this Friday, and we’ve got an exclusive clip from the film which you can watch right here…

A troubled foster teen (Conor Swindells) – is introduced to the “no limits” world of UK battle-rap, where his aggression and sharp lyricism quickly makes him a controversial fan favourite. But when he doorsteps his biological mother after twelve years in care, he’s forced to face his toughest opponent yet: his past.