Another familiar face is coming back for the Veronica Mars revival on Hulu. Max Greenfield (New Girl) is set to reprise his role as Leo D’Amota while Patton Oswalt (Happy!) has been cast in a recurring role. 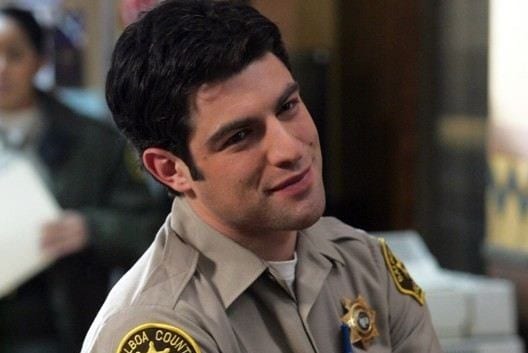 Greenfield appeared in the original three season run of Veronica Mars as Deputy Sheriff. He reprised the role in the 2014 follow-up film which revealed D’Amota had worked his way up from Neptune’s Deputy Sheriff to a detective with the San Diego Police Department.

Oswalt is set to star as a new character named Penn Epner. Penn is on the wrong side of 40 for “best pizza delivery guy in Neptune” to be his claim to fame, but the dude won’t shut up about it. He barely shuts up at all. Pizza delivery is his job, but his passion is “true crime.” He is a frequent poster on unsolved murder websites. Penn is affable and a bit hapless, and he’s going to milk his 15 minutes for all they’re worth.