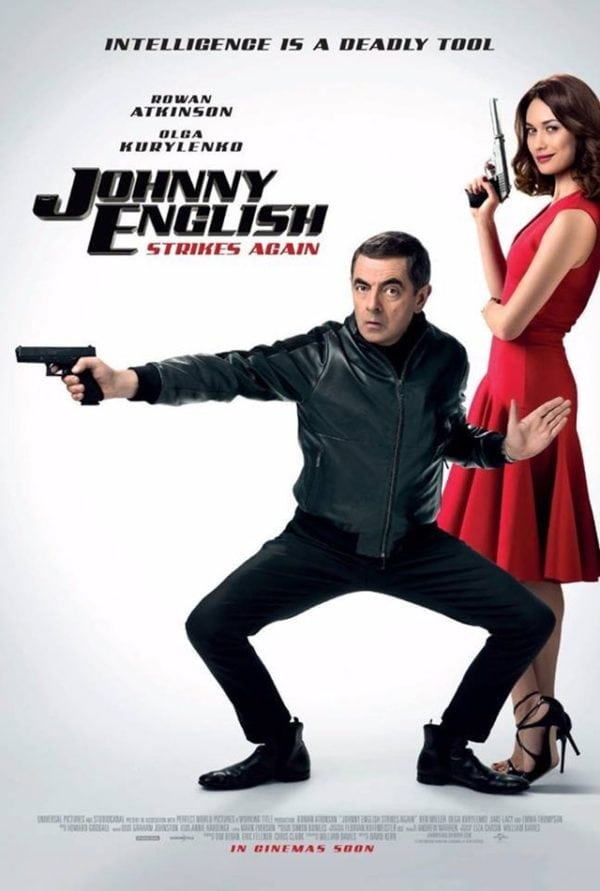 After a cyber-attack reveals the identity of all of the active undercover agents in Britain, Johnny English is forced to come out of retirement to find the mastermind hacker. 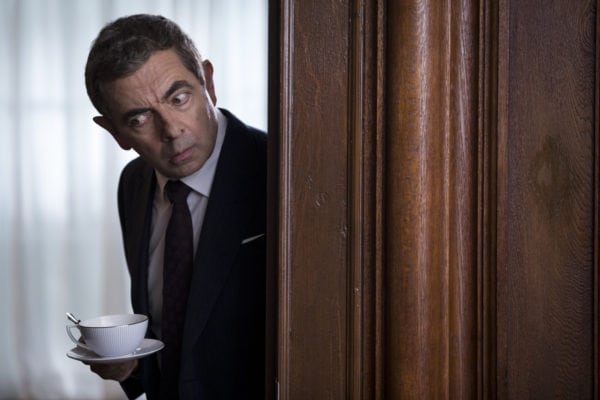 Johnny English Strikes Again is the film we deserve; archaic, lame and limp, falling over itself for comedy sake without any preparation. Jokes are (poorly) set up, only to be left dangling, aimlessly trying for a laugh but ultimately soiling itself for the giggle.

It’s as if director David Kerr watched ten minutes of a late Roger Moore Bond flick and got distracted by the ’67 Casino Royale. It helps little that Rowan Atkinson, one of the great physical comics, looks as if tired of this world, his falls are padded with sighs and nuts shots and fart jokes have all the enthusiasm of someone desperately waiting for that paycheck to finally buy the car you can’t but look like a tosser in.

After the tepid adventures of Johnny English Returns, English returns (again) after a cyber-attack reveals all active undercover agents in MI6 – it’s Dumb Skyfall. The Prime Minister (a thankless Emma Thompson) is having meetings with a Silicon Valley Billionaire (Jake Lacy) – clearly evil – and Olga Kurylenko is also there, investigating the whole thing or something, it doesn’t matter. 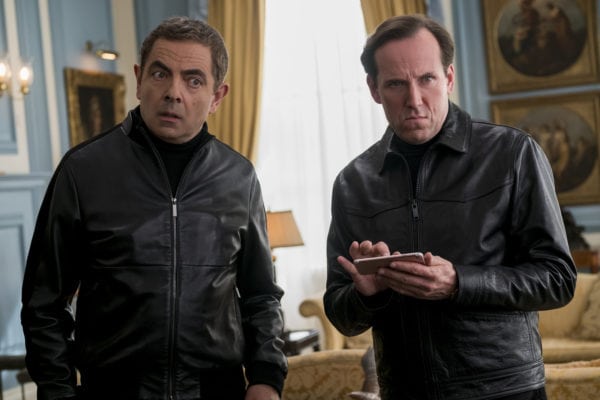 It doesn’t matter. Nothing matters. We know how the film is going to an end, the twists are less twists, more a roundabout of density. It only exists as a way for Roman Atkinson to fall over, haw-hawing because it’s funny to watch a grown man put a cocktail umbrella up his nose or grapple with the virtual reality goggles – it’s funny because he’s old.

It’s a film for Brexit Britain. A stuttering, deeply unpleasant mess of ideas brought together by a group of people seemingly unaware of where it’s supposed to end up. It reduces Atkinson to someone who resembles your “I’m just tellin’ it as it is” Uncle, the sort that drinks too much on Christmas and bemoans the Queen’s speech for being “too inclusive.”

Alongside Ben Miller, the pair burn down a French restaurant – I dunno, it’s a metaphor or something – and just genuinely act like the sort of people you see at a hotel breakfast buffet cramming bacon down their gobs before sprinting to get a decent sunbed, pushing children over in the process. 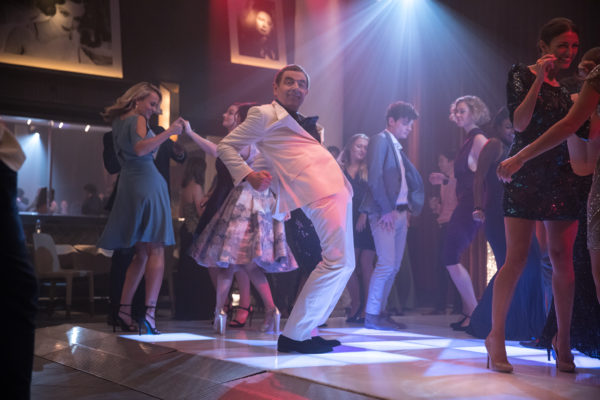 An occasional set piece does raise a chuckle. An extended sequence, emphasis on extended, involving virtual reality may already feel tired, but it does give Atkinson the opportunity to actually stretch is clown muscles.

But it’s only a moment.

Dumb Skyfall is the film we deserve, and we have to live with it because we hate ourselves and it’s apt punishment.