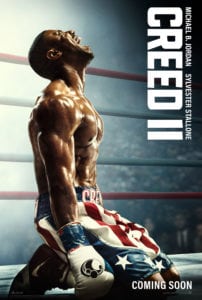 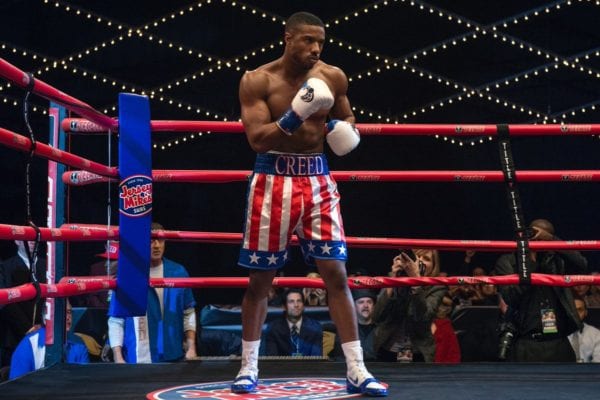 With one of the most unforgettable moments in the Rocky franchise being the death of Apollo Creed at the hands of his rival Ivan Drago, it would be impossible for the Creed films not to build off that anymore than Ryan Coogler’s first film already did. Creed II sees the formidable Russian return with his son in tow in a film that is as much about the sins of the father as it is about young Adonis Creed marking his own legacy. While Creed II doesn’t quite live up to the first film, director Steve Caple Jr. does deliver an entertaining follow-up with great performances by Michael B. Jordan, Sylvester Stallone and Dolph Lundgren.

The emotional backbone of the film comes from Jordan’s performance as Adonis is challenged to fight Viktor Drago, the son of Ivan Drago. He wrestles a lot with the legacy of Apollo and how it impacts his own, whether that’s professionally or personally. Jordan gives a strong performance that shows just how much Adonis is struggling with as he simultaneously prepares for the fight and fatherhood, contemplating what it is he’s really fighting for. He shares great chemistry with Stallone and Tessa Thompson’s Bianca, the latter particularly feeling more authentic as the film goes on as they come to terms with their new roles as parents and Adonis’ career. Through every grunt, hit and scream, Jordan is the star of the show and doesn’t let you forget it. 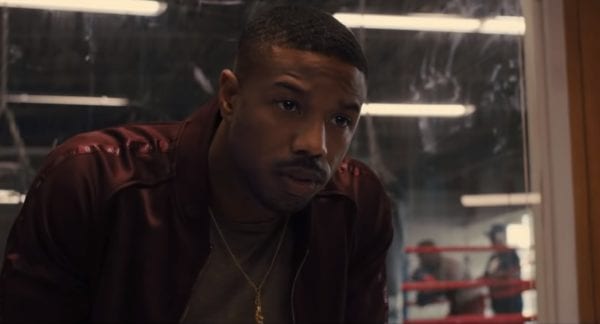 Stallone, meanwhile, is just as charismatic as Rocky Balboa as he’s always been. In fact, the film is just as much his as it is Creed’s. A lot of time is spent on the guilt Rocky feels for his various failings, whether that’s his role in Apollo’s death or estranged relationship with his son. He gives an earnest performance and his relationship with Adonis feels like a real surrogate father/son dynamic. What is interesting, though, is how his arc is paralleled by Dolph Lundgren’s Ivan Drago. Lundgren brings some depth to the Rocky IV villain, showing how the years have torn Ivan down enough to make him obsessed to reclaim his family’s glory through some tough love towards his son. His motivations are a tad predictable and cliche, but Lundgren actually displays the pain and shame Ivan feels that drives him to want something better for Viktor no matter what.

Viktor Drago, however, is one of the few weak points of the film. Though Florian Munteanu certainly delivers an imposing presence throughout the film, he lacks much in the way of characterization. His motivations are his father’s, something that causes Viktor to never have any real agency of his own. Given how much the film devotes to the Creed legacy, the film misses an opportunity to explore more of Viktor’s feelings on his father, the animosity between him and Rocky and what his upbringing has done to him. There’s only one scene Munteanu has where you get a sense of the anger and frustration he feels, but its again more built from Ivan’s own frustrations he’s drilled into Viktor. While Munteanu gives a good performance with what he has, the character never truly feels separate from Ivan. 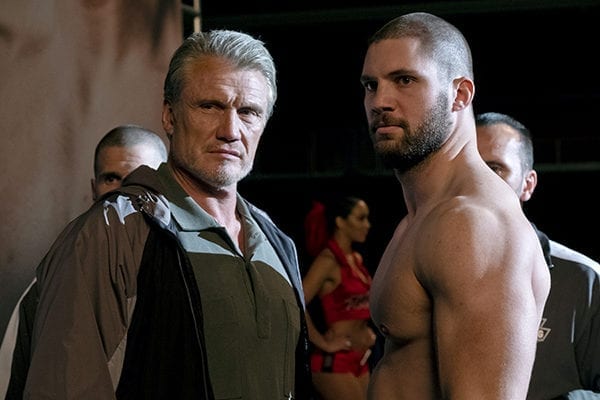 Though there is a lot of emotion behind Jordan and Stallone’s performances, the film also fails to deliver some of the emotional beats in the story. Some of the scenes fall a little flat because so little time is devoted to them. The film’s themes on legacy and family are well thought out for the most part, but, as with the case of Viktor’s character, moments with Adonis’ family don’t quite land with the emotion because they don’t last long enough or aren’t explored to their full potential. It doesn’t help that some of the story feels a little too familiar, following a similar pattern to Rocky III and other boxing films without doing enough to really make it stand on its own.

One of the best aspects of Creed II is its cinematography. The film is shot beautifully with the fight scenes easy to follow and well-choreographed. Its a great looking film with some distinct visuals, such as Creed training underwater or in the desert with a bright visual palette. Staple Jr. and cinematographer Kramer Morgenthau know just what to focus on in the quiet dramatic scenes while making the fight and training sequences intense. Every punch that connects is felt thanks to the camerawork and sound design. It is definitely one of the best looking films of the year and the Rocky franchise. 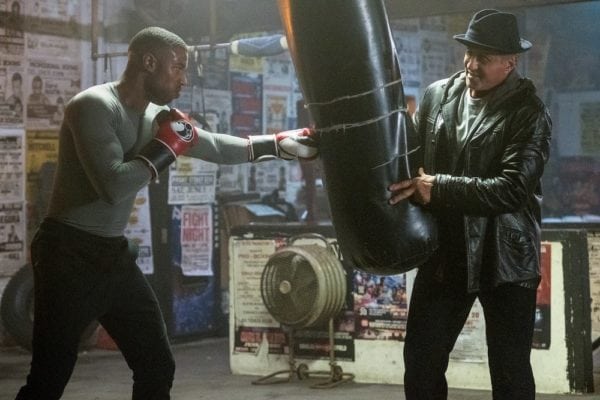 While some of the emotional beats and Viktor Drago don’t land, Creed II is still a worthy sequel to not just the first film, but the Rocky series as a whole. Jordan, Stallone and Lundgren give great performances that are reflective of the legacy to these characters. Caple Jr. shows some very competent direction with the story, cinematography and fights. Creed II builds off and adds to the franchise in some meaningful ways.