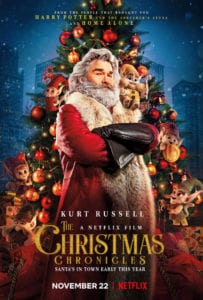 The story of sister and brother, Kate and Teddy Pierce, whose Christmas Eve plan to catch Santa Claus on camera turns into an unexpected journey that most kids could only dream about. 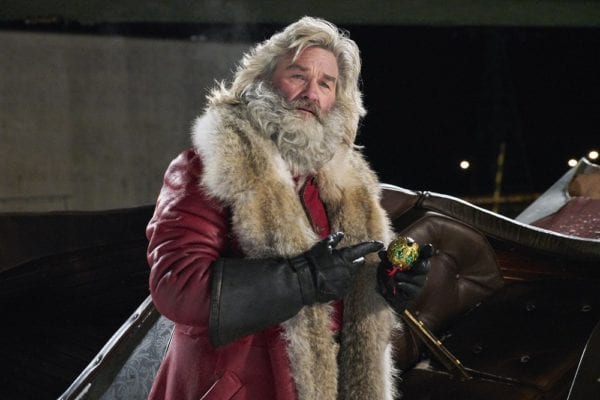 ‘Tis the season to be streaming, if Netflix’s surprisingly stacked slate of upcoming Christmas comedies is anything to go by. In an attempt to offer a theatrical-calibre holiday movie experience at home, the VOD giant has (somehow) roped Kurt Russell into the mix, who without which The Christmas Chronicles would likely fall entirely on deaf ears.

There isn’t much of a plot to discuss, but what passes for a narrative here sees young siblings Kate (Darby Camp) and Teddy Pierce (Judah Lewis) accidentally encountering the real-life Santa Claus (Russell), who requires their help to make his Christmas deliveries on-time. Shenanigans, hi-jinks, derring-do and other descriptors for inoffensive adventure fare inevitably ensue.

Things certainly get off to a rough start before all that, though, with the audience being almost immediately bombarded with an overabundance of bland familial squabbling, and the now-requisite spectre of a dead father. It’s mostly just milked for easy, saccharine sentiment, making those 20 minutes before Russell shows up more of a slog than they should be.

Thankfully the film picks up significantly once Russell arrives, yelling Elvish and hauling a sleigh through the chilly streets of Chicago. Before the movie is over, Russell’s Santa will have channelled his inner Jack Reacher by racing a sexy sports car away from the cops, consequently landed himself in jail and even charmed his jailers with a yuletide musical number totally out of nowhere (complete with a cameo from E Street Band legend Steven Van Zandt). 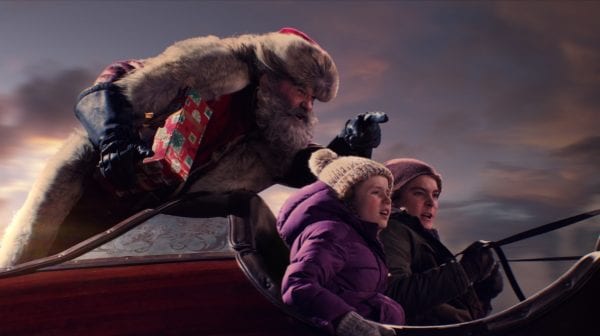 It’s also upon Santa’s arrival into the movie that several creative, even subversive ideas are unfurled regarding the mythological aspect of Christmas. And though Matt Lieberman’s script rarely explores these notions beyond singular one-liners, it’s all still inventive enough to compensate hugely for that staggeringly bland opening section.

As is common with lower-budget movies starring A-list actors, Russell does conspicuously disappear from the film every so often, limiting his screen time to only about half the movie in total. He sits out a distractingly long sequence in the film’s second half, as he and the children are sent off on their own separate quests, requiring director Clay Kaytis (The Angry Birds Movie) to cut between three parallel adventures.

But Russell certainly makes his presence felt every time he’s on screen, with a delightfully larger-than-life performance that also never strays too far from his well-honed rep for cinematic badassery. Charm pours out of him in every frame, and he’s almost good enough to make you want to see him reprise this role again in the future.

Though hardly a natural choice to play Father Christmas in a family film, Russell fits the part like a glove and is ultimately the single reason this movie is worth watching at all, even in this time of year where audience resistance to gooey schlock wears razor-thin. 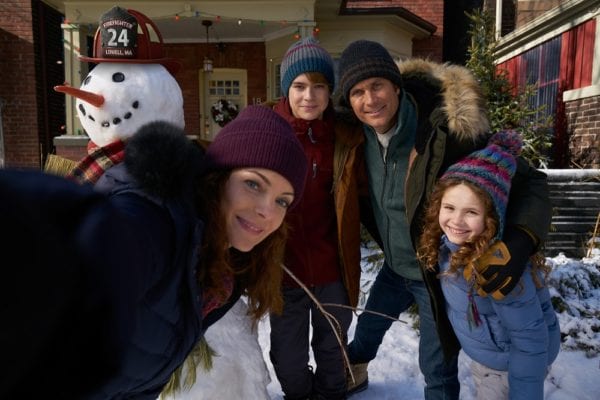 To be totally fair, Russell’s young co-stars Judah Lewis and Darby Camp are also rock solid considering the rather unremarkable material they’re given. They skirt clear of typical screen child cliches and rattle through their dialogue with about as much zesty conviction as you could reasonably expect. They also play well off Russell, who unquestionably makes their jobs much easier.

Visually, the film is rather a mixed and often surprising affair. Though the cinematography is utterly flat and workmanlike for the most part, the CGI is shockingly good on occasion, especially during Santa’s digitally-assisted arrival sequence, complete with a fleet of VFX reindeer. It’s certainly well-crafted enough to compete with the effects you’d expect to see in a theatrically-released equivalent, even if some elves that arrive later in the movie perhaps look a little too cartoonish.

The Christmas Chronicles would be another bland, soulless holiday film without Kurt Russell’s show-stealing presence, which for the standards of family-friendly yuletide slop pretty much makes it a tepid recommendation. If you’re looking for a treacly Christmas film you can watch with your kids, this’ll do the basic job just fine.