Coming hot on the heels of its season one finale in the UK, Sky has announced that it has granted a two-season renewal to the supernatural drama A Discovery of Witches. 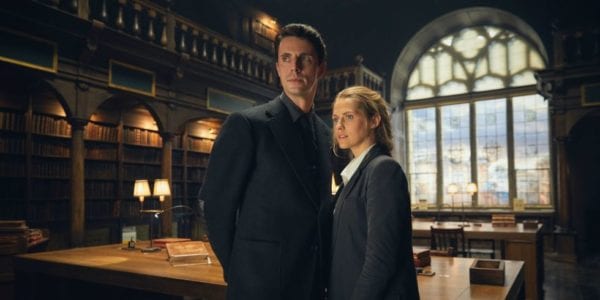 The series is based upon , the small screen adaptation of Deborah Harkness’ All Souls Trilogy, and follows Diana Bishop (Teresa Palmer), a young Oxford scholar and descendent of the Salem witches who embarks on a forbidden romance with the Professor of Biochemistry, Matthew Clairmont (Matthew Goode), who also happens to be a 1500-year-old vampire.

“Season one was a brilliant introduction to the All Souls world and the love story between Diana and Matthew,” said Anne Mensah, head of drama at Sky. “We can’t wait for the show’s fans to continue the journey with seasons two and three, become more enchanted by the characters and watch the magic further unfold.”

“We were absolutely thrilled that A Discovery of Witches was such a hit with viewers,” added Jane Tranter of Bad Wolf. “There was a real sense of community throughout the run as fans old and new joined together to watch each week. We cannot wait to continue the journey with them and, as the show continues to sell around the world, bring a global fanbase to these engaging and fascinating characters.”

The second season will see Palmer and Goode reprising their roles, as their characters hide in time in the treacherous world of Elizabethan London, where they must find a powerful witch teacher to help Diana control her magic and search for the elusive Book of Life.