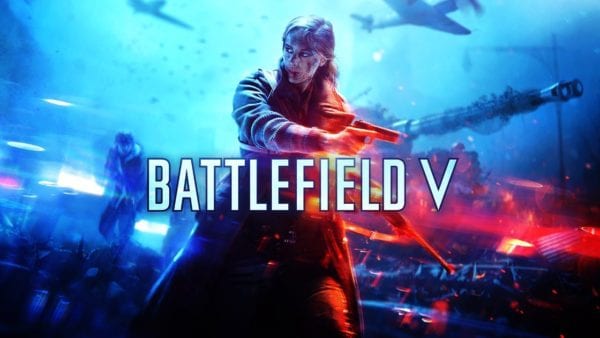 After a delay, Twitter fury at the debut trailer, weird staged releases that still don’t make any sense to me and, most importantly, huge anticipation, Battlefield V has arrived on PC, Xbox One and PS4. First impressions you ask? I’m impressed. Very impressed. To the point that I’m sat here typing up this review but wishing I had my controller in hand and charging the nearest enemy flag. Firstly, a little warning, this review focuses on multiplayer. There’s only so much time in a day so I’ve focused on what people love most about the Battlefield franchise, online multiplayer.

Battlefield V multiplayer does not disappoint. It looks fantastic. Environments, characters, weapons, vehicles, all of them improved from Battlefield 1. A noticeable highlight are the planes, just last night I watched a Stuke B-2 take down a Blenheim MK1 bomber and was mesmerised as the Blenheim fell from the sky in a twisting, smoky fireball – the graphics and physics involved in producing that are a credit to the men and women of DICE. Whilst on the subject of the planes, the handling is much improved from Battlefield 1’s offering. They are easier to control and manoeuver while still proving to be a challenge to master, which will provide fodder for the veteran pilot but not dissuade a newbie from learning the ropes. The biggest change to vehicles is that they no longer have infinite ammunition, just like a player’s character they need to resupply. This means, for example, that tanks can no longer hog a flag and blow anyone up that gets near them, they must return to a specialised resupply point which allows the battle ebb and flow from one team to the other in a way not seen in previous Battlefields – most definitely an improvement that was needed. 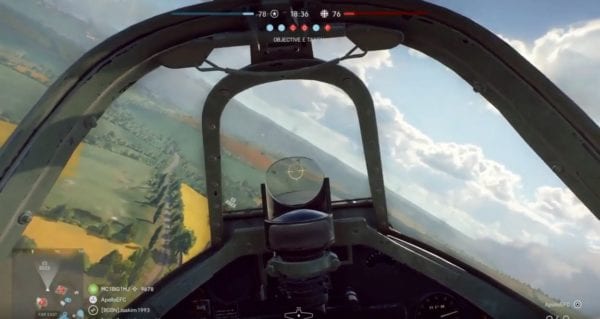 DICE have a reputation for outstanding audio and have again delivered. From the hum of the Spitefire’s propeller and the whir of its deadly machine gun all the way to the downright terror of the ominous engine of the V1 rocket and the fiery doom it brings once that engine goes silent are simply outstanding. It is often an underappreciated aspect of any game but DICE’s attention to detail helps to immerse the player in its multiplayer chaos.

The multiplayer maps are generally excellent. The detail on Arras is stunning and proves to be an excellent map for any class or vehicle. Wide open fields for tank warfare, a flat map perfect for taking advantage of the bombers and the church tower provides a superb sniping spot on an otherwise flat map – just remember Saving Private Ryan! Rotterdam is a superb map for urban firefights. Jam-packed with destructible buildings, hidden windows to reign fire down upon your enemies and just enough room for tanks to be constantly fearful of some well-placed landmines. You barely notice the lack of planes, it is genuinely that much fun. The only map I haven’t enjoyed has been Fjell. The snowy peak is a little bland and condensed and feels like a creation for the high paced COD series, rather than the wide open…Battlefield. It’s a meat grinder in the mold of Argonne Forrest in its predecessor, another map I wasn’t a fan of. Regardless of if the map feels like a Battlefield map, every single map is beautifully detailed and a marvel to look at.

More focus has been placed on teamwork in this iteration than any previous Battlefield. No matter what class you are you have the ability to revive squad mates, preserving the ever precious respawn tokens. Each one matters, already I’ve seen a few 1-0 victories so every squad revive is crucial. The added onus on limited weapons also comes into play, venture off alone and you’re likely to get injured, run out of ammo and be overwhelmed by the enemy. If you want to thrive in Battlefield V then stick close to your squad. 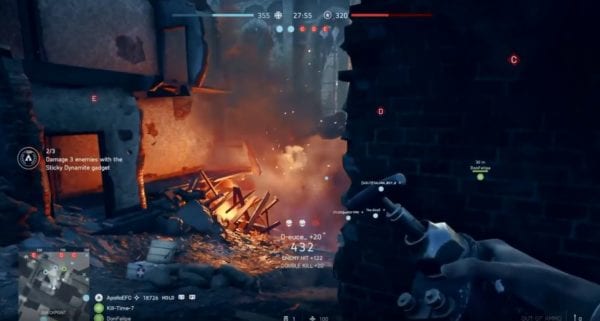 Battlefield V doesn’t come without a few negatives. The major talking point was the lack of content upon release, currently there are only 8 multiplayer maps. It isn’t ideal but compared to previous years where players have had to buy the game and then fork out for the Season Pass, effectively doubling the cost of the game, this is a much better method. More content being released during a 2 year time period and for free, I’ll take that all day long. It could’ve been handled better by EA, who are switching away from their previous model after the huge backlash caused by Star Wars Battlefront II, but teething problems should be expected. The positives of this move far outweigh the negatives and the cost.

Gameplay wise there are issues that I hope get addressed in future patches. Some weapons are overpowered to the detriment of the game. A few automatic weapons can kill a player in 2 bullets from quite a distance away quicker than a sniper – that is simply ridiculous and infuriating. On the other end of the scale, after some complaints during the Beta testing, most tanks now seem weak and vulnerable and are a little too easy to take out. I’m sure in the coming months changes will be made to balance this out and tweak it all, it happened in Battlefield 1 after all, but for the time being they remain a minor annoyance.

Battlefield V is the most fun I’ve had on a Battlefield game since the wonderful Battlefield: Bad Company series. After the initial frustration of adjusting to a different game after 2 years of Battlefield 1, it quickly became addictive, enjoyable chaos. It’s fun, engaging and gorgeous with DICE’s usual brand of fury-inducing mayhem. Despite the few flaws, all of which I expect to addressed at some point in patches, it is fantastic fun to play and I can’t wait to see what future content DICE bring out for the Battlefield community to enjoy.

Reviewed on PS4 (Also available on PC and Xbox One).