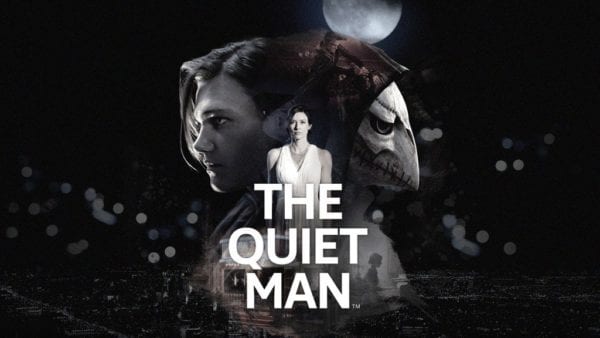 Quietly dumped on Steam and PSN this past week, The Quiet Man is a cinematic action-adventure game that, bizarrely enough, made its debut at Square Enix’s E3 presentation earlier this year. After its flatline of a world premiere, the game has released sooner than expected with nothing more than a faint ripple of not-hype, even with the vaguely intriguing potential for it to be the publisher’s spiritual successor to their infamous cult flop The Bouncer.

Needless to say, if you were confounded and disappointed by that game, The Quiet Man just might leave you curled up in the fetal position, sucking your thumb and praying to Christ. Or returning to Red Dead Redemption 2, more likely.

An unwieldy hybrid of movie and linear beat ’em up, the game’s three-hour story is comprised of roughly two-thirds FMV and cut-scenes, and one-third corridor-crawling punch-fest, as deaf protagonist Dane attempts to rescue a kidnapped singer from a masked man dressed like a bird…or something? It’s hard to tell, because as great as it is to see a game attempting to represent the deaf experience on-screen, The Quiet Man‘s mostly soundless approach is ultimately a tone-deaf (ha!) misfire.

The opening FMV sequence is subtitled with audio, but after this both the subs and spoken dialogue are abandoned, with the player left to watch the game unfold in near-silence, beyond some ambient sound effects here and there. It’s especially nonsensical as Dane can read lips, and yet nothing is done to convey his understanding to the player, such as including subtitles. 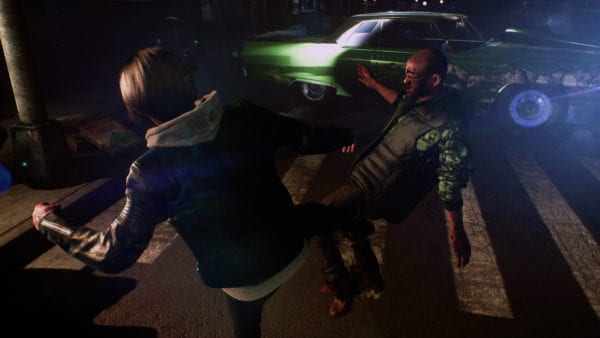 There’s certainly an ambitious idea here, but it sadly ends up being both boring and frustrating, not to mention awkward as you sit watching these mute FMVs play out while your PS4 fan sounds like a jet engine achieving flight. Even if you’re a skilled lip-reader, one favours it’s virtually impossible to know exactly what’s going on, though an all-sound version of the game will apparently unlock a week after it initially hit stores.

The actual gameplay, meanwhile, is clumsy as hell, which is especially shocking given that Yakuza action director Tatsuro Koike worked on it. The loop never amounts to anything more than a linear, dull trawl through repetitive-looking hallways and alleys, where you spam buttons to punch and dodge, and eventually perform more esoteric context-sensitive button presses against bosses that prove immensely frustrating.

Plus, when you die – and you will – you’re forced to sit through a 25-second FMV screen of your lady-friend smiling at you. A strikingly beautiful woman she is, no question, but after dying to a boss for the fifth time, it becomes utterly maddening that this isn’t skippable. That’s not to forget the painfully ill-suited camera and the number of times either you or an opponent will randomly clip through the environment. Only the dodging is really even remotely well-implemented here, and everything else is a pure bust.

The naff combat is all the more weird and irritating as the fight choreography during FMVs and cut-scenes is actually pretty neat at times. When Dane isn’t punching or kicking someone, though, the live-action video is howlingly cheesy if not incomprehensible, and also makes the fatal mistake of playing itself totally straight without even a drop of self-awareness. 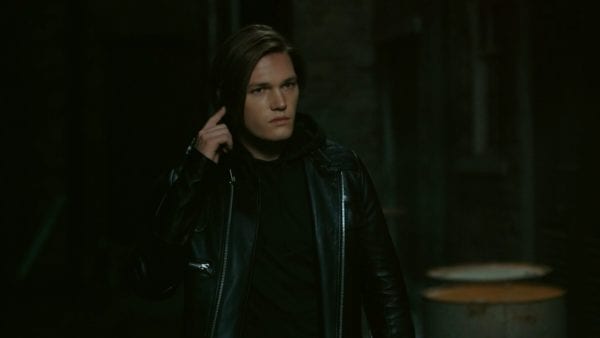 There are heaps of cliches – many of them pointed in racial and ethnic directions – and occasionally a scene will needlessly play out in-engine as though the devs forgot or couldn’t afford to actually film them with actors as intended. The transitions between FMV and cut-scenes are at least impressively seamless, and style-wise the video segments are visually solid enough, if bloating the game’s file size out to a hefty 26GB.

This is a boring game that doesn’t even have the aforethought to explain its gameplay properly, to say nothing of its opaque narrative. There’s no tutorial to speak of, only “mild” and “hard” difficulties (and mild sure proves frustrating enough), and an obtuse menu interface where even just figuring out which button does what is a cumbersome slog.

At least it’s “only” 3 hours long, and by launching for “just” £10.79 on Steam and PSN (for PS+ subscribers, that is) it seems less gross than had Square Enix dared to charge the full AAA whack. But even so, it’s easy to imagine many feeling thoroughly ripped off by a game that was inexplicably given the glitzy E3 coming-out party not even six months ago.

Already touted by some as The Room of video games, The Quiet Man near-instantly derails a compelling concept with its most horrid execution and thigh-slapping self-seriousness, and is sure to go down as one of the worst games of 2018. If you’re in the market for a so-bad-it’s-good gaming disaster-piece, grab some pals and some beers, but if not, give this the widest berth possible. 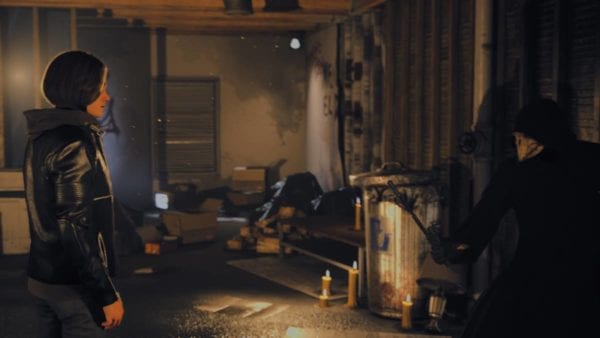 Pros:
+ An ambitious and inclusive premise.
+ Some decent visuals.