Viz media has announced the upcoming North American release of Pokemon The Movie: I Choose You! manga adaptation of the 2017 anime film, which depicts Ash and Pikachu’s very first adventure together.

SEE ALSO: Read our review of Pokemon The Movie: I Choose You! here 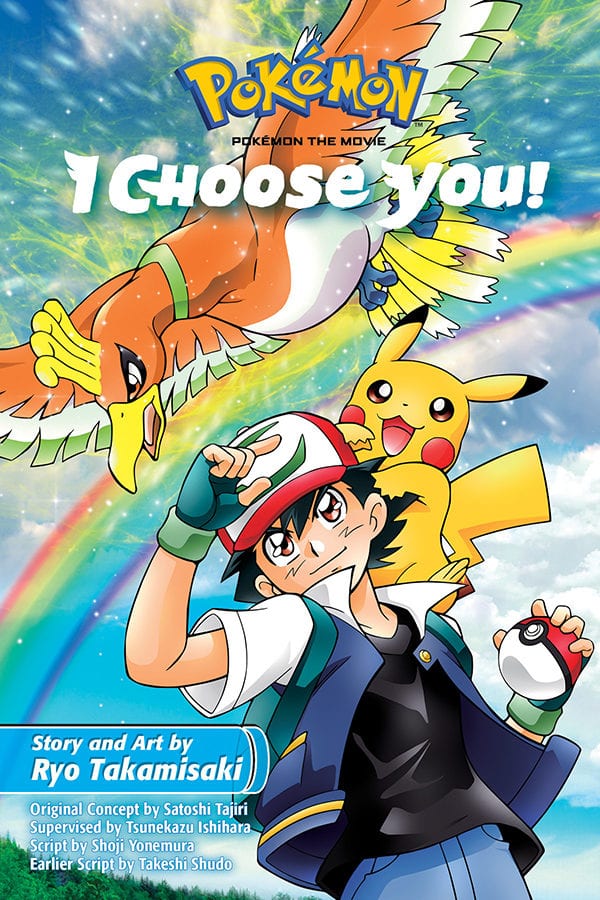 When Ash Ketchum oversleeps on his 10th birthday, he ends up with a stubborn Pikachu instead of the first partner Pokemon he wanted! But after a rocky start, Ash and Pikachu become close friends and true partners, and when they catch a rare glimpse of the Legendary Pokemon Ho-Oh in flight, they make plans to seek it out together. Trainers Verity and Sorrel join Ash on his journey, and along the way, they meet the mysterious Mythical Pokemon Marshadow. When they near their goal, an arrogant Trainer named Cross stands in their way. Can Ash and Pikachu defeat him and reach Ho-Oh as they promised, or will their journey end here?

Pokemon The Movie: I Choose You! is set for release on December 11th.