With Aquaman just a few weeks away from release and Birds of Prey (And the Fantabulous Emancipation of One Harley Quinn) beginning production in January, Warner Bros. and DC are ramping up development on more of their superheroes as TheWrap is reporting that Gareth Dunnet-Alcocer, writer of the Scarface remake over at Universal, has signed on to pen a script for Blue Beetle. 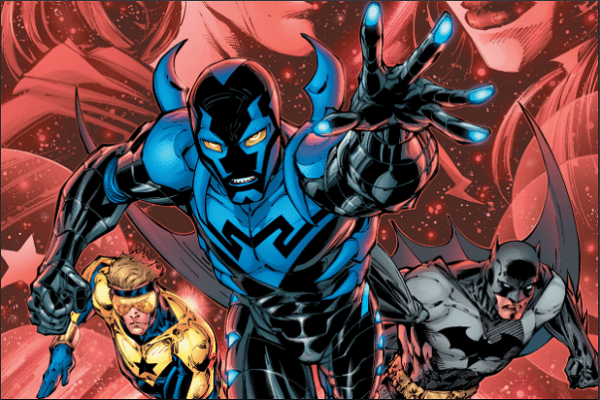 Blue Beetle uses a piece of alien technology called the scarab to fight crime. The device bonds itself to the host and is able to create any weapon the user sees fit. In the publication history of DC, there have been three different Blue Beetles: archeologist Dan Garrett, scientist Ted Kord and teenager Jamie Reyes.

The film will focus on the Jamie Reyes interpretation of the hero. Reyes discovered the Blue Beetle scarab on the way home from school with two of his best friends Paco and Brenda, half-buried in a disused lot. Reyes took the scarab home, curious as to what it might be. That night, the scarab came alive, and grafted itself to the base of Jaime’s spine, and provided him with a suit of extraterrestrial armor which can be modified to enhance his speed and strength, as well as to create weapons, wings and shields.

Since his creation, Reyes has gone on to join the Teen Titans and has been a major character in the Young Justice animated series, Injustice 2 video game and the DC animated films Justice League vs. Teen Titans and Teen Titans: The Judas Contract.

This will mark the first time a Latino-superhero has been the lead for a DC film. Zev Foreman will executive produce for WB and DC. 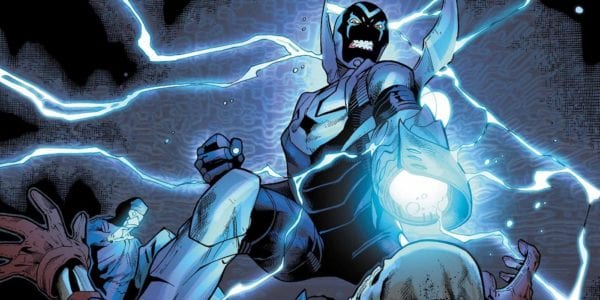