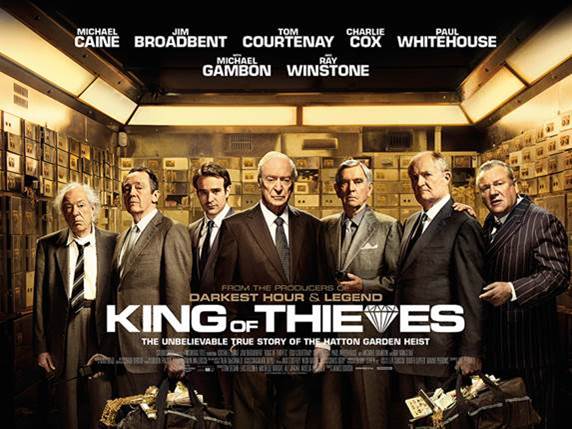 As King of Thieves gets ready for release in North America next month, a new U.S. trailer for the true crime story of the Hatton Garden heist has been released. From director James Marsh with a script by Joe Penhall, the film stars Michael Caine, Jim Broadbent, Tom Courtenay, Charlie Cox, Michael Gambon, Paul Whitehouse and Ray Winstone as a group of thieves on their final job gone wrong. Watch the trailer below….

King of Thieves is set for release in North American theaters and On Demand January 25, 2019.