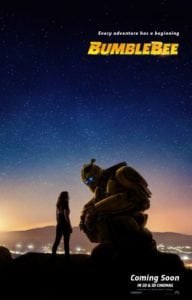 In the year 1987, a young Autobot soldier is sent to Earth to scout the planet as a potential hideout for the warring Transformers. Bruised and battered, he disguises himself as a yellow Volkswagen Beetle and hides on the lot of a rundown car repair shop, where he befriends 18-year old outsider, Charlie (Hailee Steinfeld). 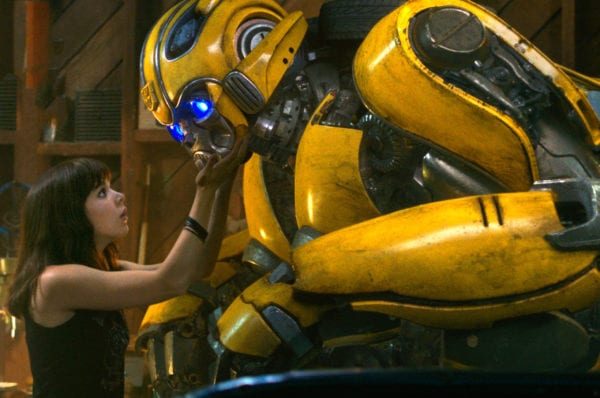 So hope for Hasbro’s has-beens (The Last Knight grossed a series low $130 million at the domestic box-office) was entrusted to screenwriter Christina Hodson, and Kubo and the Two Strings director Travis Knight, whose job it was to take the franchise in a different direction. The good news is that they’ve achieved this feat with aplomb, by stuffing so much heart under the hood, dialling back the scope, and licensing more 80s bangers than a season of Stranger Things. As Bumblebee himself might surmise through his clunky radio dial vocabulary, “What a Feelin”.

Something of a Superman narrative, the action kicks off on Cybertron, as Bumblebee is sent from his dying planet. What’s noticeable straight away from this prologue is how clean and decipherable the action is. Gone are the hyperactive edits and lack of focus associated with the franchise’s kinetic action. There’s a clarity to the visuals that must surely be attributed to Knight’s Laika Animation background. The set-pieces in Bumblebee are kept relatively simple – a forest showdown, a high-speed car chase, and a dockyard finale – all of which means that the CGI mechanics can take a back seat to the central relationship. 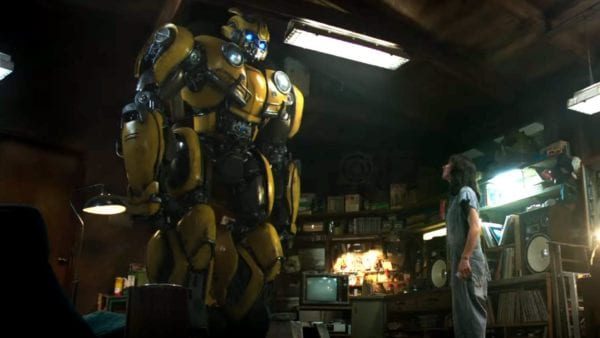 Selling the connection between a robot and a teenage girl, Hailee Steinfeld is the heart of the film. More time is spent establishing her character than all of the human elements in Bay’s movies combined. She is given a backstory which adds some real emotional heft to her bond with Bumblebee, and it pays off with countless moments of loveable humour – a running gag about The Smiths is a doozy – and so much misty eyed charm, that for the first time in this series you actually care about the fate of a Transformer. Some of their scenes and lines are straight from the E.T. playbook, particularly a sequence in which the giant robot is left home alone, but when has that ever been a bad thing?

The villains also get personalities beyond that of simply spouting soundbites, with Angela Bassett having some fun behind the mic as the main Decepticon, and John Cena almost stealing the show with his OTT army grunt. In fact, everyone seems to be enjoying themselves, and it definitely translates to the audience.

Visually Bumblebee revels in its 80s setting, with everything from huge extended walky-talky ariels, to A.L.F. references scattered throughout. Importantly, all of this is secondary to the story. Even when the finale threatens to descend into a familiar robot on robot smack-down, Knight refuses to simply throw everything at the screen, with time afforded to intimate emotional moments, character callbacks, or welcome comic-relief. 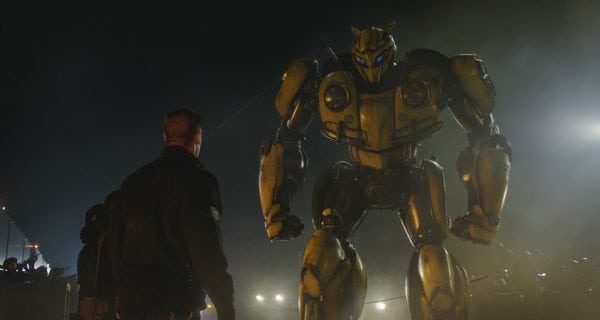 Bumblebee‘s greatest success is in how it manages to transform from something so cold and unloveable as its immediate predecessors, into a family film full of nostalgic charm, which has a touching depiction of friendship at it’s core. That sentence was written about a Transformers movie. Imagine that.