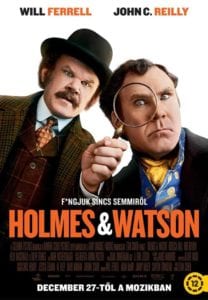 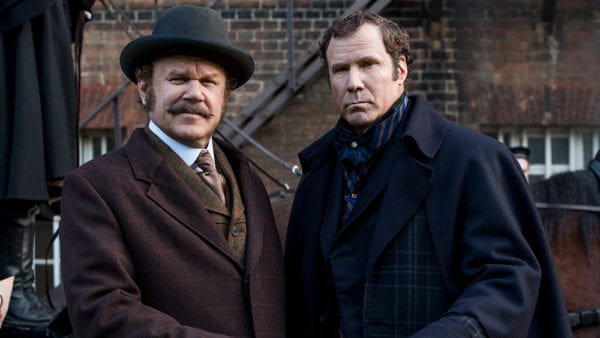 If the litmus test for a solid Sherlock Holmes spoof is the absence of a “No shit, Sherlock” gag, then it’s one that Etan Cohen’s – no, not Ethan Coen – new “comedy” fails enthusiastically beyond that mere moldy zinger.

Despite all the on-paper promise of an unofficial Step Brothers sequel by way of The World’s Greatest Detective, it’s tough to recall such a hugely talented cast being wasted on so desperately little in recent memory.

The particulars of the plot escape the mind almost immediately after the curtain raises on the movie – if not before, in fact – though the hook sees Holmes (Will Ferrell) and Watson (John C. Reilly) attempting to prevent the assassination of Queen Victoria (Pam Ferris) at the hands of Holmes’ moustache-twirling nemesis Professor Moriarty (Ralph Fiennes).

This is basically a non-fussed primer for writer-director Cohen to deliver 89 minutes of Ferrell, Reilly and a cavalcade of over-qualified thesps half-heartedly riffing their way to the finish line. Not all of the ideas here are in fact bad – especially some potential-filled ribs at Watson’s under-appreciated sidekick status – yet without a firm base on which the improv-savvy cast can elevate the material, the end result feels woefully undercooked. 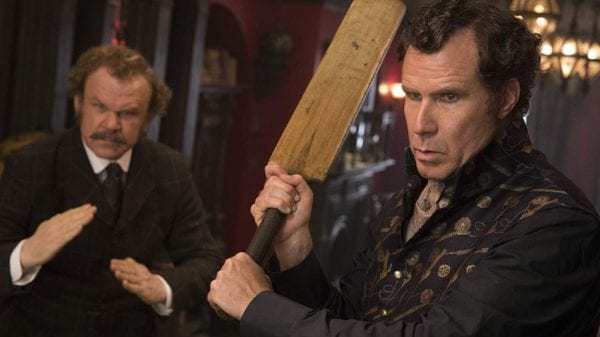 Conspicuous by his absence in anything but a producer capacity is Adam McKay, making this the first of the four Ferrell-Reilly collaborations not to be written by both McKay and Ferrell and also directed by McKay.

The ball is handed off to Cohen, then, whose wildly inconsistent screenwriting credits include Tropic Thunder, Men in Black 3 and his Ferrell-starring directorial debut Get Hard. Cohen near-instantly proves wildly out of his depth as a filmmaker, dishing up distractingly ADR-heavy dialogues and only the most flattened, lifeless sense of visual personality throughout.

The script is King as ever, yet between tired attempts to send-up previous iterations of Sherlock Holmes and a handful of cringe-worthy references to Trump-era America, there’s precious little to get the gut going. If you find Ferrell and Reilly talking with intentionally bad English accents hysterical, this might be the movie for you, but otherwise there’s almost nothing here that passes for even the vaguest semblance of wit or fundamental creativity.

And as such we’re left to conclude that the film’s oddly esteemed cast was only lured here by biting off as much of its $42 million budget as possible. 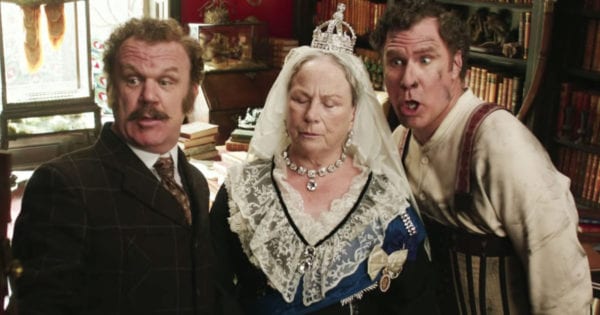 Despite the note-perfect casting of Ralph Fiennes as Moriarty, however, he sticks around for just a glorified, throwaway cameo, while poor Kelly Macdonald and Rebecca Hall are left to handle the bulk of the supporting work. Their roles – as a Scottish live-in “trollop” and a smug American doctor respectively – somehow prove among the movie’s more dignified, if perhaps only because they execute them with such misplaced gusto.

To the surely scarce surprise of anyone who actually dares to sit through it, Holmes and Watson actually started shooting over two years ago, and despite its clear technical simplicity, has languished on a studio shelf for a considerable time. Sony reportedly attempted to shop the movie to Netflix, yet even the streaming giant apparently winced at the thought of including it alongside their slate of Adam Sandler-starring Originals.

Unless you’re the most forgiving fan of the central comic duo or really, really liked Get Hard, this is an almost impressive squandering of an intriguing cast and premise. An astoundingly lame SNL skit stretched out to excruciating feature length, while wasting a feted cast in the process.