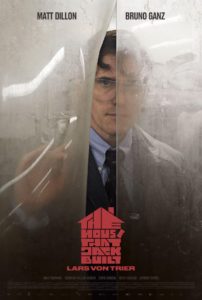 The story follows Jack, a highly intelligent serial killer, over the course of twelve years, and depicts the murders that really develop his inner madman. 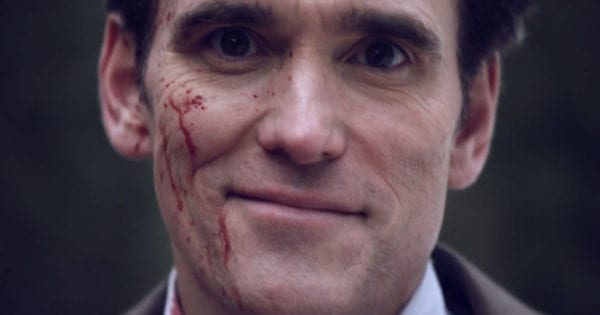 Though the wilful shock value of Lars von Trier’s latest film might threaten to be positively un-shocking given the director’s calculated modus operandi to troll his audience, The House That Jack Built nevertheless offers up the most conceptually sure-footed of his recent left-field forays.

The thriller opens on a black screen, as serial killer Jack (Matt Dillon) is heard discussing his life’s work with an older man, Verge (Bruno Ganz). Over the 153 minutes that follow, Jack regales Verge with five randomly-selected stories of his murderous antics which transpired over a 12-year period.

Naturally it doesn’t take long for von Trier’s film to provoke those who dare to watch, as Jack’s first victim has their skull caved in with a blunt object in the opening 10 minutes. If this appears to set the tone, the rest of the movie in fact plays out along a far more suspense-driven bent, taking a slow-burn will-he-won’t-he approach to the poor souls Jack encounters.

And while many of these scenarios seem on the surface to be familiar serial killer set-ups, Matt Dillon’s title character is anything but. Though the full extent of Jack’s mental dysfunction is never explained, he’s a skittish mess at best around most people. His attempts to surreptitiously carry out his killer compulsions often result in him concocting a wildly convoluted spiel in order to get his foot in the door. 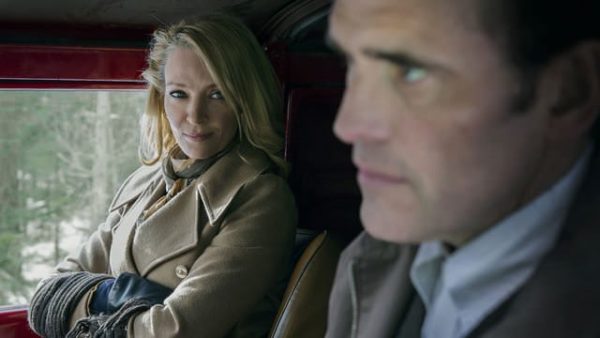 To the surprise of few familiar with the director’s work, he plays this for laughs and, better still, it actually works. A standout sequence sees Jack revealing that he suffers with Obsessive Compulsive Disorder, after which he returns to a crime scene an aggravating number of times in order to re-clean it, even threatening to get himself caught in the process.

In these moments and many others the film is a supremely effed-up comedy-of-errors, a most demented black comedy kept on an even keel at all times by Matt Dillon’s stunningly po-faced performance.

Despite the project’s fundamental absurdity, Dillon never lets his straight face drop, and his chiselled, bony countenance makes him easily believable as both a handsome, stoic charmer and something decidedly more unsettling. Whatever you make of the result overall, it’s incredibly difficult to argue with the persuasive commitment of his work here.

Dillon is of course himself a pawn in a von Trier experiment which actually turns out less obtuse and nebulous than you might expect, following the Nymphomaniac duology as it does. Yes, there are lengthy interjections where Jack and Verge discuss subjects such as architecture, aesthetics and the artful potential of killing – accompanied by B-roll that frankly looks like it was ripped from YouTube – yet the ultimate through-line towards the movie’s barmy, can’t-be-spoiled finale has absolute clarity in retrospect.

It’s tough to deny that much of Jack’s quest is also a self-reflexive commentary on von Trier’s troubled career itself, marked by deeply depressive episodes and substance abuse issues. There’s literally a sequence in this movie where Jack finds himself unable to shoot a victim for tedious logistical reasons, and that inability to shoot can’t help but feel like a commentary on the director’s own struggles to execute his vision. 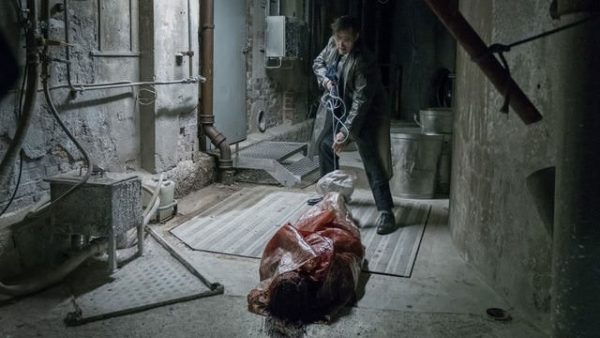 If you need any further evidence, there are even brief clips of various von Trier joints inserted into one sequence, and that he pulls this off without appearing to pat himself on the back is frankly remarkable.

As for the visceral sentiment of the film’s more genre-centric aspects, there will be those who flatly dismiss it as the depraved fantasy of a troubled misogynist who clearly needs to see a therapist. This is, after all, a film featuring the brutal murder of numerous women, not to mention the graphic bodily mutilation of both several humans and an animal.

And while it’s probably a fool’s errand trying to dissuade von Trier’s detractors otherwise, this film does make an attempt to confront the woman-hating accusations head-on, as Verge asks Jack about the mostly-female nature of his victims. It’s unlikely those offended by his portrayals of women will find much solace here regardless, but for all of his attempts to bait audiences, you can’t discount the man’s willingness and desire to look inward.

With its fearless, aggressively revolting approach to the serial killer movie, The House That Jack Built is not for everyone, and indeed, probably not for many people at all. But it is another bravura dive down the rabbit-hole with Lars von Trier, and one tailor-made to divide, yet topped by one of the finest performances of Matt Dillon’s career.