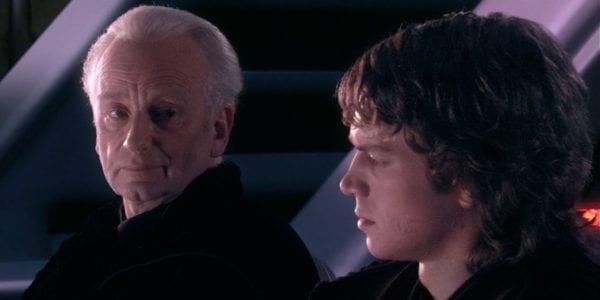 “There was no father, that I know of…I carried him, I gave him birth…I can’t explain what happened…”

As revealed in the latest issue from writer Charles Soule and artist Giuseppe Camuncoli, Shmi’s pregnancy was the result of Palpatine using the Dark Side of the force to influence the midichlorians to create life – just as fans have speculated ever since The Emperor recounted ‘The Tragedy of Darth Plagueis the Wise’ to Anakin Skywalker in 2005’s Star Wars: Episode III – Revenge of the Sith.

Here’s the panels from the comic, via Screen Rant: 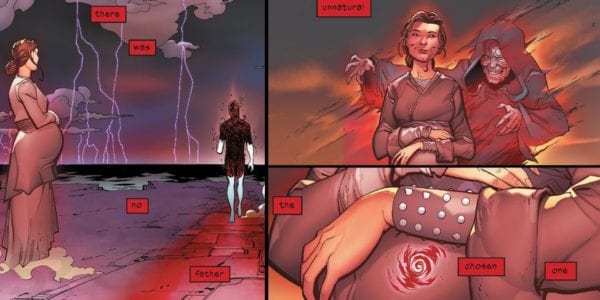 This reveal has huge implications for Star Wars canon, in that Emperor Palpatine is essentially the grandfather of Luke Skywalker and Leia Organa, and the great-grandfather of Kylo Ren.

Whether this will have any impact on the movie side of the galaxy far, far away remains to be seen, although it has been rumoured that Emperor Palpatine could be set to share a scene with Kylo Ren in Star Wars: Episode IX, so I guess we’ll need to wait until December 2019 to find out… 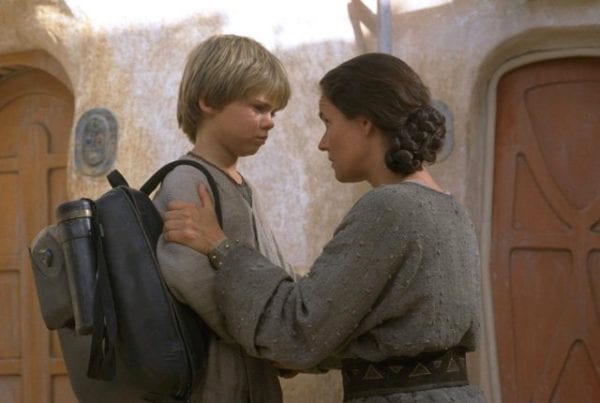