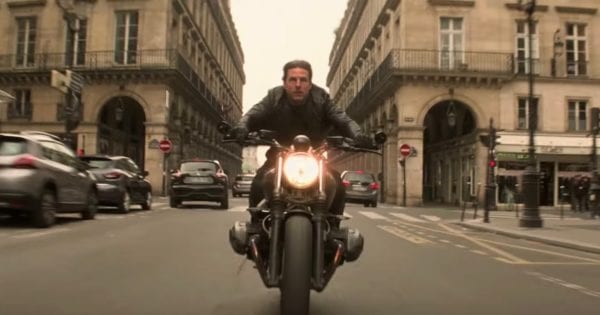 After the success of Mission Impossible: Fallout, Christopher McQuarrie is accepting the mission for making more films. Variety is reporting that McQuarrie is returning to direct the next two films in the franchise, shooting them back-to-back. At the time of reporting, the films will see a summer 2021 and summer 2022 release date.

Sources tell Variety that they are filming both films so close to each other in hopes to jump on the momentum the franchise is seeing as of late. The latest installment Mission Impossible: Fallout just took home the Critics’ Choice award for Best Action Film and grossed over $790 million worldwide, so the critical and audience love is very much there. It’s reported the only reason they are waiting until 2021 is to avoid conflict with another Tom Cruise and Paramount film, Top Gun: Maverick.

McQuarrie will now look to start writing the script with sources indicating the studio intends to shoot in 2019. The pre-production will fall under the time Cruise is shooting and promoting Top Gun: Maverick. This shows the studio’s faith and commitment to bring together the new dream team of Cruise and McQuarrie.

SEE ALSO: Should you choose to accept them, here are the best Mission: Impossible moments

Are you excited about the news of Christopher McQuarrie helming back-to-back Mission: Impossible movies? Let your feelings known in the comments below or on Twitter @FlickeringMyth…