With only a few days into the New Year, Columbia Pictures’ Escape Room is one of the first films being widely released in 2019. The life-is-a-game thriller directed by Adam Robitel, is being compared to a mix of Saw and The Game. With every great horror/thriller comes a great score, and in this instance the compositions are being described as a dark, synthwave, industrial powerhouse. With a description like that, we decided to speak with one of the composers, John Carey (who scored the film alongside Brian Tyler), where he talks about every aspect of scoring the nail biter. 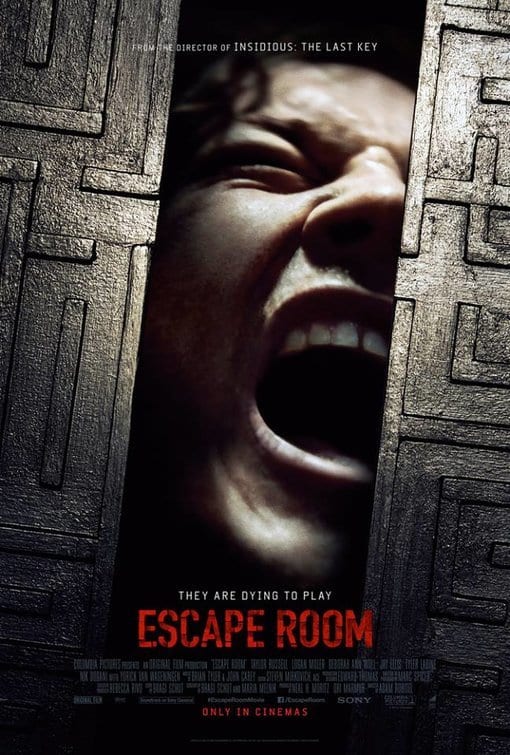 About how long did you work on Escape Room?

The scoring process was a little over a month. It was a quick turnaround, but a fun challenge!

Did you write only to the script, or had you seen any early versions of the film to guide you?

Brian and I were brought on in the post production phase of the film so we already had a nearly finished cut of the movie to work with at that point. That really helped us hit the ground running because the sequences didn’t change very much as we were scoring the film.

What was one of the biggest challenges scoring Escape Room?

We challenged ourselves to give the score a unique identity that would relate to the concept of an escape room being a machine that can kill people when the clock runs out. We did so by trying to make the score less humanized by adding machine-like motor sounding elements. Which ended up being a lot of sound effects that we recorded and manipulated with effects. Things like ticking clocks, drill bits and power tools, metals being banged on etc. The interesting thing was that these sounds are naturally very unmusical, so when we use them in musical ways it creates a sense that the score is also being driven by a machine. It superimposes on top of a score that also has lots of human driven emotion too. 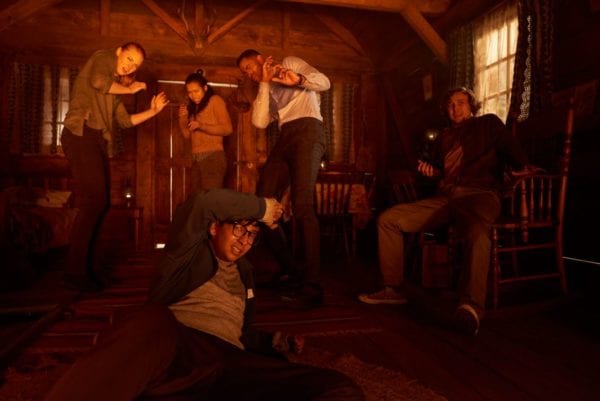 We read that the score for the film is very electronic. Which synths did you use for the score? Was it always going to be electronic or after you began working on the film it just happened to go in that direction?

We knew that the right direction would be electronic music with big percussion and large ambient soundscapes. Using an orchestra seemed a little too pure, and we wanted the music to be able to feel like it’s part of the different “dirty industrial factory” kind of environments we find ourselves in during the film. We used a number of synths on the score, mostly vintage analog synths like the Moog or the Prophet 6 keyboards. There were some software synths used as well but we stayed true to using as much analog sounds as possible. Which can take much longer! Then of course the sound effects we recorded and manipulated were a huge part of the score’s unique personality.

Horror films tend to either have an over the top score that signals when something bad is about to happen or subtle scores that are quieter and equally terrifying. Which does this film have?

I think this film has both but it mostly stays in the realm of being pretty intense. This is a story where past a certain point, all the characters are aware that time is running out and they are playing a game for their own survival. Which kind of eliminates the option of the score staying more neutral and leaving room for the audience to second guess if there is actually any terror or not. We know what they are in for, so the music has to play it that way.

You scored Escape Room alongside Brian Tyler. Are there particular scenes that each of you scored that you think stand out the most?

I can think of many but what pops out of my head at this moment would be a montage cue we did in the beginning of the film involving all of the main characters. Despite the movie being pretty intense and thrilling, this moment of the score stands out a bit because it’s pretty upbeat and optimistic. I love that this movie left room to still have some optimism! 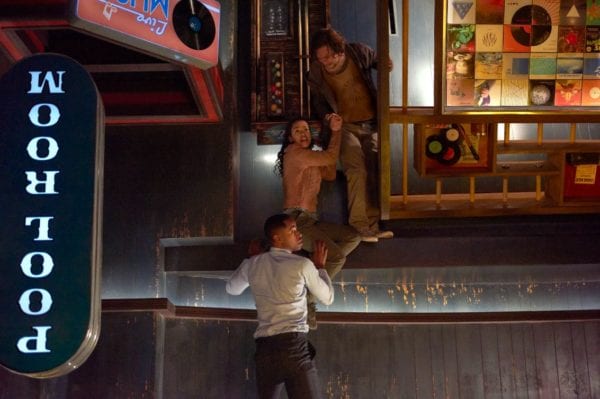 How closely did you work with the sound designers for the film?

We were sent the sound design track along with a cut of the film when we started scoring. This helped us to make sure to write music that could exist with the sound effects together in a way where they don’t compete with each other for sonic real estate. You have to choose instruments that are in different frequency ranges as the sound design. For example, percussion can be an interesting problem to solve if you have lots of big crashing noises in the film because the two can easily become muddy and indiscernible from each other if you aren’t careful.

What do you think moviegoers are going to say after watching the film?

I think they are in for a fun ride. There are some really cool set pieces in the movie that I think are pretty memorable and not expected. Some people may leave questioning if they want to do an escape room again!

The Escape Room score is available now via Amazon.