Just off Dean Street in an exclusive boutique hotel in London we were lucky enough to sit down with Fionn Whitehead, Asim Chaudhry and Will Poulter to discuss all things Bandersnatch. What follows are their options on everything from social media intrusion to interactive programming. They were all interesting, convivial, grounded and open about their experiences. Enjoy, but be warned there are spoilers… 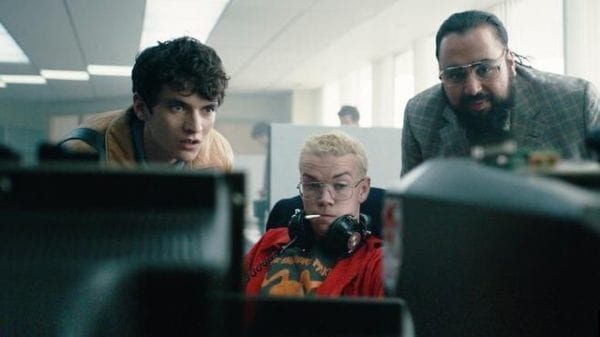 How has it been doing junkets after the project release?

WP: I think it’s so spoiler rich doing it any other way and because the shooting process and the product itself was so unique, as far as all the different narrative strands are concerned, it’s only right the press goes the same way right. So you do it backwards. There might be another release of Bandersnatch in a few weeks and we will see you again.

AC: We’ll add some more telephone code. I’ve said it a few times today but I’m a bit of a voyeur on Reddit and I decided to post a picture up because, as you said it’s nice to see how the fans go crazy for it and all their theories and everything. I posted a picture up in one of the versions when he kills me (Will Poulter) and we did a little selfie afterwards. He had blood all over his face and I just wrote ‘we’re friends in real life’. Then all these people jumped on it but I just wrote ‘relax’ from the trailer. Then people were like right that’s a code and they thought it was the code for the therapist and I was like ‘wow people really are in that hole’. But then it’s lovely to see because it evokes that emotion and everyone felt they were part of this.

In the wake of Will’s decision to step away from social media I wondered whether anyone else suffered negativity from Bandersnatch?

AC: I’ve had a comedy character around for a long time now in this country and I think, especially with a self-deprecating comedy character, there is always someone getting murdered in the background. So any negative stuff I used to get which wasn’t much usually came from people on line being idiots saying what they want, hiding behind a computer screen. It’s a weird thing people do, and I don’t get it, but with me the character could say everything bad about himself before anyone else could. What can you say to a comedy character anyway their going to take the piss out of themselves. Plus I had that mask to protect my own feelings and ninety nine point nine percent of the stuff is positive and lovely, but you get to a point where you can’t read the comments. Don’t read the comments that’s what I say. Look at your numbers and go ok that did well and move on. But I’ve gotten racist stuff and all kinds of stuff and there are idiots out there. And like Will said sometimes you just have to completely step away from it because your mental health comes first and I admire the action he has taken. 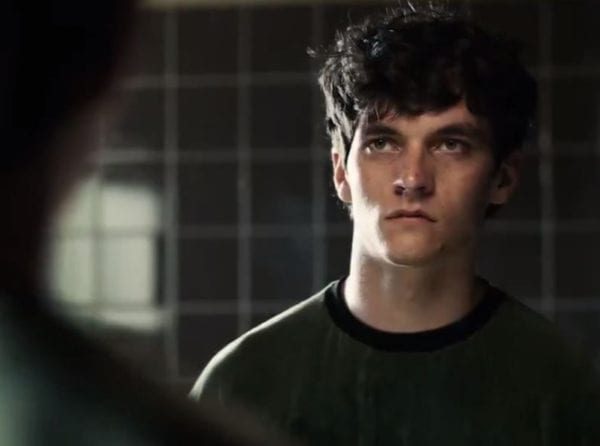 Would agree that social media has gotten darker since Black Mirror started, where as before it was considered a very positive thing?

FW: I think it has the ability to do both. It has the ability to do both positive and negative things. I think the negative aspect of social media, one of its biggest ones and its affect on the individual is that it can feed this need for validation from others. I think that is fundamentally wrong and it’s something we all have anyway, but to feed that beast anymore than you have to, especially as an actor, can be very detrimental to your health. The positives are its now much easier to contact people you might not be able to reach and its easier to put stuff out there to raise awareness on anything.

AC: Plus social media is a game and it is a game you can’t win because you can never get the top score. Then even if you do there is always going to be someone else who tops you.

In terms of the process for making Bandersnatch was it more time consuming or mindbending as actors than say something more conventional?

WP: So mind bending and I am probably best placed to answer this because I feel like I struggled with it the most. I was in awe especially of Finn who had the most material to obviously grapple with and considerations in terms of levels of knowing, and characters to interact with, cycles to confront. At the end of any given day on Bandersnatch I felt like my brain was melting and I was literally unable to have conversations with people, because it used up all my mental energy. It’s hard enough ordinarily shooting something when you tend to do it out of sequence and managing a character arc when you’re not shooting things in sequence, but when you’re character arc splits off into a multi strand narrative and you’re having to cater to all these different choices from the audience member, it can become very confusing. Particularly if you’re shooting those versions in a back to back to back to back on a wide, then punching in a two shot and then doing version one, two, three, four, five then punching in on a single and going back to version one. And you know actually we just need to pick up version three on the two shot again. You know it’s hard not to just sort of combust.

FW: I think I compared it earlier to a Rubik cube but it’s like the filming version of the Rubik cube. As in incredibly confusing.

AC: And we need to shout out Marilyn (Kirby) who was the script supervisor because she must have had, you know her and David (Slade) just trying to make it work.

WP: I would say she is the unsung hero on this project.

AC: Script supervisors in general are the unsung heroes because they are the ones who know what’s going on all the time.