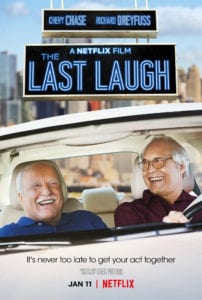 When retired talent manager Al Hart is reunited with his first client, Buddy Green, a comic who quit show business 50 years ago, he convinces Buddy to escape their retirement community and hit the road for a cross-country comedy tour. 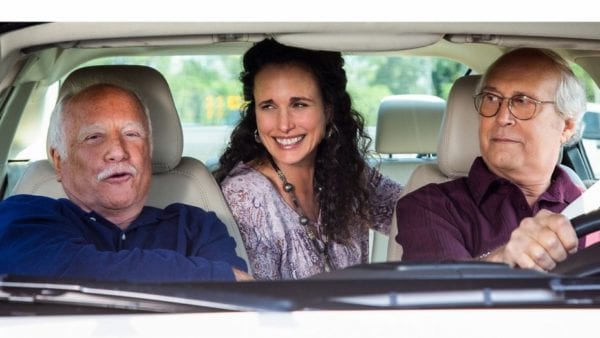 The beginning of the year is always a quiet period for new releases beyond the usual 2018 stragglers, and with these cold winter months making a trip to the cinema less-than-inviting, even the most unambitious Netflix offering can seem mightily appealing. As such, The Last Laugh certainly doesn’t reinvent the old man road movie, but it is a comforting, warm blanket of a film which lives and dies on the charms of its two aged stars.

In the hope of scratching an existential itch, retired manager to the stars Al Hart (Chevy Chase) sets off on a road trip with his former client Buddy Green (Richard Dreyfuss), a talented stand-up comic who ditched his career 50 years ago in order to start a family and become a podiatrist. Hoping to rekindle Green’s career while proving his own vitality in the process, Al embarks with Buddy on a comedy tour from California to New York, with each inevitably learning much about themselves – and, yes, each other – in the process. 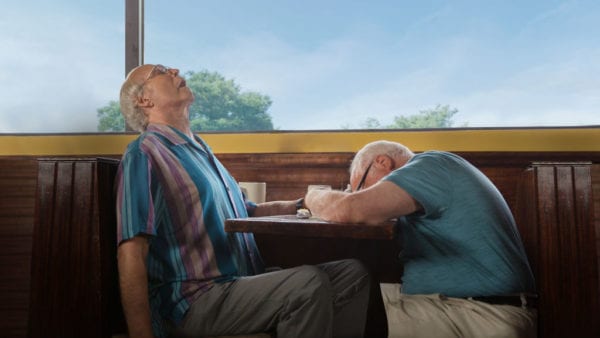 As if it wasn’t obvious enough already, there’s absolutely nothing in this one-last-hurrah dramedy you haven’t seen before; the over-the-hill old coots want to prove to themselves that they’ve still got it and that time hasn’t quite run out for them yet, and that’s exactly what happens. It hits all the predictable, manufactured beats you’d expect without anything approaching subversion or originality, but thanks to rock solid work at the forefront, it just about adds up to a moderately enjoyable sit.

The supporting cast is meanwhile talented albeit utilised to a mixed degree; Kate Mucucci proves mildly diverting as Al’s peppy granddaughter Jeannie and Lewis Black gets a few amusing scenes as a jobbing comedian, though Andie MacDowell’s inclusion in the movie’s second half as Al’s arbitrary love interest feels rather needless. It’s not that McDowell turns in bad work, but her romance with Al too often overshadows the more appealing two-hander between the focal old fogies. 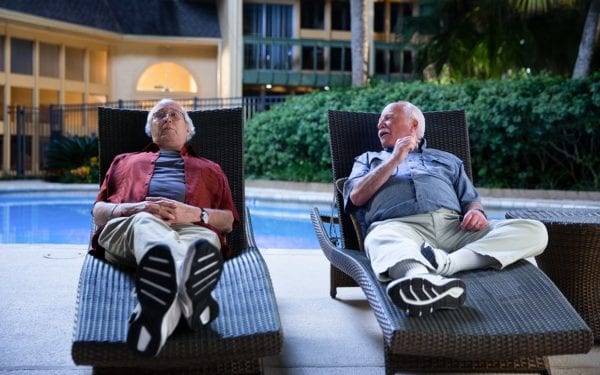 Technicals are completely unfussy as is the usual mode for Netflix comedies, for despite some visually impressive second-unit scenic shots – which look extra-splendid in 4K – scenes are generally overlit into oblivion and a garish digital sheen is often present. The third act decides to get more ambitious by throwing goofy CGI effects into the mix during a shroom-induced trip sequence, and the end result is clearly compromised by the obvious budgetary constraints.

If you’re craving anything more than cotton candy Hallmark humanism, The Last Laugh doesn’t really cut it, but if you’re in the mood for an agreeably familiar, middle-brow road movie, it does just enough to land a passing grade. Fundamentally generic old codger froth, yet elevated by Richard Dreyfuss’ endearing performance.