A mysterious new player has entered the Marvel Universe in Major X, and the truth behind their identity will be revealed revealed in an all-new, six issue mini-series from Rob Liefeld, co-creator of Deadpool, Cable and X-Force. 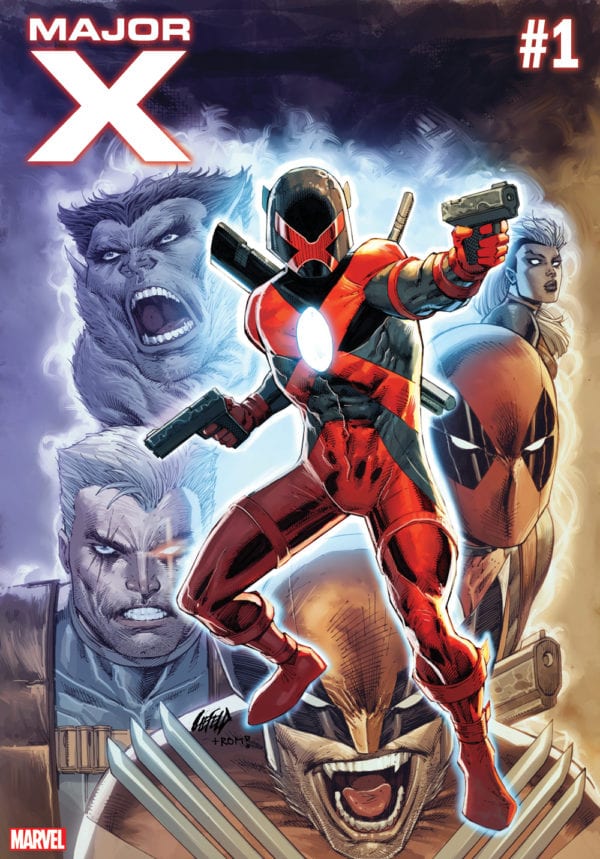 “To me, the X-Men have always thrived on big ideas, crazy ideas,” states Liefeld. “Major X introduces a new character who is certain to mix up everything in the X-world. He hails from another existence, which is called the ‘X-istence’ — a mutant Shangri-La, a safe haven that has been a realm where mutant kind has lived in peace and harmony. They escaped there following a tragedy that befell mutant kind, and built this community…but then a terrible event happens within the X-istence that causes Major X to cross over and land in the Marvel Universe that we know.”

“I still remember when Rob made his Marvel debut, and the impact his art and storytelling had on comics,” adds Marvel editor-in-chief C.B. Cebulski. “The energy and enthusiasm Rob brings to comics and every page he draws is still felt to this day, and it’s a joy to have him return to his roots with the X-Men. Rob may have started developing these X-ideas 30 years ago, but his story will leave an indelible mark on our modern mutants!”