Marvel has announced that Marvel Team-Up is set to return this April for a brand new series, with the first arc set to featuring the pairing of Ms. Marvel and Spider-Man courtesy of Ironheart writer Eve Ewing and artist Joey Vazquez (Spider-Geddon). 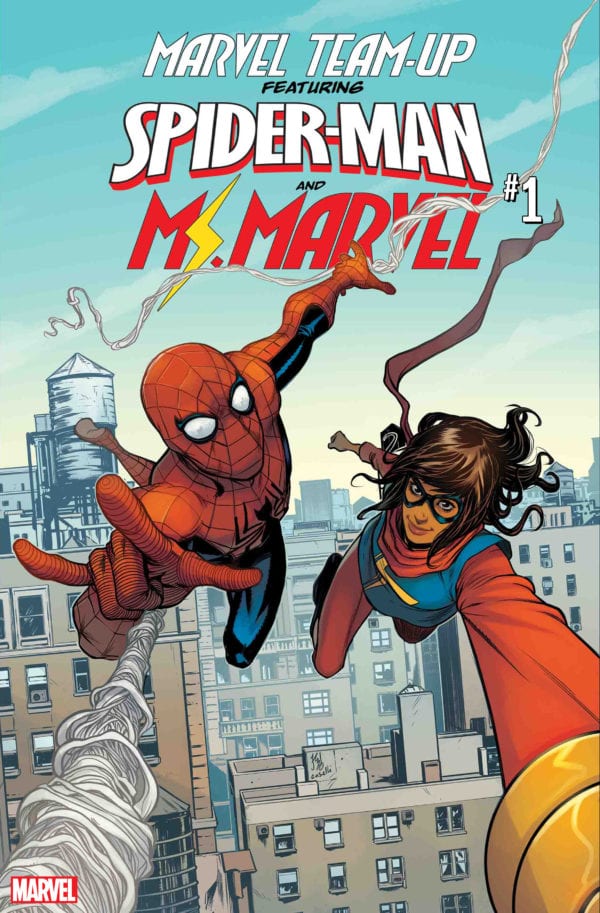 “I don’t want to reveal too much, but my goal with the story is to have maximum fun with two characters that are both really sweet and really cool people who are fan favorites (and faves of mine), and to put them both in some delightful awkward and uncomfortable situations where they have to stretch to the limits of their abilities,” said Ewing.