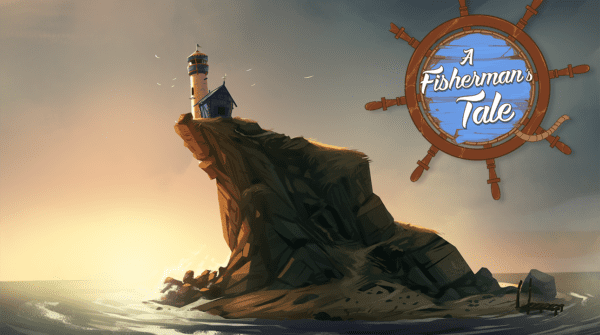 PSVR’s 2019 gets off to a surging start with the one-two punch of Ace Combat 7‘s delirious VR suite and now A Fisherman’s Tale, a delightfully disorientating puzzler from Innerspace VR (Firebird: La Peri) that in many ways pushes the boundaries of precisely what VR gaming can be.

The player controls Bob, a small fisherman puppet who lives alone in his seaside cabin. After receiving a storm advisory, Bob must trek to the top of his lighthouse in order to turn on the light, but this quickly becomes a more taxing task than it initially seems.

A Fisherman’s Tale‘s twisty hook is that the player isn’t merely controlling their own actions as a VR character, but also two extra iterations of Bob – one larger and one smaller. You are effectively the middle of a trio of Russian nesting dolls, if you like, with your actions being repeated at both a bigger and a more minute scale, effectively requiring you to co-operate with yourself. For instance, the player has access to a miniature model of Bob and his cabin, and dropping a regular item from your universe into the miniature cabin will also result in a gigantic version of Bob dropping a huge replication of said item into your reality.

It’s at least as trippy and literally awesome as it sounds, and though A Fisherman’s Tale ultimately feels less like a game and more like an experience – clocking in at less than two hours as it does – what’s there is so ingeniously, meticulously engineered that it’s still an easy recommendation. 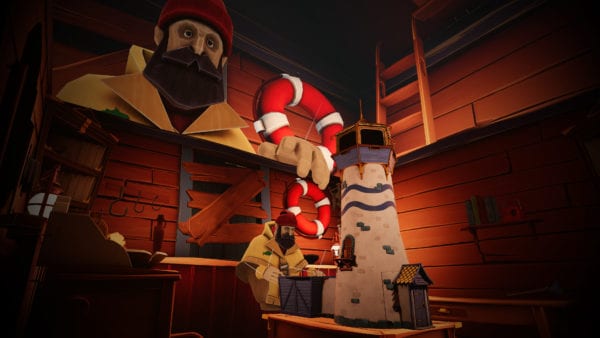 But first things first – you’ll want to make sure you have a decent amount of room space to get the most out of the game, because the setup can be mildly fiddly otherwise, and you don’t want to be struggling to reach items. Also, make sure your Move controllers are charged, because A Fisherman’s Tale doesn’t support DualShock 4 at all, and it’s easy to see why. This is a game that allows a wide breadth of environmental interaction in a manner that can give Job Simulator a tactile run for its money, so you’ll want to be able to take full advantage of that.

Handily, navigation and interaction are both a cakewalk thanks to intuitive teleporting and the ability to extend your right hand with the simple press of a button, making it easier to grab objects. This can be a tad awkward on occasion and result in mild frustration as objects get caught in the geometry and take a frustrating amount of time to re-spawn (about 20 seconds), but for the most part it’s effective at getting what you want in your hand within a few seconds.

It’s also worth noting that this is not a particularly challenging game, though there is a tremendously satisfying feeling to figuring out a solution to a puzzle that’s been stumping you for a few minutes. Helpfully you can toggle narrated hints on and off, ensuring that few are likely to spend hours scratching their heads over a tricky solution (though the repetitious V.O. can be mildly annoying if the penny doesn’t drop immediately). Only really in the game’s fourth and final chapter is anything approaching finesse really required from the player, in a dizzying tripartite puzzle that involves lighting a series of lamps at different scales.

Even though most of the puzzles aren’t even close to Statik-level challenging, they are largely exceedingly clever and, moreover, creative. Climbing inside an oversized fish’s mouth to remove a bone, for instance, is both hilarious and weird, and having to constantly juggle multiple levels of scale at once is a giddy delight throughout. 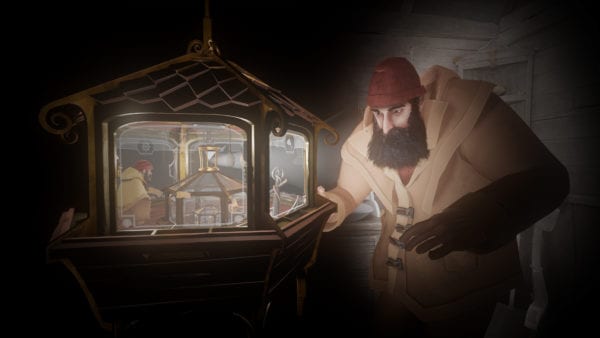 The game’s charm is really what makes it so fun and entertaining, and this shines through mostly by way of the aesthetics. Like many of the most visually impressive PSVR games, The Fisherman’s Tale adopts a heightened, cartoonish art style which takes full advantage of simple palette shades to help mask PSVR’s mediocre resolution. One brief sequence late in the game, however, opts for a more realistic sheen and, thanks to some incredible lighting effects, is probably one of the most strikingly photorealistic visuals I’ve witnessed across almost 100 PSVR games and experiences.

The sound work is meanwhile splendid and wonderfully compliments the visual immersion. Even better than the agreeably quaint music is the first-rate voice acting, bringing vibrant life to the game’s weird and wonderful cast of characters, perhaps most endearingly a motormouth crab who will help you unlock the cabin door if you can find him a miniature captain’s hat to wear. You’ll encounter a number of surreal mascot characters throughout the game, and each of them feels well-wrought and fully defined despite the limitations of the title’s brevity.

It’s clear that more could’ve been done with this incredible premise, but what’s here is nevertheless a brilliantly paced and impeccably designed puzzler that’s easily one of the most inventive and memorable PSVR titles to date. It may be decidedly more low-key than the platform’s recent big-hitters, but The Fisherman’s Tale is a game that absolutely deserves your attention. 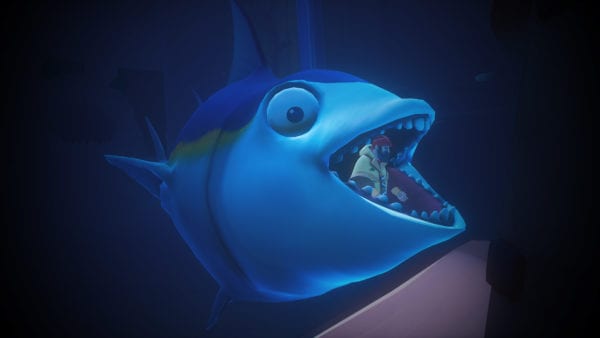 Pros:
+ Tactile, clever and unique use of VR.
+ Excellent controller tracking.
+ Some of PSVR’s best graphics to date.
+ Great music and voice acting.
+ Charming, relaxing and easy to play.