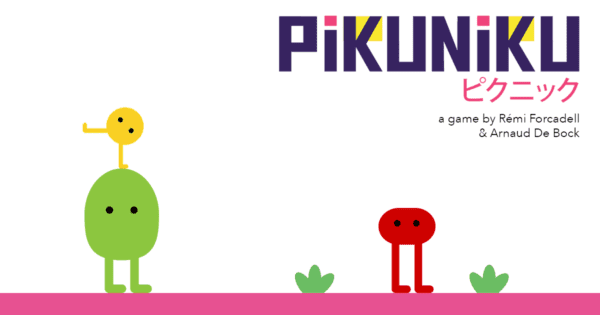 If you’re looking for a light, gentle diversion amid the current AAA deluge, look no further than Pikuniku, a seemingly LocoRoco-inspired puzzle-platformer from new indie studio Sectordub, which delivers an agreeably straight-forward, delightfully quirky adventure over its three-hour play-time.

Players control Piku, a malleable red blob-like creature who is captured and locked in a cage after waking from his slumber and heading into the nearby village. Once he agrees to fix the town’s bridge, however, Piku is set free and able to venture around the village, offering his uniquely lithe abilities to the locals and helping fend off pink-faced, nefarious mogul Mr. Sunshine, who plots to drain the village’s resources for his own financial gain.

What Pikuniku may lack in ambition it largely compensates for with its charming tone and endearingly to-the-point gameplay (for the most part). The bulk of the game consists of exploring the sprawling village and using Piku’s athletic prowess – namely rolling into a ball, kicking objects and swinging like Tarzan – to solve puzzles giving the villagers trouble. There’s very little in terms of difficulty here, though bizarrely, the opening bridge-fixing section of the game does provide players with a bit of a confusing introduction. 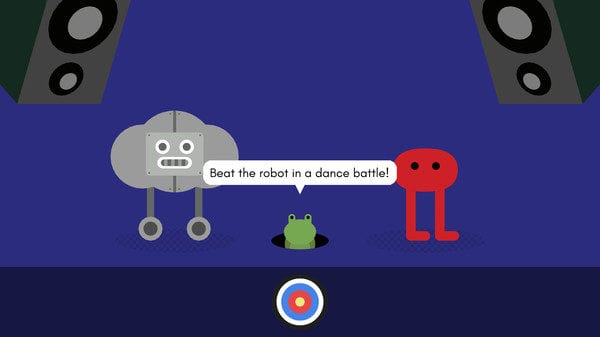 And if there’s any way in which Pikuniku doesn’t feel easy and intuitive, it is indeed with its vague mission objectives, which might occasionally stump for all of a few minutes, seemingly in the stead of encouraging players to explore and seek out the optional dungeons on offer.

Once you’ve fixed the bridge, though, it’s basically smooth sailing, with Piku’s locomotion capabilities making most of the undemanding puzzles a total cinch. Despite some occasionally floaty and unresponsive controls, the game is enormously forgiving on the whole, especially during its predictable “3 hits and done” boss fights.

Gameplay is mostly slick and smooth, while accentuated by a wonderfully deadpan, surreal tone, which with its po-faced dialogue and characters, feels somewhat inspired by Undertale (though certainly nowhere near as bleak). Characters frequently wink at the audience, make terrible puns and generally avoid the prosaic, exposition-heavy dialogue that bogs down so many video games, focused instead on embracing its gleeful, thorough silliness.

Aesthetically, Pikuniku looks like a pretty typical indie, awash in basic palette shades, but as with its gameplay, the simplicity is appealing while remaining artful, proving reminiscent of recent low-key smash Night in the Woods. 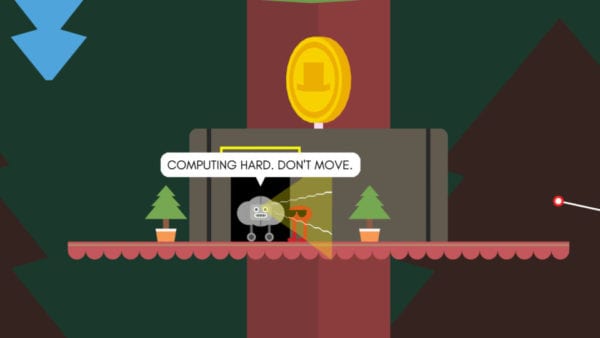 Performance is more of a mixed bag; despite the game’s straight-forward presentation, I encountered noticeable frame-rate drops when Piku was rolling around at high speeds, which while far from a deal-breaker, is a tad disappointing. Sound-wise, there’s not a lot here to write home about; the music is fairly repetitive and can become quite grating if you spend more than a few minutes stuck on a single puzzle (much like LocoRoco, then).

Bolstering the game’s value meanwhile is the addition of a short-but-sweet local co-op mode, allowing a second player to control Niku, an orange variant on Piku, with both players having to work together in order to make it to the end of the nine levels on offer. It’s not really fleshed-out enough to feel like anything more than a neat bonus, but it nevertheless brings an extra hour-plus of value to the table.

Pikuniku doesn’t do much new with the cutesy indie game formula, but it does present a beguilingly offbeat mood, wrapped around some enticingly colourful visuals and snappy gameplay that doesn’t tax the brain. If you’re craving a palette cleanser in-between Resident Evil 2 and Kingdom Hearts III, you could do far, far worse. 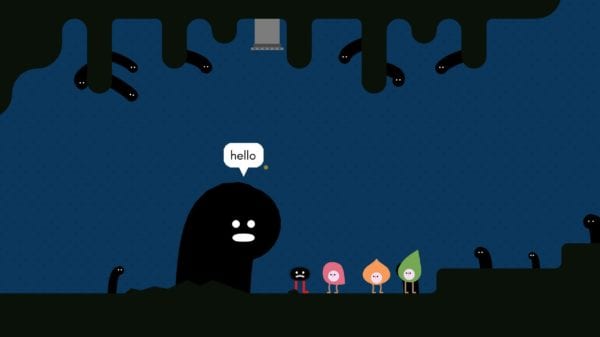 Cons:
– Some objectives are a little too obtuse.
– Repetitive music.
– Incredibly short.