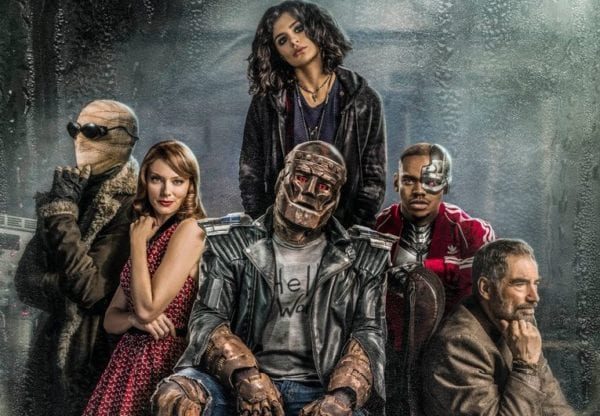 Doom Patrol first made their comic book debut on the summer of 1963. Co-created by writers Arnold Drake and Bob Haney with artist Bruno Premiani, it was published by DC Comics in the same period Marvel Comics launched X-Men. Suffering a premature death in the next two decades it came back big in 1989, resurging to popularity during writer Grant Morrison’s run.

I’ve got to be quite honest. Right off the bat, the pilot of Doom Patrol had me hook, line and sinker. Their brief introduction in Titans (episode 4) satiated my curiosity enough to take a gander at it; although I’ve not been the biggest fan of the DC streaming services erstwhile properties. But I suppose as the old adage goes ‘the third times a charm’ and it looks like we’ve got a ourselves a winner this time around folks. 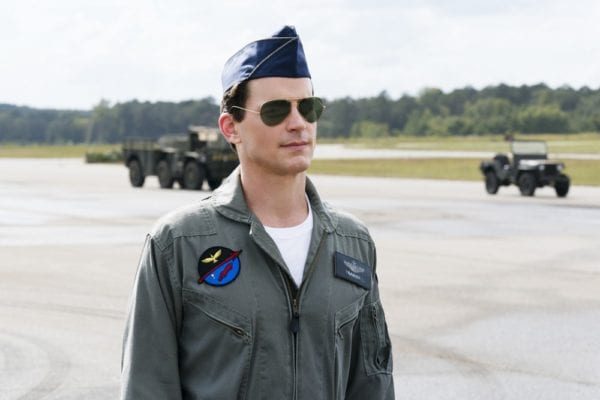 The episode kick starts with a moody gothic-noir tinged title sequence replete with Led Zeppelin-esque guitar riffs. Good start. Cut to an ill-lit rain sodden street in Paraguay,1948. We get glimpses of a third world suburbia as a crisp sardonic voice pierces the din of the downpour. “Ready for a story about superheroes? More TV superheroes, just what the world needs. Be honest, have you hung yourself yet?” the narrator asks the audience drily. I cannot overstate how brilliantly meta and astutely relevant that line is, in an age and time where the market is inundated with superhero properties. And what’s more it sold me on this off-kilter affair right away. Shortly we are introduced to the narrator Eric Morden (Alan Tudyk) – a bottom rung baddie who subjects himself to a quasi-scientific experiment to reach his villainous aspirations. The scene then shifts to the breezy ‘80’s as we find ourselves introduced to a sprawling villa, domestic bedlam, an irate wife and the head of this family, hotshot NASCAR racer Cliff Steele (Brendan Fraser) busily engaged in an extra-marital activity…bottoms bared. Ah! The joys of a dysfunctionality. Pretty soon though, reality takes an ugly turn in the form of a fiery car collision. We see a brief flashback of Cliff Steele’s simpler life, pre-douche era before a wizened kindly face flashes on screen. This is Dr. Niles Caulder a.k.a The Chief (Timothy Dalton), a wheelchair-bound genius who has transformed his mansion into a refuge for individuals with special ‘abilities’. It is later revealed that he had salvaged Cliff’s brain and integrated it into a clunky robotic body (which wouldn’t look out of place in a Wizard of Oz adaptation). 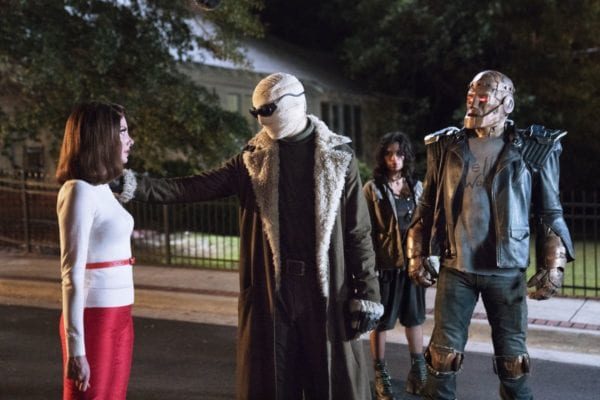 Cliff it seems, is the latest to join Dr. Caulder’s oddball collective who’s myriad characters hail from different era’s in time. Larry Trainor (Matt Bomer) is an ace air force aviator and test pilot from the 1960’s who accidentally merges with a cosmic entity, eventually crashing his plane and transforming him into the mummy-wrapped Negative Man (Bomer’s voice and Mathew Zuk’s body). From the 1950’s it is the Hollywood B-movie prima donna Rita Farr (April Bowlby) who is exposed to a mysterious chemical while underwater, making her the emotionally volatile Elasti-Woman. Then there is Crazy Jane (Diane Guerrero) the foul mouthed, batshit crazy girl afflicted with 64 different personalities, each imbued with different superpowers. Jane is the only individual whose physicality remains unscathed and as such convinces the others to venture in to the outside world during Caulder’s absence, leading to disastrous results. As the episode comes to a close these heroes must put aside their differences and unite as one against their common adversary-Mr. Nobody. 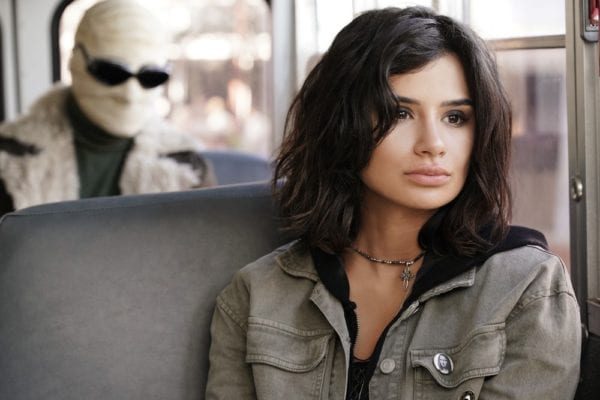 Dysfunctionality is a key theme explored here. As all our protagonists are damaged within and without. Each haunted by their past and the events that made them into who they are. The episode spends an enormous portion of its runtime devoted to origins and flashbacks. Out of which Cliff’s character arc and his eventual transformation into Robotman is delved into the most. Brendan Fraser does a remarkable job here with his voice, emoting the existential grief of the character while delivering droll albeit expletive humor. He is undoubtedly the heart and soul the series. April Bowlby as the self-obsessed, image conscious actress from the bygone era too was a revelation. Infusing the character with depth and humanity whilst channeling the superficiality of performers from the 1950’s was truly admirable. Former James Bond alum Timothy Dalton gives a more subdued and empathic take on the character which contrasts starkly with Bruno Bishir’s manipulative mad-scientist from the Titans episode. He is the sympathetic father figure of this motley crew, of that there is no doubt. But there is also an inherent simmering darkness and sense of mystery to him as well. There is more to Dr. Caulder that meets the eye. Tying this story together is the brilliant narration of the inimitable Alan Tudyk. He delivers his lines with such unimaginable relish and delightful malice it would be hard to imagine an episode without it, moving forward. 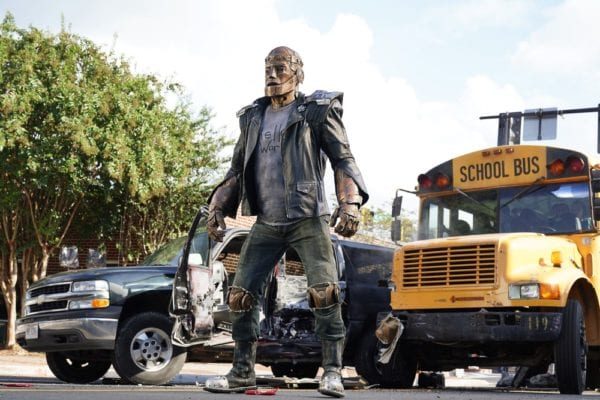 Boasting solid ensemble performances with great production values to boot, Doom Patrol is definitely your brand of Vodka if you are looking for an incendiary concoction of action, adventure, violence, weirdness, heart and soul.