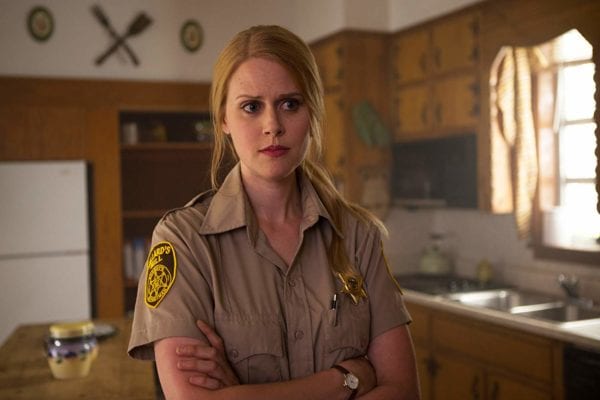 Janet Varney’s filmography ranges from the comedic (Judy Moody and the Not Bummer Summer) to the dramatic (The Legend of Korra), but her contributions to popular culture go far beyond the screen. She has hosted podcasts and improvised professionally for years, bolstering her status as a versatile entertainer with an ever-growing presence in the content we consume. Her latest project, a comedy-driven podcast with a sci-fi bend, pairs her with actress Felicia Day and numerous other actors and actresses. Titled Voyage to the Stars, the podcast will eventually expand into comics, live shows, and other supplemental material. Ryan Copple wrote and, along with Madison Wells Media, produced the show. Copple is best known for his involvement in Will Wheaton’s Table Top.

Loosely-guided improvisation leaves ample creative space for Varney and her co-stars to showcase their comedic proclivities. The show, presented as 17 half-hour episodes, follows a crew of four as they navigate their way home—from the wrong side of a wormhole, mind you. Varney portrays an A.I. named Sorry, who, along with her shipmates, exhibit eccentricities that often translate to hilarity.

Flickering Myth spoke with Varney about her role in the show and how her character fits into the overarching plot.

Can you tell us a bit about your character Sorry, who is described in the press release as a misanthropic AI?

Yeah! I don’t know if I can say exactly how and why my name ends up being Sorry, but it definitely led to a lot of hijinks when we were recording. Everyone was constantly apologizing. That’s just what we all do. We don’t realize as human beings that we apologize as much as we do, even during improv. So there’s just a lot of, like, another character going, “ Sorry!” and I’m like, “No, I’m Sorry!” But this is an AI who has the kind of relationship to humans that somebody from the movie Her would have. She wasn’t designed to interact with humans in a way that’s super, super helpful but she is an AI on the ship who is designed to serve. So I think that the thing she’s tackling is that she herself has memory corruption issues, which is sort of embarrassing for an AI who is supposed to be so much more intelligent than the creatures she’s servicing. But she still has this morbid fascination with all of the behaviors that make human beings sort of ridiculous. She’s very curious about humans and has a sadistic interest in the way they hurt themselves. She still has some sense of responsibility to keep them alive and mitigate their poor decisions.

The show is improvised, correct?

It’s very tightly outlined. It’s really the brainchild of Ryan Copple, who used to run Felicia Day’s company. He has very craftily created a series of arcs so we know where the show is going. It’s not just a free fall. But within that, we were given full freedom to help build these worlds out and contribute to the visual images you get in your head when you’re following these travelers as they go along. We really built the characters. From the ground up with the guidance from Ryan. It was a hugely collaborative effort because we were making it real as we went along. But we also had a sense of where each episode was headed in terms of the structure. 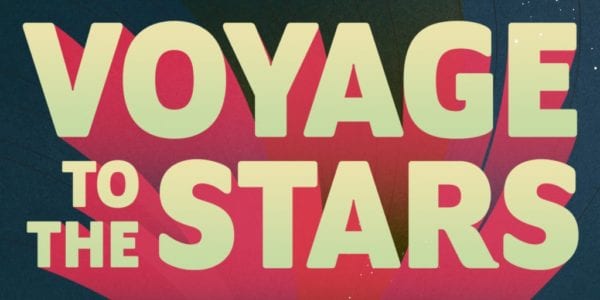 I’m really fascinated by what you said about improvising with parameters and still having relative freedom to develop the characters. How difficult was that?

The things that most improvisors are used to are either full improve, where you get up on stage and you’re going off of a suggestion or monologue depending on what the style is. Essentially, you’re up there and you create something from nothing. Or you’re working off a script so you’re actually just reading a script then you’re doing voice work. So when you do combine something that has a set of rules with something that you’re improvising, I think that is a different kind of challenge. I think when we first started recording there was a sense of “Oh! How is this gonna go?” I think there was a moment where we all looked at each other in the room and just kind of went, “Ok, let’s see what happens!” We created that new muscle in our brains.

Who made you laugh the hardest or the most often?

There’s honestly no way to choose who makes me laugh the most because each one of the three other people that we had was so different. That was what made it so exciting. It’s about establishing trust and a foundational level of play with other people. This group has never played together and so it was really exciting to find out how their brains worked on the fly. They’re all amazing.

Voyage to the Stars is planning live shows, comic books, etc. This is very much going to become a bigger thing than just a podcast. Can you tell me a bit about when we can expect that?

My understanding is that the comics will perhaps be the first long-living thing, but we did a live show and had an absolute blast. We were streaming it on Twitch. The live iterations are definitely something we’re excited to do more of.

A big thanks to Janet Varney for taking the time to answer our questions! You can catch new episodes of Voyage to the Stars every Tuesday!