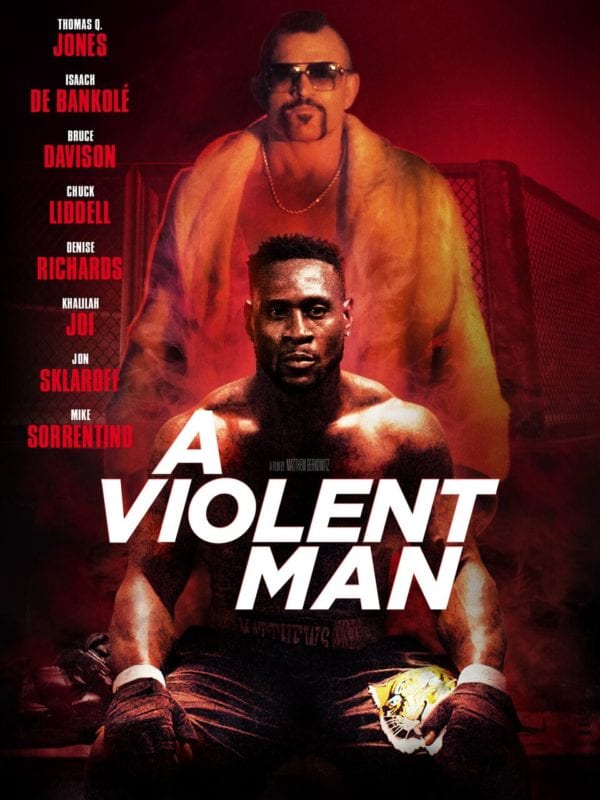 Thomas Q. Jones is excited about his new film, A Violent Man and rightfully so. The Straight Outta Compton actor gets to flex his producing skills in his latest project that’s a mix of MMA fighting and crime drama. Jones stars as Ty, an underground MMA fighter who wants to fight a heavyweight champion. Things start to go awry when he meets a questionable reporter that changes his life. Flickering Myth had the opportunity to talk to Jones about the film and how he came about producing it.

What made you want to produce this film?

Thomas Q. Jones: It was something that as an actor the character was very layered and I felt like the content was totally different. At this point in my career, it was something I wanted to portray.

Thomas talks about living in Los Angeles, California and how he met mutual acquaintances of  Director Matthew Berkowitz at the gym.

Thomas Q. Jones: It’s so crazy I move to L.A. ( Los Angeles, California) to pursue acting and the gym I go to, a couple of the guys I play basketball with knew me as a football player. So, after Straight Outta Compton came out in 2015, they came up to me and told me they didn’t know I did acting and told me they had a script that might be great. They introduced me to the director Matthew Berkowitz and Matt and I just kinda really hit it off initially because he has a very interesting personality. He’s kind of a rebel with a real strong personality and he’s fearless as a writer and as a creator and I’m kind of the same way and I respected that. 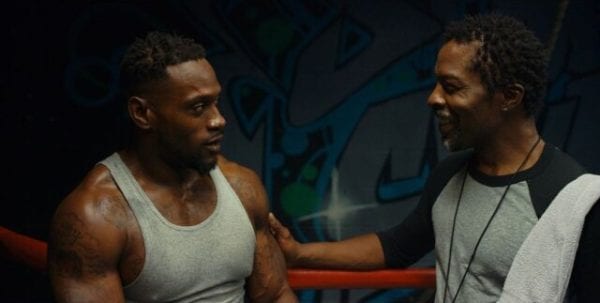 How did you feel about the script when you first read it?

Thomas Q. Jones: I loved the script. I thought it was a great script but it was written differently. It wasn’t written necessarily for me.

What do you mean it was written differently?

Thomas Q. Jones: The dialogue was different.  Some of the circumstances were different. So I felt like it was a great script but if I were to be the producer and play the lead, I’d need it to be truer to my perspective to the situation. That’s why I like Matt because he was very open to my thoughts and my ideas. So we tweaked the script and it went from this incredible noir art house film to a love story. This love story takes place in this noir art house world. That’s kind of what it is, it’s based on the movie In A Lonely Place by Nicholas with Humphrey Bogart. The concept is similar but when I came in I wanted to take advantage of the scenario and give it a different spin.

What kind of love story is A Violent Man?

Thomas Q. Jones: It’s an honest love story. It’s about two people that are disconnected and someone makes a mistake and it spirals downhill. That’s basically what it initially was, the idea that Matt had but for me, I wanted to make sure I brought some attention to how the racial implications can make things go from bad to worse. I think it’s an honest perspective across the board. 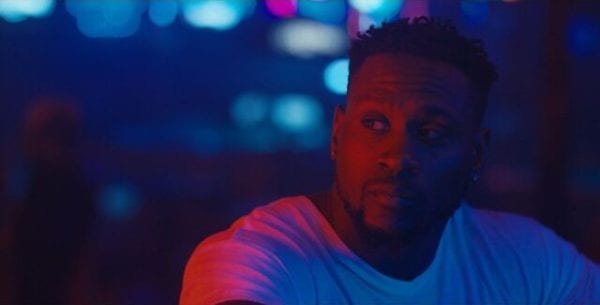 Will there be A Violent Man sequel?

Thomas Q. Jones: We kind of left the door open which is what we wanted to do. We didn’t want to make a film that wasn’t honest and I have a lot of appreciation for Matt because he was open to my idea.

If you could describe this movie in three words, what would they be?

Thomas Q. Jones: A must see.

Many thanks to Thomas Q. Jones for taking the time for this interview.