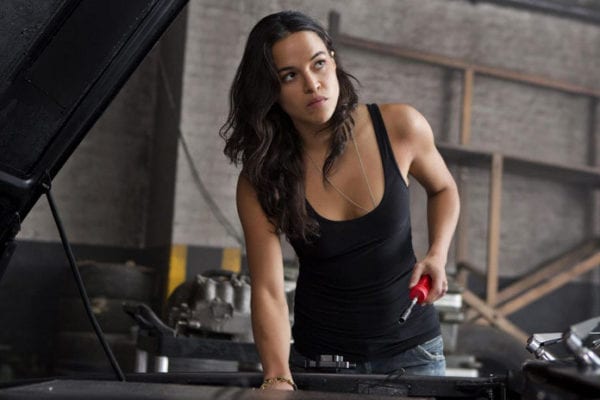 We already know that Fast & Furious 9 will be missing one of its leading stars in Dwayne Johnson, but it seems he may not be the only series veteran missing from the next instalment as Michelle Rodriguez has revealed to Vanity Fair that she’s yet to decide whether she’ll be reprising her role as Letty in the new film.

Rodriguez had threatened to quit the Fast & Furious franchise back in 2017 following the release of The Fate of the Furious, having expressed her disappointment over the films’ representation of women. And it appears that she still needs convincing if she’s to be a part of the as-yet-untitled ninth chapter.

“I don’t know if I’m coming back,” said Rodriguez. “I have to read the script first. Once I read the script, I’ll know. When I read the script – and I hope that it’s inclusive – then I’ll agree to come back or not. My energy is completely directed toward the feminine right now and supporting women.”

“I’ve spent most of my life shooting guns, and hanging out with the boys, and watching them scratch their balls, and smelling protein-mixed farts,” she continued. “And now I’m feeling the poetry and the beauty and the sensuality of women, and the power we bring together. So they need to show more love to the women. I don’t know which direction it’s going to go. But I know that I’m headed in that direction. We’ll see if that all matches.”

Meanwhile, in other Fast & Furious 9 news, Universal Pictures has announced that it has pushed back the film’s release, shifting it from April 2020 to May 22nd 2020, where it will find itself going up against Godzilla vs. Kong and The SpongeBob Movie: It’s a Wonderful Sponge. 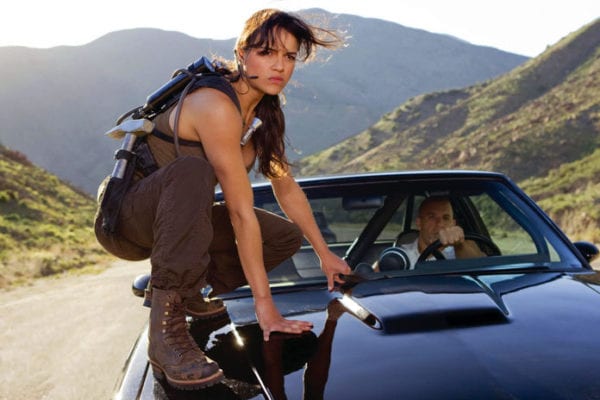