Trafalgar Releasing has announced that it is set to celebrate the 40th anniversary of Monty Python’s Life of Brian will a special one night only “we-welease” around the world – in glorious standard definition! 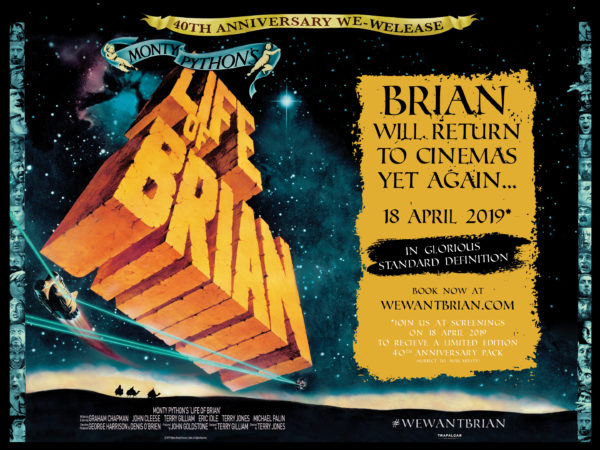 “It’s another coming of Brian, and we are here to fill the world with laughter,” said the Pythons on the upcoming anniversary celebrations. “Life Of Brian may have been set 2000 years ago, but it’s a mirror of what’s going on today. Except that it’s funny. It’s one of the most prescient films for today’s society – from ‘We are all individuals’ to Stan wanting to become a woman.”

“It’s a great privilege to be working with the Monty Python team again and to bring the 40th anniversary celebrations of this seminal comedy classic to cinemas around the world,” added Marc Allenby, CEO of Trafalgar Releasing. “The film continues to feel fresh, relevant and hilarious after four decades.”