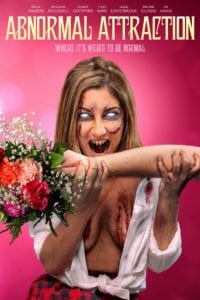 While humans and monsters work to put aside their differences, Nick (Nathan Reid) tries to keep his impending nuptials on track in this monster comedy. 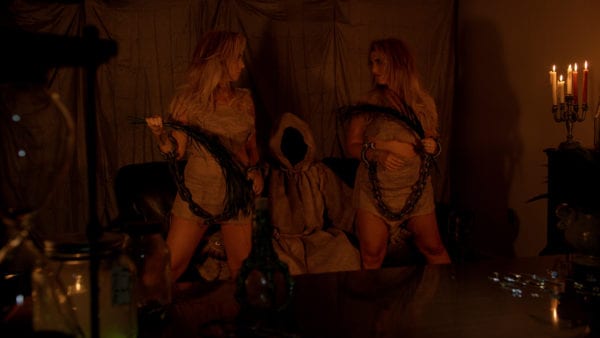 In a world where monsters and humans live side by side, no one bats an eye at an abominable snowman (Michael Barra) selling snow cones from an ice cream truck, or a fish man in the water at a pool party, but that doesn’t mean everyone’s happy about it. There are plenty of people who’d like to see monsters out of the picture, and vice versa. Can the two species learn to give tolerance a chance?

One of Abnormal Attraction’s most attractive features is how liberal the film is with the term “monster”. The film’s biggest name is probably Frank Stein (Jim Hanks), Frankenstein’s Jewish monster, but there are other storybook characters, the muffin man who lives on Drury Lane (Nicholas Siggia), who you might not classically think of as monsters that are included as well. Then there are the monsters you don’t see often enough, like the Purple People Eater (Craig Loydgren), if his is one of the less successful make-ups. 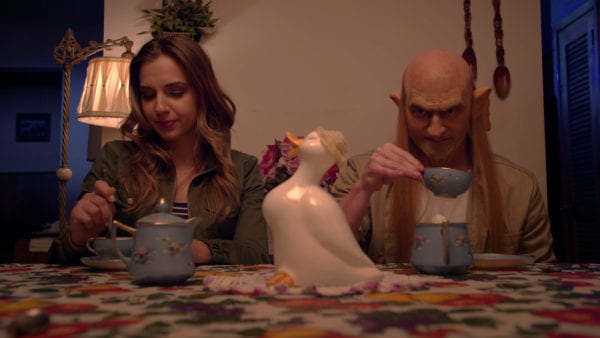 Divided into three chapters, Nick (Nathan Reid) is having relationship problems with his fiancée and is determined to make it home for dinner on time but when his car breaks down, Nick gets kidnapped and brought to Camp Morning Wood, a camp for monsters. Run by Hildie (Leslie Easterbrook), a human-hating witch, and her associate, Boogeyman (Malcolm McDowell), Nick becomes one of her prisoners but what Hildie doesn’t know is Nick is a counselor and might just be the one person who can start a dialog between the species.

Abnormal Attraction is a comedy where, due to the high concentration of jokes, you expect a certain number won’t land but, while viewers mileage will vary on Finbar (Jason Leavy), a character you’re not entirely certain is human until he declares himself anti-monster, the movie falls impressively in the plus column. One of my favorite gags takes place in the title sequence. Medusa’s talking to a guy on a bench and the next time you see them the guy’s been turned into stone while Medusa’s casually folding her sunglasses away. All of the actors invest their characters with heart, and it’s the details that make the film (sleep masks for the eyes on Boogeyman’s hands). Even when you know a joke is coming, Pig (Gilbert Gottfried) not being swayed into buying bricks instead of straw), the punchline can be unexpected. 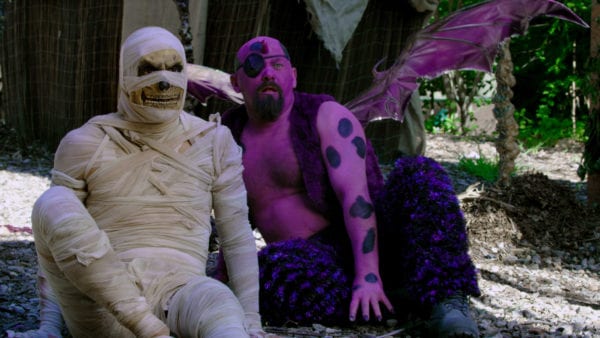 The one time the movie stumbles is with abusive relationships. This mostly comes up in the first chapter when Nick asks a colleague, Dr. Stanley Cole (Bruce Davison), to cover an AA meeting for him. The catch is that the AA meeting isn’t for Alcoholics Anonymous but Abnormal Attraction, but Dr. Cole doesn’t know that. Without being told what Abnormal Attraction means, it’s clear from the stories shared that many of the humans are forcing monsters to be with them but the name of the group implies interspecies relationships are the problem, which is inconsistent with the film’s message. While the section is well-acted, there’s something conceptually uncomfortable about it and, other than establishing how an AA meeting runs, the chapter could be dropped and not be missed.