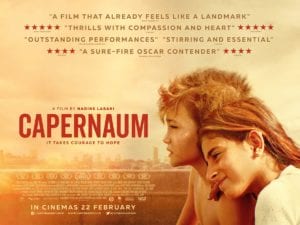 A 12-year-old boy decides to sue his parents for giving birth to him, in the wake of his incarceration for a violent assault. 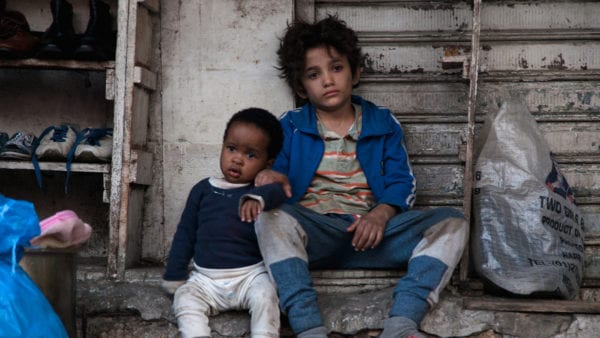 When translated into English, Capernaum means “chaos”. That’s certainly an adequate description for the life of 12-year-old Zain (Zain Al Rafeea), whom we first meet in a courtroom. He has been incarcerated for a violent crime – “I stabbed a son of a bitch”, as he rather starkly puts it – and has decided he wants to take legal action against his parents for the crime of giving birth to him.

It’s a bleak framing device for a movie that doesn’t exactly get sunny from that point onwards. Via a series of extended flashbacks, punctuated by occasional returns to the courtroom, we learn Zain’s desperately sad story. His parents (Kawthar Al Haddad and Fadi Kamel Youssef) are in the grip of poverty, in debt to their slimy landlord and local businessman Assadd (Nour el Husseini), who has dark designs on Zain’s younger sister. When Zain flees the family home, he befriends Ethiopian immigrant Rahil (Yordanos Shiferaw) and agrees to care for her toddler son while she works several different jobs to keep her own precarious family situation afloat.

Capernaum is, at its heart, a movie about how children are often the victims of adult intolerance and poor decisions. When Haddad’s character breaks down in court and declares that “people think I’m an animal”, it feels like a final attempt to justify his own actions as the deeds of a man just trying to do what society has told him he should. In reality, though, director Nadine Labaki’s film places its sympathies with the children, left adrift by their parents’ often self-inflicted predicaments. 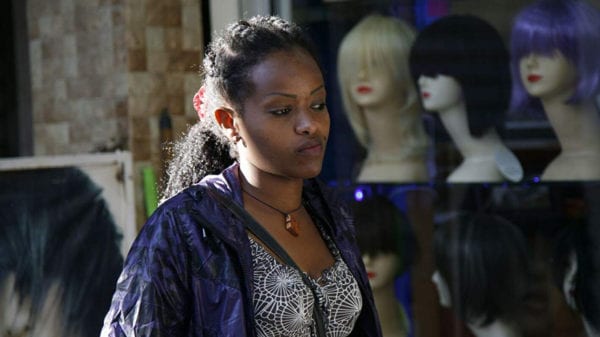 Non-professional actor Al Rafeea is a lightning rod in the leading role, effortlessly carrying the entire movie on his diminutive shoulders. Like so many young movie protagonists, he’s a character who has been forced by circumstance to grow up too quickly. His sense of right and wrong is intense and unaltered by the complexities of his family’s situation, so there’s a real power to his determination in protecting his sister and, later, the infant child he must care for when his mother is torn away from the home. Labaki’s camera largely sits at his height, looking up at the rest of the world and cementing its child’s-eye perspective.

This perspective serves to conceal some of the more troubling narrative threads from being explicitly depicted, but often heightens their impact by omission, in similar fashion to Room‘s positioning of the story from the perspective of Jacob Tremblay’s innocent kid. Brief detours into the lives of adults, most notably Shiferaw’s desperate immigrant, paint a shocking picture of a world where there are two groups of people – those on the edge of disaster and those just waiting for an opportunity to exploit the first group. Christopher Aoun’s camera walks through crowded markets, dusty streets and impossibly tiny makeshift homes, exploring the bleak environs of a world where there’s little room for hope.

As well as providing the anchoring perspective for the movie, Al Rafeea does a very impressive job of balancing the various emotional demands of the story. He’s capable of being foul-mouthed, forthright and occasionally funny when making a point, but also shines in a wordless scene in which the camera holds on his tearful face as he rides the Ferris wheel in a funfair – a sadly ironic venue for one of the lowest ebbs of his story. Early scenes present him as dangerous and rebellious, but the layers of performance here show that there are many reasons for his personality. 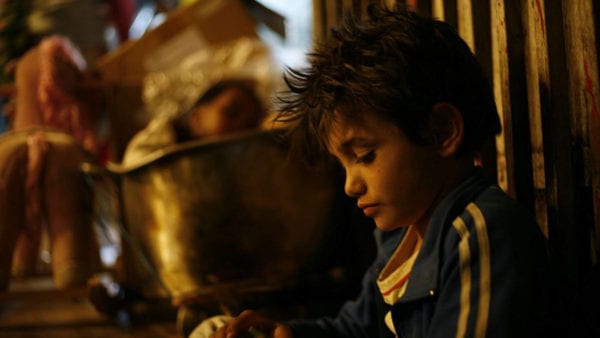 And all of that personality pays off in the potent conclusion of this story. Labaki eschews the obvious drama of the courtroom for a number of different emotional firecrackers that will break the heart of even the most stone-faced cinemagoer. It’s questionable whether these pay-offs are worth the inflated running time – there are five credited writers and the original first cut was apparently 12 hours long – and some brief comic interludes fall a little flat, but the finale picks things right back up to a tear-jerking crescendo.

At times a savage watch, Capernaum is a film that rewards those capable of stomaching its darker edges with some real catharsis.