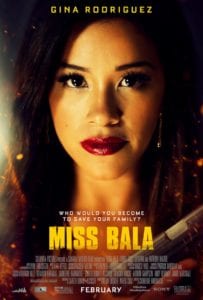 Gloria finds a power she never knew she had when she is drawn into a dangerous world of cross-border crime. Surviving will require all of her cunning, inventiveness, and strength. Based on the Spanish-language film. 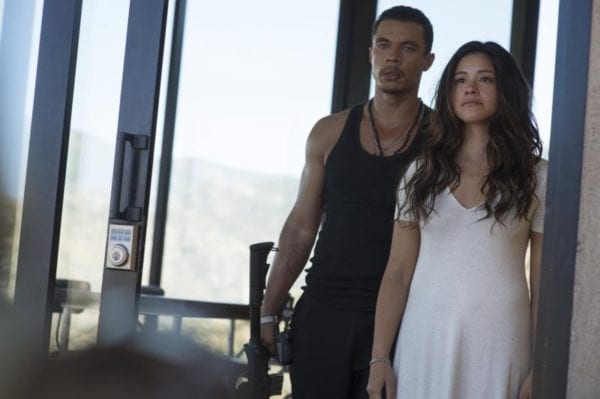 It’s almost unfortunate that Miss Bala has the honesty to admit during its opening credits that it’s a remake of a Spanish language film, as the entire time watching this version from director Catherine Hardwicke (Red Riding Hood and Twilight) exists the impression that the original material is likely more engaging and intense with its tale pitting villains against villains containing a beauty pageant suffering trauma at the center of the harrowing ordeal. As evident by 90% of conversations starting out in subtitled Spanish with a character replying in English, Miss Bala is the mainstream spin on the story, where motives are dumbed down and illogical action reigns supreme (did I just see a barely trained woman running around gunning down generic scum in high heels?).

As ridiculous as the action as towards the end, portions of it are also disturbingly realistic to the point where this movie should probably be rated R and blame shifts from the direction to elsewhere. Written by Gareth Dunnet-Alcocer, it’s easier to blame the script which tries to give us morally complex quarrels between the DEA and border criminals involved in everything from running drugs to sex trafficking, failing spectacularly. The DEA is laughably underwritten receiving little to no screentime, while cartel leaders spout off cliché nonsense like “I’m just playing their game”. If that wasn’t bad enough, the same gang leader goes from forcing Gloria (the hopeful beauty pageant contestant that gets roped into this dangerous game, forced to play it in order to save her missing friend) to strip naked (and possibly giving him sexual pleasure offscreen), only for the misguided script to bafflingly attempt turning him into a good guy of sorts. There’s a scene where he and Gloria share a romantic dinner with his family, all as he starts pushing expensively ravishing dresses on her to wear throughout captivity, which he tries turning into some kind of twisted Stockholm Syndrome relationship. 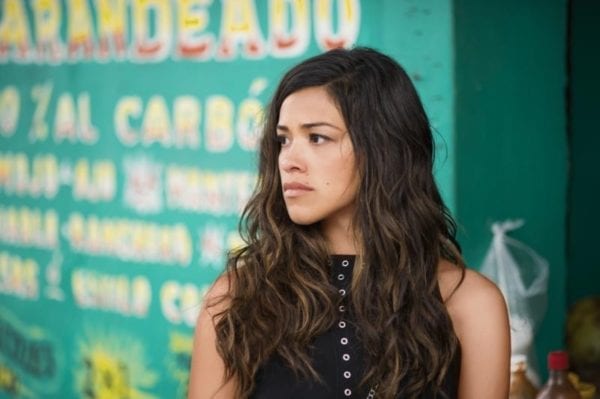 Even for those that find female empowerment through traumatic experiences, much of Miss Bala is just unnecessarily excruciatingly punishing, becoming a torment for the viewer as well. You can only take so many double-crosses, trouble in gang paradise, and perilous close calls before screaming for Gloria to just pick up a gun and shoot everyone, which ironically does happen eventually but long past the point of cinematic redemption. The film seems like it was conceived as silly action fun but took on the form of a gritty crime thriller far too long before the fun kicks in. Doubling up on this issue is how hilariously terrible the editing is, which jumps right into the climax also utilizing clumsy narration and contrived writing to speed up the rest of the story (to be fair, I really shouldn’t complain about this because the 105 minutes already feel like three hours).

There are also quite a few predictable revelations, one of which involving another woman branded by the gang, and the big twist regarding the location of Suzu, Gloria’s friend. At least half of the movie is realigning characters as either heroes or villains, often drawing them as somewhere in between. The problem is that, in this case, “in between” still means despicable as all hell. Obviously, the film doesn’t want the audience to contemplate happenings going on at the border in any serious manner (although I’m sure Cult 45 and Donald Trump will find something here to claim as BIGLY THREATENING, REAL SERIOUS DANGEROUSLY CHEESY STUFF), but the way it’s executed is boringly grim rather than entertaining. 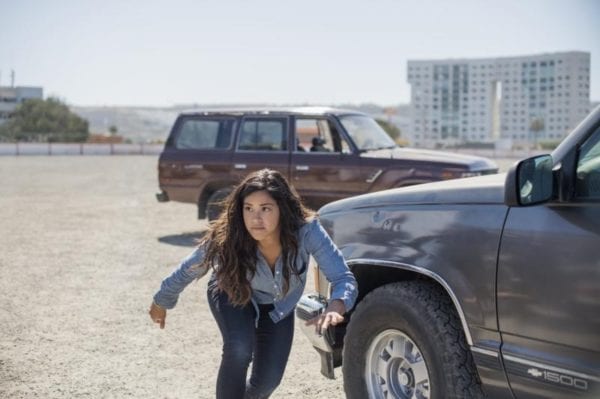 It’s a shame because Gina Rodriguez (Carmen Sandiego, and who also had a great underappreciated turn in last year’s masterpiece Annihilation) is committed to the role and superbly sells all of the emotional strain, whether it be from transporting money across the border to basically being bullied into sexual activities. The rest of the acting is also fine, but the characters are so severely underwritten and bland that it’s hard to find anything positive to say. Halfway through is a great sequence where all factions triangulate for a shootout that is skillfully shot and contains a genuinely intense decision for Gloria to make. For a second I thought it would be the turning point of Miss Bala and that it would continue to build momentum. It turns out to just be one good action scene that belongs in a better movie.

Tone deaf, directionless, a slog to sit through, no visible heroes masquerading as complex narrative writing, Miss Bala is one of those prime January stinkers we have come to expect. The polar vortex was trying to do me a favor causing the press screening to get canceled, but I went and saw it anyway and this mistake got me what I deserve. Parts of it can be mildly engaging for wildly different reasons, but most of this is just baffling and stupid.