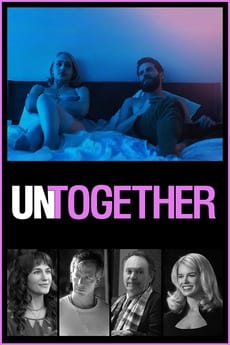 Andrea is a recently sober writer whose career has stalled since she published her debut novel several years ago. She strikes up an affair with Nick, a doctor-turned-writer who is hailed for his wartime memoir. At the same time, her sister Tara, a massage therapist dating an aging rock star, finds herself inexorably drawn to a newfound religious zeal and, particularly, to a politically engaged rabbi. 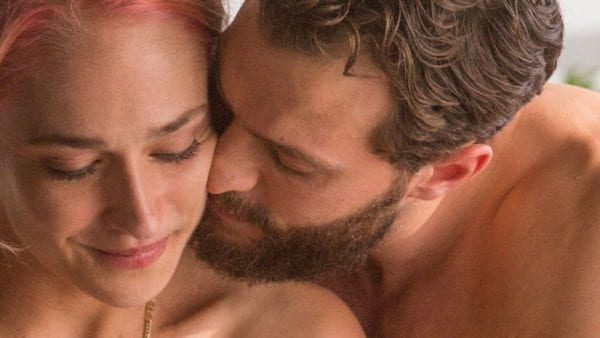 Stop me if you have heard this one before: Jamie Dornan plays a successful, financially well-off, sex-positive kinkster. Making her writing and directorial debut with Untogether, author Emma Forrest (ex-wife of one of the film’s co-stars, Ben Mendelsohn, proving to be one of many subtle creative decisions that greatly increase realism and authenticity to the inner workings of the various relationships going on) may have one too many characters for a 90-minute narrative intertwining half a dozen or so people (half of them live together in a fairly sizable Los Angeles home), but the script is often times so sharp and filled with affecting messages (some of which come from legitimately strong writing, others are lifted from classic rock songs of which the film is heavily populated with) that the frustrating pacing and occasionally questionable direction is mitigated.

Andrea (Jemima Kirke) is a recovering drug addict (one year clean) stuck in a midlife crisis; she’s a writer with one published novel during her strung out days, apparently has no career trajectory (although she does seek out writing jobs, and anyone that has ever pitched a website anything in the hopes of getting a response knows how that works out. For those that don’t, it’s like pulling teeth), and seemingly appears to want some form of controlling/dominant presence for the comfort and life stability such a thing can provide in a non-toxic environment (pretty much everywhere Fifty Shades of Grey went wrong). The aforementioned Irish stud Jamie Dornan is both a doctor and popular novelist of a story so heartbreakingly tragic, women around LA are pretty much lining up to fuck him. As you can probably guess, Nick and Andrea have a one night stand planting the seeds for something more and a potential happily ever after scenario.

Meanwhile, Tara (Lola Kirke, yes, the real-life sister of Jemima Kirke, enhancing the bond of the fictional sisters on-screen) is dating an older Australian rocker (Ben Mendelsohn) on the verge of making a comeback, named Martin, opening up his flame to a part of his life she has previously never seen. The issue is that Tara is seeking something else in life, and becomes fixated on a Rabbi played by Billy Crystal driven by social activism and generally making the world a better place. Now, Andrea and Tara both had the same father but also were under his parenting at different junctures of his own troubled life, essentially meaning that one had a happier childhood than the other, saddling Tara with what could be perceived as daddy issues. 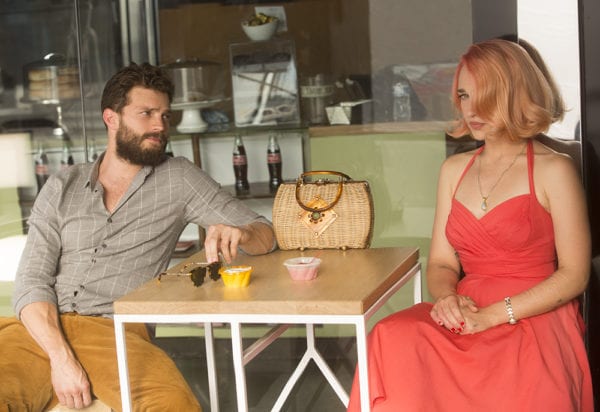 However, Untogether refrains from judging these characters, whether it be Tara’s decision to date older or Martin’s decision to be with this younger woman (he clearly is compatible with her and does love her, age gap be damned), as the relationship is never really presented as a broken thing that will never work. There are obstacles and mistakes will be made, but the film also wisely makes it a point to express that it’s okay to make mistakes. All of these characters have faults, with each one of them containing their own moment to frustrate the viewer, but it all comes back to the writing which is, again, very human and lived-in. Even when Jamie Dornan is getting kinky, it’s done very casually without drawing attention to itself.

Simultaneously, Nick also might be the weakest element going for the film; some specific details regarding his own memoir come to light and are resolved so quickly that it’s hard to care about any of it. It also doesn’t help that he’s one of the few characters that leaves the film for lengthy stretches at a time. There’s just so much going on here that the messiness becomes amplified from the characters shifting into different positions, getting to the point where certain aspects of the film feel like they end too fast while others are unnecessarily prolonged. In general, the pacing leaves you confusedly wondering where the plot is even going and curious what other characters are up to.

For every time I found myself annoyed by Untogether (these people make some dumb relationship decisions even if I understand mistakes are a part of navigating life), the writing and acting (the assembled ensemble here is reliable and filled with notable and underappreciated names) kept pulling me back in. The best thing that can be said about Untogether (outside of it being a clearly strong filmmaking debut) is that these people and their complicated relationships feel real, and that’s not something that can be said about many romantic dramas at all. Plus, if we’re going to go ahead and keep giving Jamie Dornan kinky characters to play, we can at least make sure the creepiness of said characters are kept to a minimum and that the film is actually good.