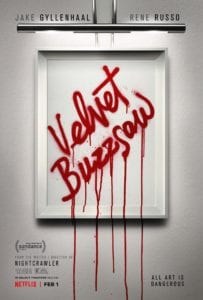 After a series of paintings by an unknown artist are discovered, a supernatural force enacts revenge on those who have allowed their greed to get in the way of art. 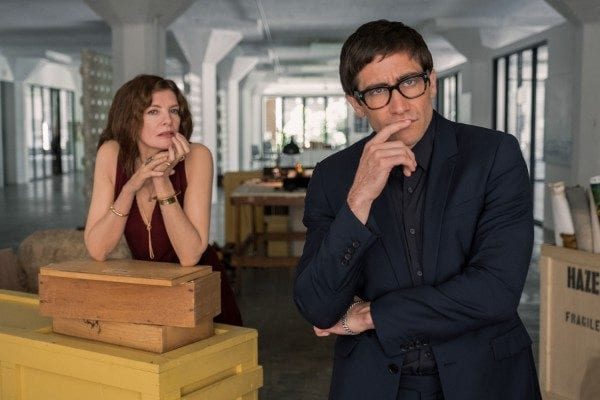 Velvet Buzzsaw slices one hell of a trailer, but Netflix’s art scene corpsegrinder is an ostentatious slog. Pretentiousness with a purpose, only Dan Gilroy’s creative angst feels cut off by a safe word as far as horror submergence is concerned. At its best, you’ll marvel seesawing commentaries on critique versus creation. Amidst doldrums, one may notice how marketing swirls a much more thrilling pastiche. Blood squirts (minimally), greed corrupts (immeasurably), but Gilroy never sculpts the dark delicacy genre fans might hope based on Nightcrawler’s pseudo-horror thematics. This critic may not write more painful words in 2019.

Rhodora Haze (Rene Russo) sniffs the hottest artistic talents, curates the city’s most prestigious gallery, and keeps a close relationship with renowned critic Morf Vandewalt (Jake Gyllenhaal). Ambitious employee Josephina (Zawe Ashton) perks both their ears upon the discovery of a deceased man’s apartment full of revolutionary paintings. Under Haze’s shady business ethics and iconic popularity the bids come pouring in for an original “Ventril Dease,” but then dead bodies start piling up. Did I mention it was the creator’s wish that all his paintings be destroyed? What’s the price of profitability nowadays anyway? 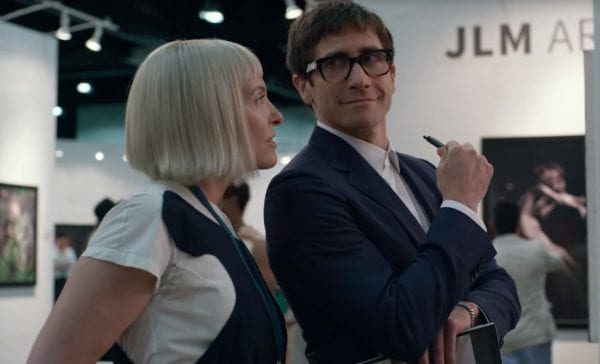 That relationship between artist and audience – Morf’s ethics when toppling or building careers – is Gilroy’s most biting voice. Undersold is Velvet Buzzsaw’s jagged edge when it comes to sculpture device trappings or oily color runs that twirl around a victim’s body or (literal) monkey mechanics who reach from acrylic tapestries. Highlights cut such an unsightly and grisly reel, but only because the act of marketing is to tease; promise more. Instead of leaning into – as some have noted – Final Destination with a possession angle kills, Gilroy relies on Gyllenhaal’s mental rot as his connection to Dease’s work unspools a critic’s entire view on purpose. Never as dark, nor daring, nor disgusting as we – or at least this critic – wish Gilroy would push. Often richly deplorable and self-obsessed-chic in the most plastic, wafer-thin way, yet we’re left cheated of the Pompeii-like collapse Velvet Buzzsaw deserves. 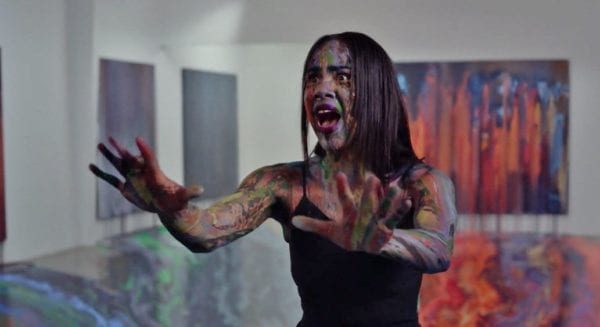 Gyllenhaal’s bisexual culture writer furthers the actor’s pursuit of cinema’s most flamboyant, emotive, and downright divergent roles. Not only that, but he sells Velvet Buzzsaw’s dagger-sharp skewering of pretentious livelihoods like none of the other ensemble can. “A bad review is better than sinking into the great glut of anonymity.” Gyllenhaal’s emotionless delivery of the conversation that follows said quote – about an artist who tries to kill himself because of a lousy Vandewalt pan – is Gilroy’s masterwork. Eccentric, spiteful, egotistically justified. Morf Vandewalt opens conversational doors that other characters quickly close because their arcs are never as introspective. 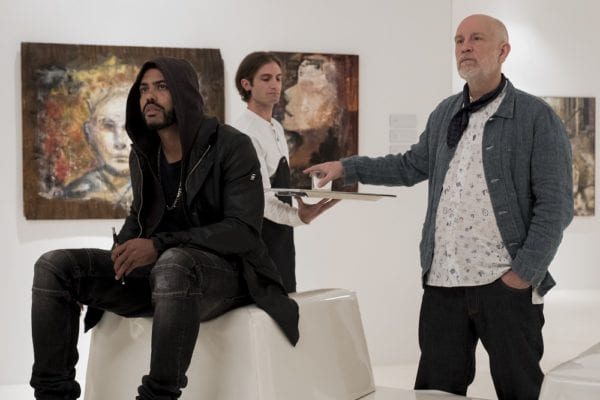 When discussing the good about Velvet Buzzsaw, there’s plenty. Hoboman’s AI hobbles on crutches in an attempt to save Gilroy’s hide (he can’t), mirrored metal blobs represent an all-knowing installation, and Dease’s blood-injected paintings imbue tortured upbringings. There’s also an undefined nature as to Dease’s slaughter abilities and general horror rules that leaves so much substance in question. Art is powerful enough to make Morf Vandewalt a filthy rich tastemaker god, dangerous enough to capture our darkest torment, and influential enough to challenge people’s strive for life – a shame Velvet Buzzsaw is half the critique these notes suggest.