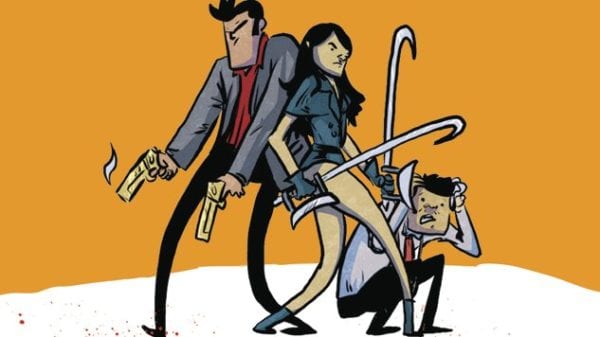 As per The Hollywood Reporter, Paramount Pictures has snapped up the big screen rights to Kyle Starks’ graphic novel Kill Them All, setting screenwriter James Coyne (Treasure Island, Vikingdom) to pen a script for a movie adaptation.

Originally starting out on Kickstarter before being picked up by Oni Press, Kill Them All is described as “a love letter to 1990s action movies” and follows “a betrayed murderess on a revenge streak and a hard-drinking former cop who, to get what they want, team to take down a crime lord. The latter rules from atop a 15-story Miami high-rise, so the duo must go floor by floor cutting through assassins, murderers, Luchadore gang bosses, ex-boyfriends and office workers.”

Kill Them All will be produced by Josh Appelbaum and Andre Nemec, whose previous Paramount credits include Teenage Mutant Ninja Turtles and Mission: Impossible – Ghost Protocol; they are also teaming with the studio on the upcoming Tom Clancy adaptation Without Remorse starring Michael B. Jordan.