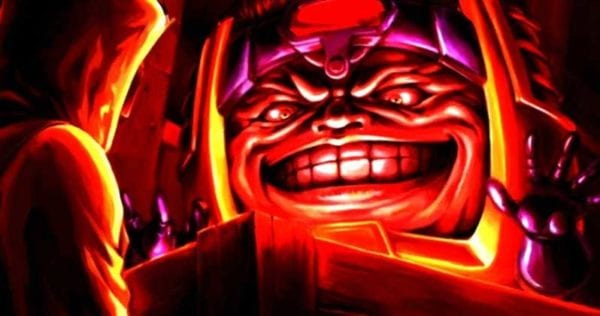 Having portrayed multiple characters in Agents of S.H.I.E.L.D., Patton Oswalt is set to return to the Marvel universe as creator and star of Marvel’s M.O.D.O.K., one of four animated Marvel series being produced for Hulu.

Oswalt, who is producing the animated series with Jordan Blum (American Dad), has shared his excitement about the project during an interview with the official Marvel website, stating that: “I could not be more excited for you guys to see what we do with M.O.D.O.K.. He’s the character I was, sadly, born to play.”

“Who is M.O.D.O.K. to me?” added Blum. “Well, you have to start at his creation. I find M.O.D.O.K. to be just as iconic as all the other classic Jack Kirby / Stan Lee collaborations. Kirby’s design is the stuff of nightmares yet he’s also somehow… slightly adorable? Stan Lee wrote him as this amazing flawed character, always being undone by his inflated ego and thin skin. Over the years he’s been portrayed as both a menace and a joke and I think our show is much more interested in exploring him as a human being. A human being who’s also a Mental Organism Designed Only for Killing! At the end of the day M.O.D.O.K. is a giant-headed, petulant, insecure, egomaniac with zero social skills. And I for one find that incredibly relatable.”

In addition to the M.O.D.O.K. series, Hulu will play host to three other animated Marvel shows in Howard the Duck, Hit-Monkey and Tigra & Dazzler Show, which will culminate with a Defenders-style team-up series entitled The Offenders. 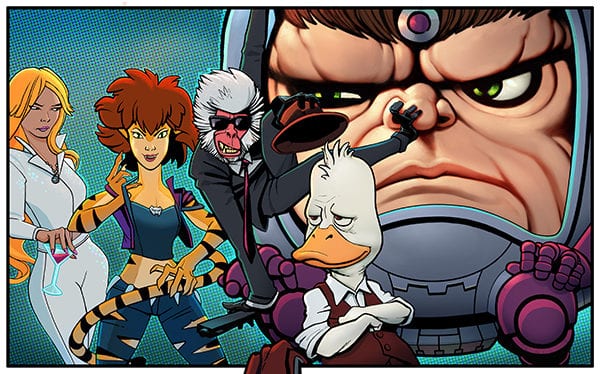