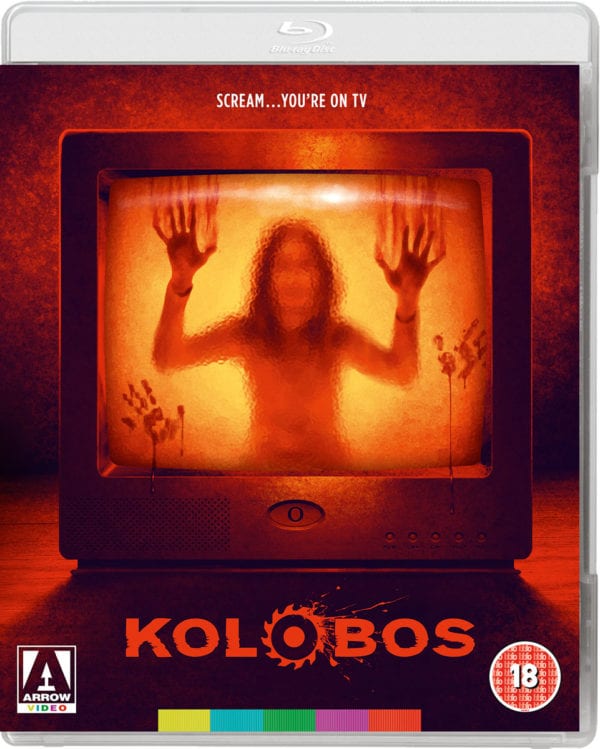 Five people agree to take part in an experiment where they stay in a house filled with cameras… and a killer. 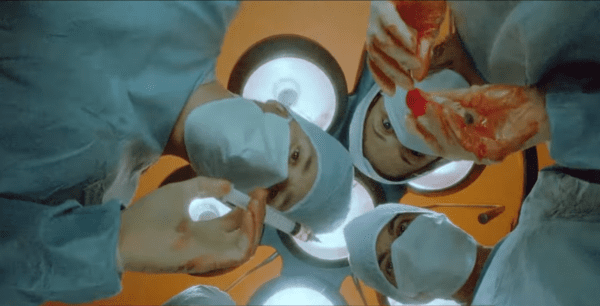 Lurking somewhere in a post-Scream, pre-Saw horror movie void, Kolobos is a low-budget indie film that has a lot of obvious influences – most of them Italian (try listening to the main theme and not thinking of Suspiria) – and the benefit of hindsight that twenty years of reality television brings, which is helpful when contextualising what happens during this film.

The main thrust of the plot is that five seemingly ordinary people are selected to stay in a house that has been fitted with video cameras to monitor their movements and how they interact with people. In these enlightened times that may not seem that revolutionary but this was 1999 and Big Brother was just around the corner, ready to set a template for others to follow when it came to what would become reality television in the new millennium. This being 1999 there is very much an emphasis on quirky (or ‘freaky’, as it was then) characters with a lot of angst and that role is filled by Kyra (Amy Weber – Unbeatable Harold), an artist with confidence issues and a penchant for drawing dark and disturbing images that, once inside the house, seem to manifest themselves in one way or another.

But there are also a few other stock characters to make sure all the boxes get ticked, including the louder-than-life alpha(ish) male, an actress, a sensitive academic and a gobby tomboy, and they all have their reasons for being in there but once one of the housemates triggers a booby trap that causes a severe injury the house goes into lockdown and the group get picked off by a faceless killer, similar to the one in Kyra’s drawings. 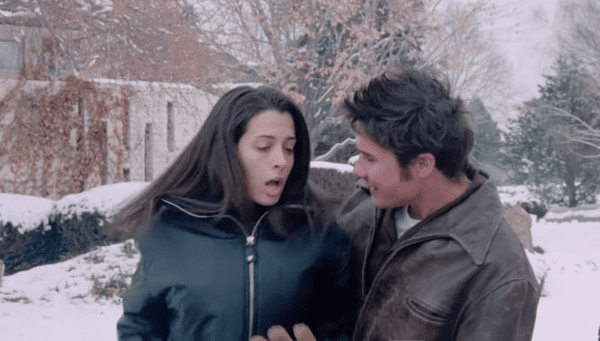 So yeah, it may have seemed radical and different back in 1999 but viewing it through 2019 lenses Kolobos doesn’t really have much to offer beyond the basic idea of people trapped in a singular location being stalked by a mysterious killer which, as we all know, has been done hundreds of times and done a lot better than this. Of course, it isn’t the fault of the film or the filmmakers that twenty years later their (then) original ideas don’t hold much weight because who knew then that audiences would become as savvy as they have thanks to all manner of formulaic Saturday night television?

However, there is some good gore here that is all the more impressive when you consider that the budget for Kolobos was considerably less than that of Hellraiser, another low-budget film that toyed with similar imagery. The visions that Kyra has of a man peeling his face off on a grainy VHS (no DVD, even then!) are very well staged and add a welcome bit of brutality to the fairly standard stalk-and-slash avenue that the bulk of the action takes. 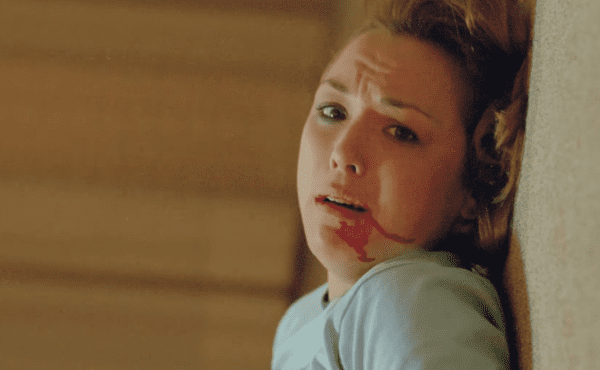 Looking very grainy overall and backed with enthusiastic interviews with directors Daniel Liatowitsch and David Todd Ocvirk plus co-writer/producer Nne Ebong, Kolobos is an oddity from an era that hasn’t really dated all that well when you look back on it, although pre-millennium tension and feelings of uncertainty are certainly there if you look for them. The film does have moments that, if you saw them in 1999, probably felt quite different to the other post-Scream slashers that were popular at the time in that there seems to be a genuine effort to lift the material above ‘just’ being a slasher with the inclusion of the Argento-esque visuals and omnipresent sense of distorting reality, but ultimately Kolobos, being both a product of its time and a little ahead of its time, just doesn’t feel like anything other than an overlooked curiosity from a slightly confused era of horror filmmaking that doesn’t really hold up to modern scrutiny as well as similar movies that came after it.