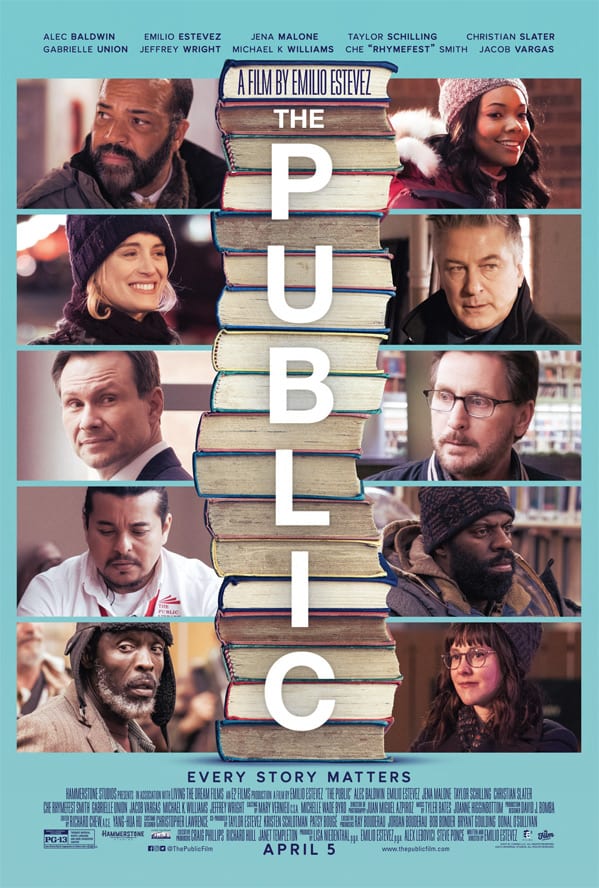 For his 6th feature behind the camera, Emilio Estevez explores homelessness on the coldest night of the year in Cincinnati, Ohio. Playing public librarian Stuart Goodson, Estevez is forced into action when the homeless patrons gathered in his place of work refuse to leave the building after closing time. 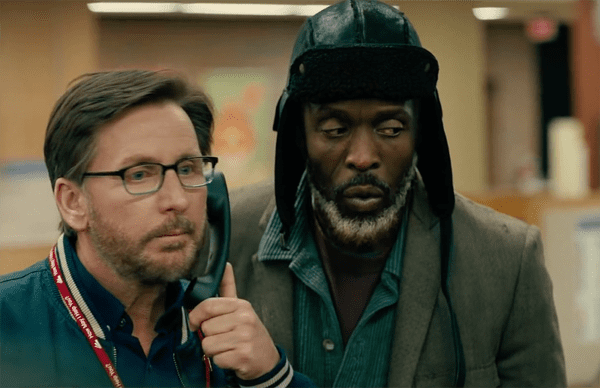 Taking scripting and directing duties, Estevez pivots the story around 3 characters, each with a different connection to homelessness. Goodson is a recovering alcoholic who has previous experience living on the street. With an intellect he isn’t shy to demonstrate, Goodson offers a contrast to Jackson, the presently homeless instigator of the lock-in played by the ever brilliant Michael Kenneth Williams. As a third point of view, Alec Baldwin plays police negotiator Bill Ramstead, tasked with talking Goodson out of the library. With his missing addict son presumed to be without a home, Ramstead’s personal dilemma let’s Baldwin stretch his emotive acting legs beyond his usual boyish overexcitement.

Sadly, the excavation of these three characters only really scratches at the surface. Ramstead and Jackson’s plights are given significantly little time to develop, and neither plotline is tied off satisfactorily. Though threatening to get close, Jackson’s desperation never boils over, leaving a dissatisfying desire for empathetic connection. Most attention goes to Goodson himself, his need for self preservation wrestling with his moral self righteousness. As in film’s like The Changeling, anger bubbles up as a gut reaction to the stupidity, misinformation and inhumanity appearing on screen. Not so much because of what the characters are going through – the stakes never reach precarious heights – but because of the feeling that this is exactly how the events would take place in real life. 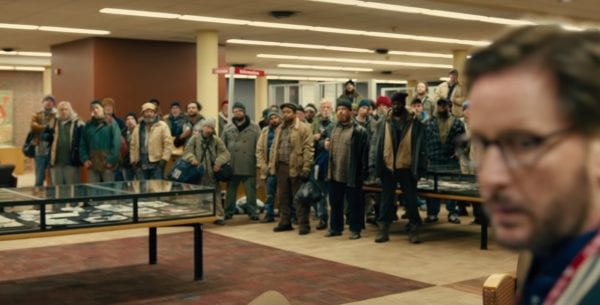 It is alienating, then, when Estevez pivots away from these stirred emotions towards cinematic predictability. Too much focus is given to vapid, larger than life antagonists, such as Christian Slater’s self promoting lawyer or Gabrielle Union’s fame obsessed reporter. Estevez loses his point somewhat, bogged down by a need to pin blame on someone – the faceless modern American capitalist – rather than showing the failure of society at large. As Goodson quotes from The Grapes of Wrath, any rage built up fades with an eye roll to a disappointed groan. Still, the performances from each and every big name cast member add to the prestige and energy of the piece, particularly Slater’s cockiness and Jena Malone’s blunt snark as Goodson’s assistant.

State of the nation dramas can be a difficult genre to navigate, striking a delicate balance between poignance and condescension. The Public walks this line surprisingly well, and ultimately succeeds in its goal of inciting anger and distress. But it is unsubtly manipulative in doing so. Estevez, perhaps as a result of his cinema oriented family, is a director very well educated in the minutia of movie-making; prominent moments of storytelling and strategic character arcs are reminiscent of Spielberg and Eastwood, favouring effect over verisimilitude. In the end it is that absence of reality that hampers The Public, sacrificing genuine feeling for something far more manufactured – the Hollywood ending that “only happens in the movies”.