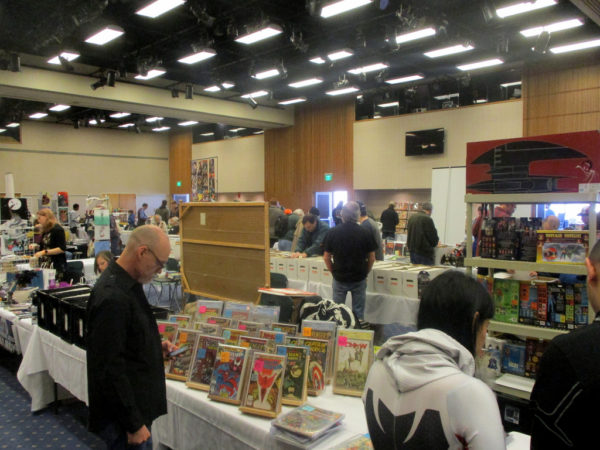 Inside the Main Exhibitors Hall of Ithacon 44

A great many comic cons claim to be about the fans, and, granted, some are. However, few can hold a candle to Ithacon in Ithaca, New York. 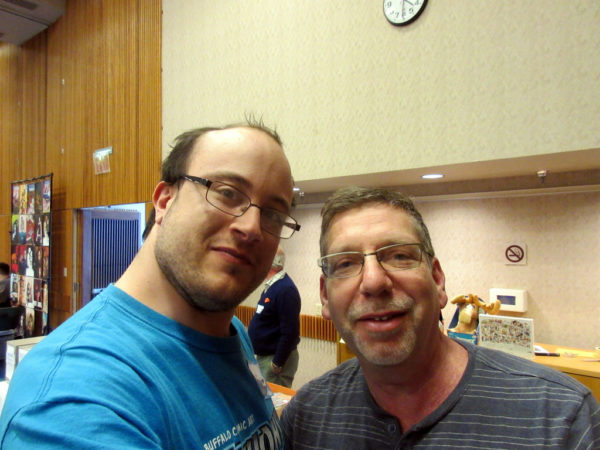 Nowadays, Ithacon is cohosted by the Comic Book Club of Ithaca and Ithaca College. The Comic Book Club of Ithaca (CBCI) is the oldest continuously active comic book club in the United States, and possibly the world, having held monthly meetings since its inception in February of 1975. Even before that, it was a middle school club established by 12-year-old Aaron Pichel, who was joined by Tim Grey and Bill Turner. Shortly afterwards, the three of them acquired a massive comics collection of over 5000 issues, and wanted a place to showcase comics in their locale. They established Ithacon as the local show in Ithaca, New York, and it is, to this day, the second longest running comic book convention, after San Diego Comic-Con. The convention had many venues over the years, including the Greater Ithaca Activities Center (GIAC), a shopping mall, a hotel, and, for a long time, the Women’s Community Building. 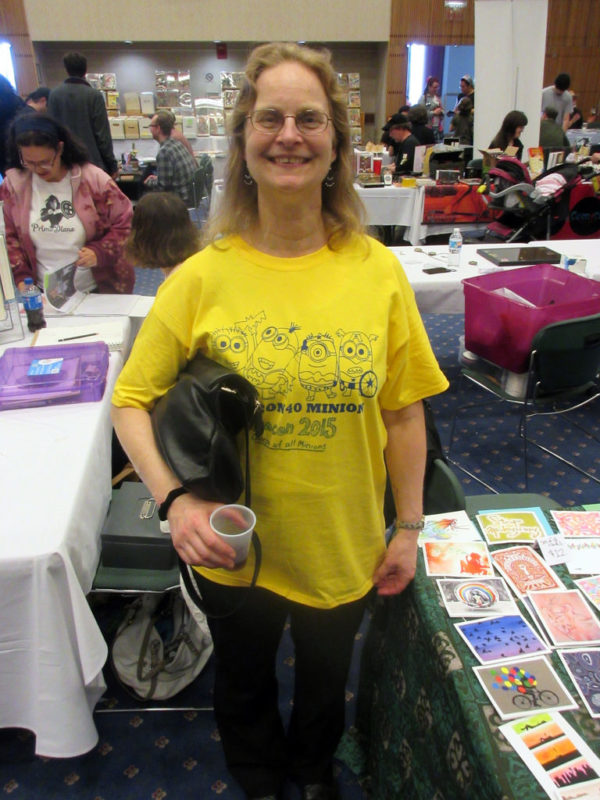 Unfortunately, all things come to pass, and the Women’s Community Building was demolished. For a brief moment, it seemed that Ithacon would have to give up the ghost. However, the Comic Book Club of Ithaca found new backers in Ithaca College, one of the northeastern United States’ premier arts schools. Professor Katherine Kittredge secured school funding to bring Ithacon to the college, with a number of changes. 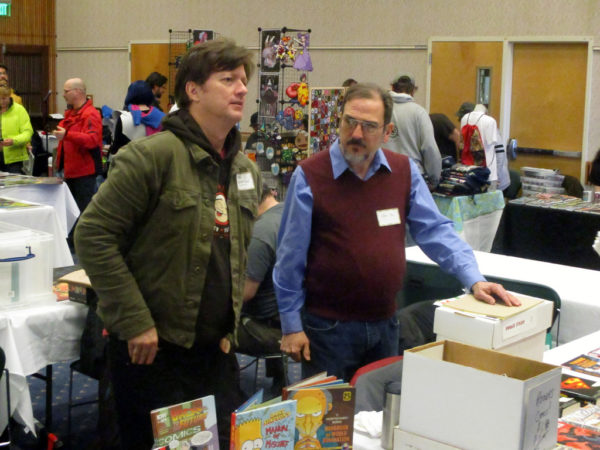 One incredibly beneficial change is having the funding of Ithaca College behind the show. Thanks to that funding, Ithacon is, to our knowledge, the only sizable comic con to be open to the public completely free of charge. As long as the school can justify the expense, the show will continue to flourish. And, as we all know, comic books are a legitimate form of art. In fact, Ithacon is one of the last shows the focus almost exclusively around comics, instead of big multimedia events, although it sometimes has minor focuses on science fiction or fantasy or other genres. 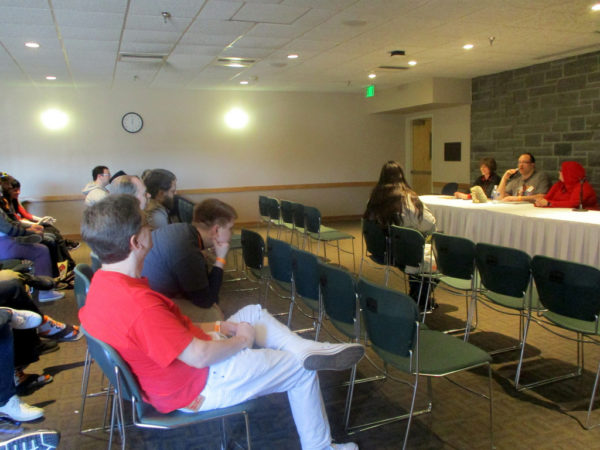 A Panel Discussion at Ithacon 44

Another beneficial change is the reintroduction to Ithacon of panels. For the longest time, Ithacon was unable to support panel discussions, although it did earlier in its history. The Comic Book Club of Ithaca and Ithaca College have been incredibly supportive of a diverse offering of panel discussions, including but not limited to Star Trek writing, fantasy, writing tutorials, disability and creativity, and much more. Ithacon has also been able to introduce cosplay contests, and numerous other ways for fans to interact with creators and each other during the show. 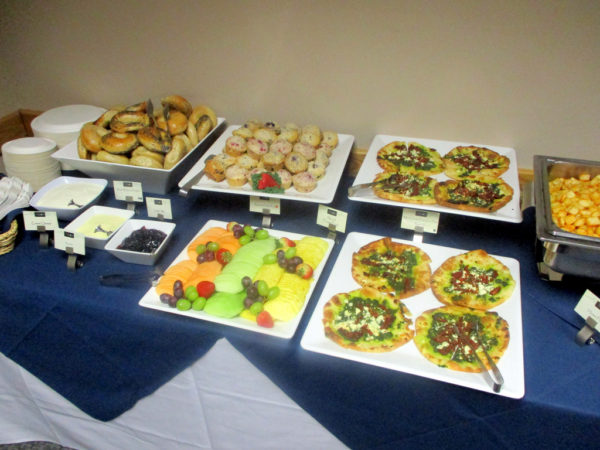 Breakfast for Creative Talent at Ithacon 44

Ithacon is also incredibly friendly to creative talent. Most conventions charge hundreds of dollars to creative talent for showing up, and most creators never make back the money that they spend on a table. Throughout its entire history, having a table at Ithacon has been completely free for creators, and that is no different now that it is at Ithaca College. As mentioned before, Ithaca College has a sizable budget, and they put that to use in being extremely hospitable of creators. During the most recent Ithacon, Ithaca College put on breakfast and lunch both days for creators, as well as a reception on the Saturday of the show. 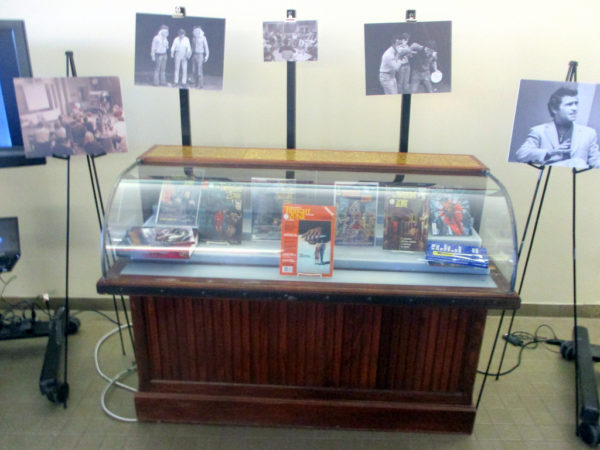 Speaking of which, being at Ithaca College has been such a boon to Ithacon that it has gone back to putting on two-day shows on Saturdays and Sundays for the first time in decades. Ithaca College also has other resources that it can contribute to Ithacon. This year in particular is the 60th anniversary of The Twilight Zone, and Ithaca College is home to the archives of Twilight Zone host Rod Serling, which were on display during Ithacon 44. Ithaca College is also kind enough to have their media department and communications faculty working with the staff and creators at the show, to record interviews, panels, workshops, and much more. 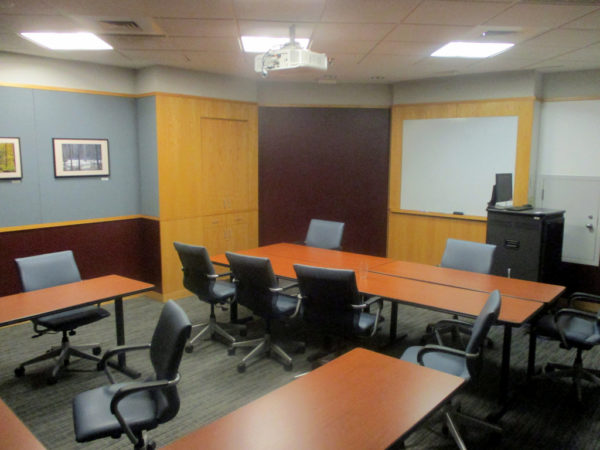 Of course, having Ithaca College facilities available to Ithacon is arguably the biggest change since they have started working with the Comic Book Club of Ithaca in putting on the show. Many vendors and artists have commented that the lighting in Emerson Suites in the Campus Center in Phillips Hall is the best they have ever encountered during a show. The space is impressive in sheer size alone, being over three times as large as Ithacon’s previous space in the Women’s Community Building, and that is just the main exhibition hall. In addition to this space, there are numerous rooms for panel discussions, functions, workshops, gaming, and displays. The newest addition of space is a Quiet Room for those with sensory difficulties and disabilities such as autism and other conditions which require a solitary place to chill out. Quiet Rooms are slowly being added to more and more conventions, and can be viewed as just as much of an accessibility feature as wheelchair ramps and elevators. 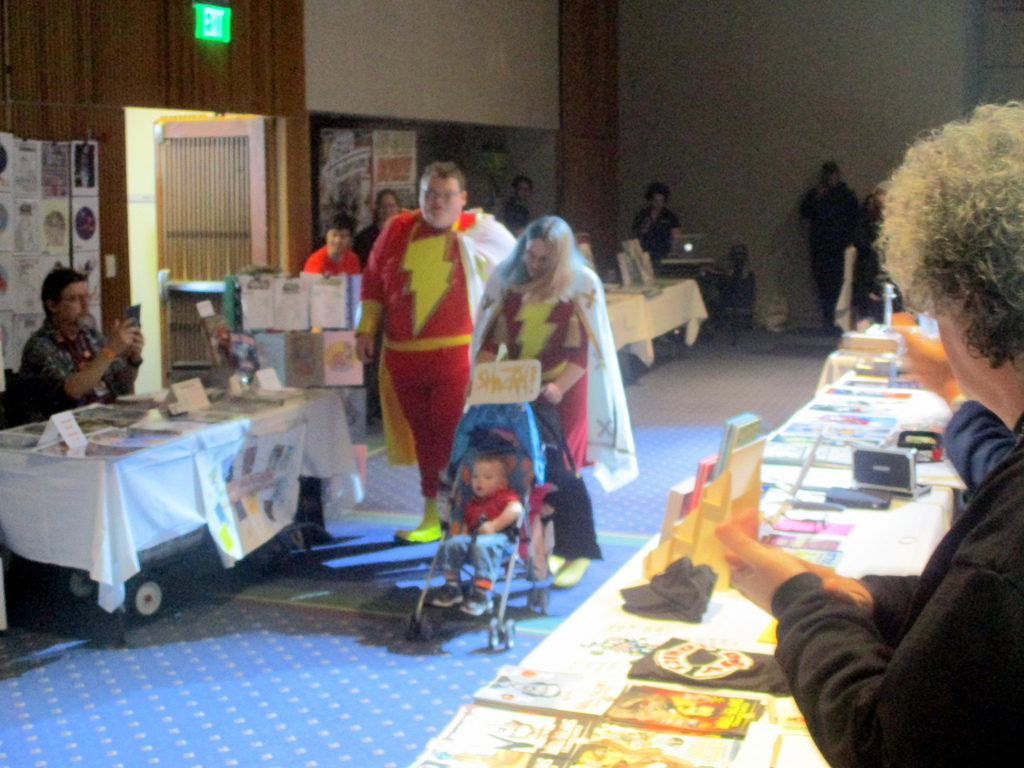 Shazam Family during the Cosplay Contest at Ithacon 44

Ithacon has always been about the fans, and letting the fan marketplace dictate the terms of the show, and giving fans what they want to see. In fact, this year, spring semester of 2019, Ithaca College started offering the world’s first ever college course in putting on a comi ccon, with Ithacon being the keystone of the class. In an age of extremely hyper-commercialized shows in which big corporations dictate what you get to see and when you get to see it, Ithacon remains a show put on by the fans, for the fans, with the fans’ best interests at heart.