Tom Jolliffe looks at a career defining period of classic films for Michael Caine which included iconic characters, and music… 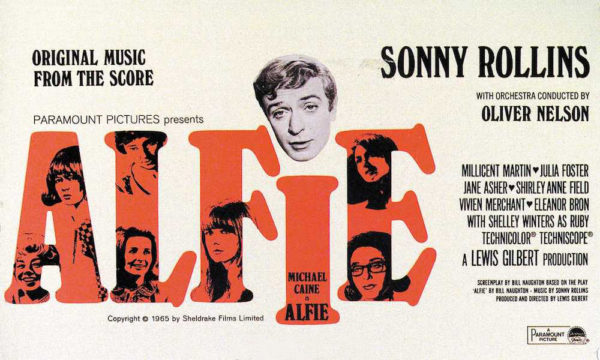 Everyone even vaguely into film knows Michael Caine. He’s an icon, so identifiable by his voice and mannerisms. He’s been in the business over 60 years and has worked solidly. More recently he will be most associated with his collaborations with Christopher Nolan, particularly for his part playing Alfred, Bruce Wayne’s butler in Nolan’s Bat trilogy.

Perusing Caine’s CV for his stand out picks is certainly tough. A career which has spanned that long, and pretty quickly establishing himself as an exceptional craftsman, means that he’s been a part of some pretty exceptional works. He’s had his share of duds, curios and oddities too of course, but Caine has been had a huge number of great films with his name attached.

However, I’m looking at a period of time where Caine really established himself with iconic films. Interestingly, as well as playing iconic characters, often with iconic lines (‘you were only supposed to blow the bloody doors off!’), each of these standout films featured iconic music which became key parts in the respective films gaining that level of iconic status. Be it a soundtrack song, or the scores, they were a layer that fans often remember.

Caine had already attained breakout success with Zulu. In and of itself it’s certainly an iconic film, but it’s the year later where Caine was part of another film which has become part of British Film history. In the wake of James Bond, Caine took on the role of Harry Palmer in an adaptation of Len Deighton’s The Ipcress File.

There are several reasons the film is so legendary. Firstly it’s a perfect antithesis to the jet-setting uber cool suave of a larger than life hero like Bond. This was just prior to JB drifting into the over the top gadget filled theatrics of the latter Connery numbers, and then more-so into Roger Moore’s era. It was fast cars, women, glamorous locations, tailored tuxedos and nefarious super-villains. It painted the world of espionage as sexy and cool and Bond as infallible.

The Ipcress File would flip this on the head. From introducing our character through his blurred P.O.V before he puts on his glasses, to seeing him in his quaintly confined apartment in his pyjamas, right off the bat we know this isn’t James Bond. This is Harry Palmer. He shares similarities. He’s insubordinate and he has an eye for the ladies. Caine is in his element. He’s wry, he’s impish, he’s belligerent and he’s almost persistently nonchalant. Caine excels in making Palmer engaging. The world is not glamorous, with Caine initially confined to dreary stakeout duty, before being tasked with joining another counter-espionage unit. He asks if he’ll get a pay-rise in the hope of purchasing a new cooking utensil he has his eye on. It’s another interesting element to a character that grounds and humanises him, away from the larger than life theatrics of Bond. 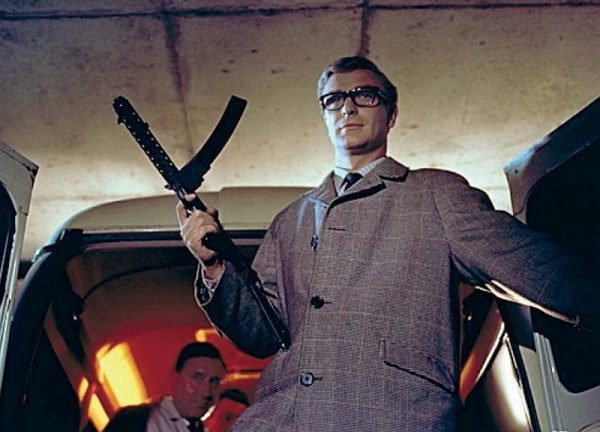 Another element that has kept the film fresh is the unique and wilful vision of director, Sidney J. Furie. One of cinemas great also-rans who has made some great under the radar films like The Appoloosa (epic visuals and Marlon Brando in a cool western), The Naked Runner (Frank Sinatra as a reluctant hitman) and The Entity (A sorely underrated and unsettling 80’s horror film). His stylistic choices almost derailed the film, leading him to a battle with producers who just wanted this to look like a Bond film. Loaded with odd camera angles and deliberate shot blocking, Furies direction points to an idea of audience espionage, of voyeurism. Of becoming a fly on the wall and stepping into this mole hunt. This was very much an era of breaking ground, of experimental film-making and daring, and Furie showed this in a studio film that was looking to ride the coat-tails of Bond and cash-in on the recent success of Michael Caine. As it was, and in retrospect, Furies courageous direction is a huge part of what makes Ipcress so memorable, particularly compared to the sequels which were shot more conventionally. Producer Harry Saltzman had also produced the Bond films, and unsurprisingly, come the first sequel in the Palmer franchise, Saltzman brought Guy Hamilton (Goldfinger) on board to direct. To be fair, Funeral In Berlin is an excellent film, but it’s no Ipcress File.

Likewise, continuing the Bond connections within the film, JB’s musical maestro himself, John Barry was also brought on board for The Ipcress File. His music here is fantastic and memorable. Light sprinklings of jazz, with its own identifiable theme, it adds an extra, memorable layer to the film. I’m not alone, but it’s hard to think back to the film without hearing that theme play out in my mind. It may not be James Bond theme iconic, but how many scores are? Not many.