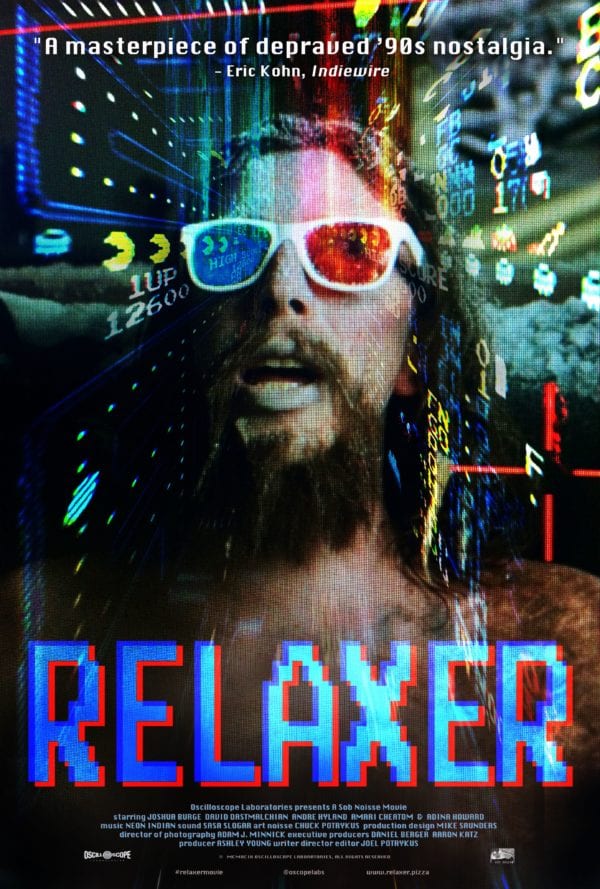 With the new millennium fast approaching, a young man is dared by his brother to complete a seemingly impossible video-game quest without leaving his sofa. 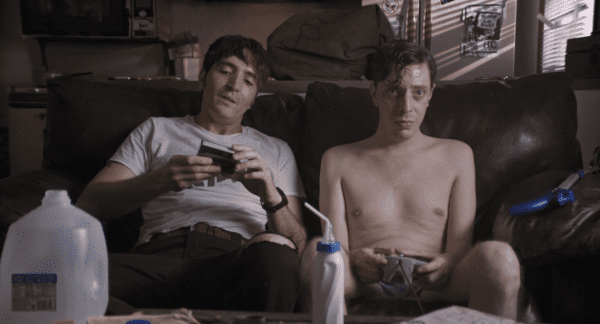 Billed in the press notes as a combination of Bunuel’s The Exterminating Angel by way of Linklater’s Slacker, Relaxer certainly has lofty aspirations. Filmed entirely inside a squalid one-bed apartment, the film details one man’s quest to rise to a challenge set by his loud-mouth brother to reach the unbeatable level 256 on the video game Pac-Man. The central premise is certainly striking enough, and there are some  funny lines delivered amidst the fatigued game-play.

Much of Relaxer’s running time is waiting. Waiting for the high-score, waiting for the millennium. As a kind of philosophical comment on ennui and the threat of time passing while completely unprepared for the future, this is intriguing, granted. However, when delivered as part of a grueling running time where very little takes place, in a claustrophobic space only interrupted by grim and gross dares and bodily functions, Relaxer turns out to be more irritating than anything else.

The use of Pac-Man- a character so closely identified with the 1980s, not so much the 90’s- as the game highlighted immediately sets the film off ajar. It is 1999, and the fear in the background of the characters Abbie (Joshua Burge) and brother Cam’s (David Dastmalchian) small town lives is the threat of the Millennium bug. But that is a minor arcade-game quibble. 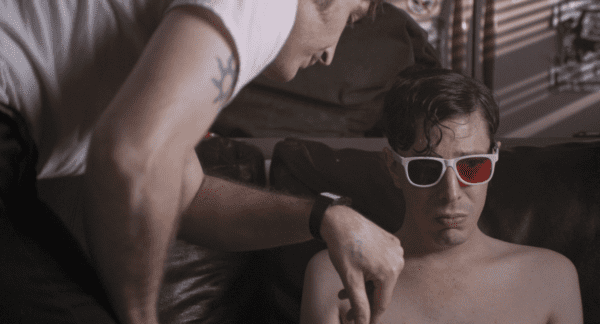 Far more serious is the torturous plot, which while no doubt is meant to test audience patience, spills way over into becoming actively unlikable. Which is a shame as the first 25mins or so are reasonably funny, and the cast presents the 90’s stoner-friendly dialogue confidently enough. There are plenty of nods to the late 90s time as well, with studied discussion of Jerry Maguire taking place behind shelves filled with cassette tapes.

But the rest of the film plays out with Abbie sitting playing the game, desperate in a brain-fried kind of way to reach the fabled end-level. Burge does what he can with this difficult role, and portrays Abbie as alternately sympathetic and repellent as a loser/bullied geek.

Broken up into various segments with the visits from different characters forming new episodes, the film might have been more successful as a short series. Really, I wanted to like it, but found it a struggle to get through. Which was no doubt intended, with the project coming across as an experiment in putting the audience off anything resembling something that they may enjoy too much or connect with.