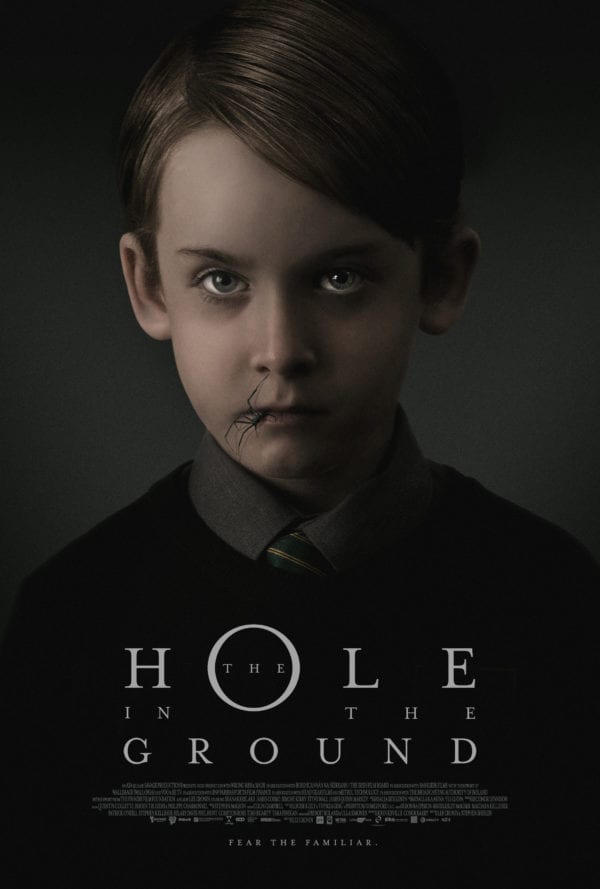 A boy disappears one night after venturing out into the woods behind their secluded home where a mysterious hole in the ground is located. After a short while, he returns but his mother’s calm soon turns to fear when his behavior starts to become increasingly violent and disturbing. 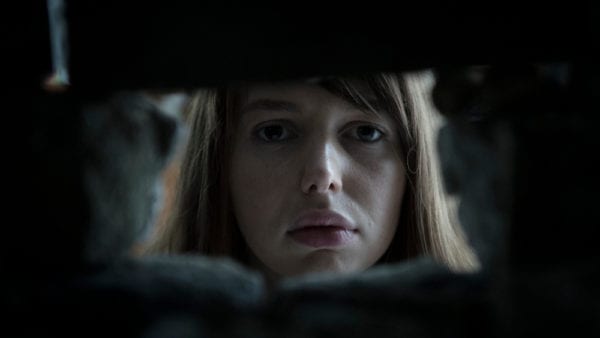 Lee Cronin’s The Hole in the Ground appeared to be a unique type of horror film with its first trailer release; a film that promised lots of strange imagery with an interesting twist on a concept that we have seen done time and time again. The “child turns evil” idea has been explored in several horror pictures such as The Omen(1976), Children of the Corn (1984), and even most recently The Prodigy(2019).

Although it all feels unfortunately familiar in many ways to the aforementioned films, there are plenty of elements on display here to gush over, and one of the greatest strengths is Seána Kerslake as the mother, Sarah O’Neill. Her performance is supremely raw and layered and she is grief-stricken throughout virtually every frame. She always appears to be on edge and terrified, which Kerslake has to get across with mainly just facial expressions and she does so remarkably well. 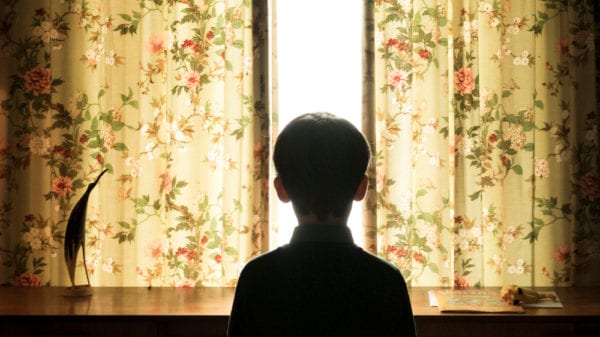 A large portion of the atmosphere that is displayed on screen is similar to another low-budget independent horror The Babadook(2014). From the opening seconds all the way to the closing seconds, there are rarely any shots that are tinged with any sense of hope or aspiration, which is thanks largely in part to the director of photography Tom Comerfeld.

Everything looks immensely bleak and its well accompanied with Stephen McKeon’s score. This is the first feature that writer/director Lee Cronin has worked on and it does feel like an exceptionally promising start to a future career in the feature film industry. His direction is better than his writing however, as where the writing can sometimes falter, he makes up for it with his direction that will sometimes get under your skin in a good way. 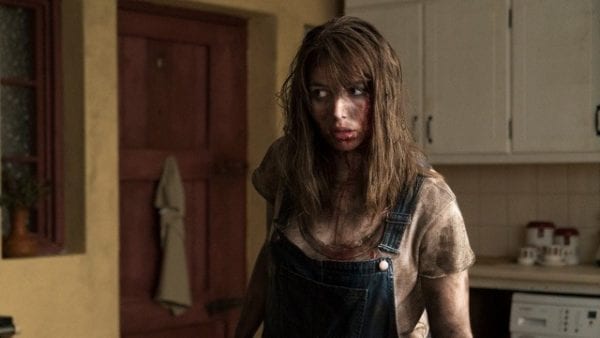 It does feel remarkably short however, with a running time of only ninety minutes. Just when you may be getting heavily invested in what is happening, it all begins to come to a conclusion that did not feel earned enough. If there was an additional thirty or so minutes added on, there would have been more things to get invested in. Although the performances are all terrific and gleefully creepy, there is not too much to be captivated with, as it feels so familiar.

The Hole in the Ground sparks a promising feature debut from Lee Cronin with superb performances throughout and immensely effective atmosphere, even if some of the story beats feel a bit too familiar.