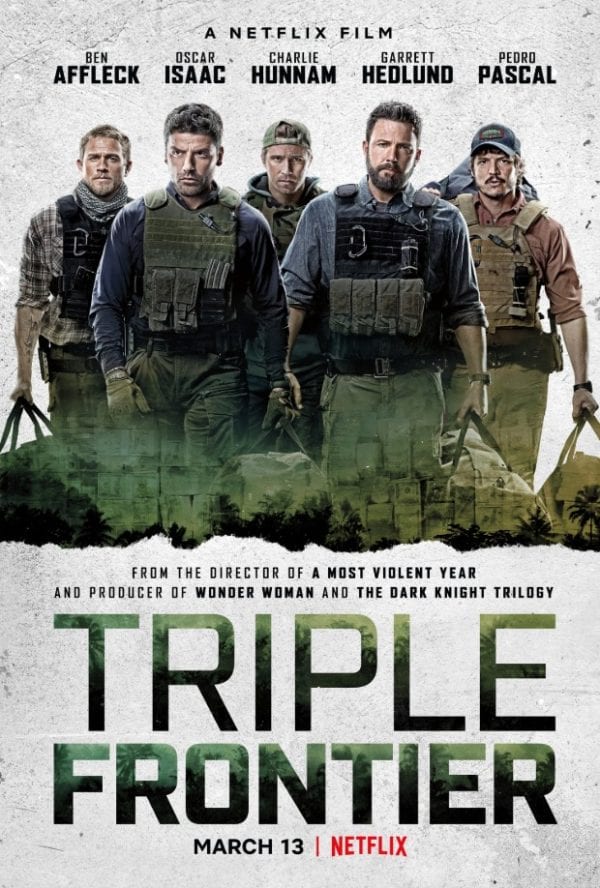 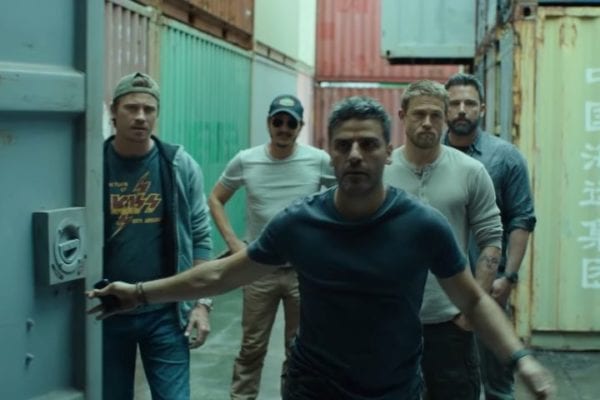 I would hope most people reading this review already understand that financial greed is bad and that it naturally leads to terrible events and self-destructive characteristics. In a nutshell, that’s the message behind J.C. Chandor’s Triple Frontier (a far more explosive work than the filmmaker’s recent outstanding efforts such as A Most Violent Year and All is Lost, but also something probably to be expected with producers Kathryn Bigelow and Mark Boal aboard the project with the latter co-writing the script), and I’m not saying that such a brotherhood implosion resulting from chasing dollar bills is a lesson not worth consuming, but it would be nice if the film didn’t take two hours on the dot to reach that conclusion.

Triple Frontier is the kind of heist flick lacking in fleshed out personalities but simultaneously wants the viewer to believe these characters are deep, cheaply manipulating viewers’ emotions by giving its elite squad of former US service members children to tend to or struggling careers WHILE spinning classic songs like Fleetwood Mac’s The Chain or Metallica’s For Whom the Bell Tolls, to give the impression that these individuals are complex and that the experience will provide a rush of adrenaline. It somewhat succeeds in terms of excitement, but there’s only really one outcome for the story (save for an admittedly great surprise along the way) meaning that it’s tough to become fully engaged whenever bullets fly. And if all of these terrific songs are going to be bust out during scene after scene of establishing characters, they should probably have a purpose other than eliciting the sensation that I’m just listening to J.C. Chandor’s Spotify account on shuffle. 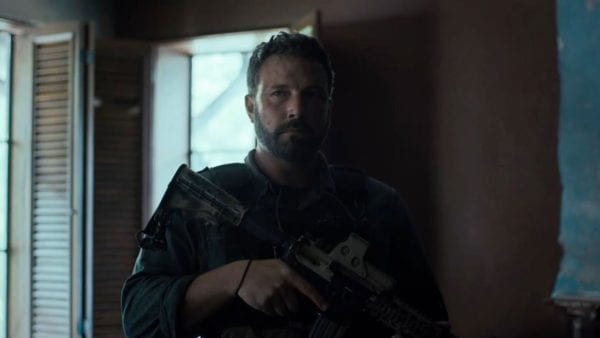 Nevertheless, the actual set up for Triple Frontier makes sense; these hardened veterans have put their lives on the line and accomplished a great deal for their country, but are unable to comfortably make ends meet. That’s also a very real problem permeating the current landscape of America, so it does make sense that they would go rogue to rob a filthy rich criminal kingpin at his heavily fortified South American home, which literally serves as a safe to hundreds of millions of dollars. The band reunites, we meet the teammates, reconnaissance is conducted, and the operation is a-go. The characters may not be deep, but they are easy to empathize with at a very basic level. Also, the leader of the pack (portrayed by Oscar Isaac and who will be known as Oscar Isaac in this review, because no one is going to come away from this movie identifying a character as anyone but the handsome actor embodying them) also has a personal stake in the mission; he believes if he can also kill this crime lord, much of his South American homeland can be repaired.

Boasting an impressive ensemble that includes notable names ranging from Ben Affleck to Charlie Hunnam, each individual soldier has their own morality tested. A mission planned to kill one despicable human being and better the world while becoming filthy rich in the process slowly snowballs into an affair of a double-digit body count and survival of the fittest while transporting the money across the jungle for extraction via boat. Each one also has a moment to fuck the situation up even more. Often times, watching Triple Frontier resembles a curious offspring of The Town and The Revenant, sadly not living up to the potential of that concept.

Yet it remains passably entertaining to witness the inevitable unfold for various reasons; the on-location shooting in Columbia is gorgeous and utilizes multiple terrains and harsh weather conditions, the shootouts are competently staged with long takes and play out with tight camerawork, and the fact that the story treats these characters as people making mistakes at pivotal moments rather than being inherently stupid. Is a simpler way to put it: if you enjoy the way military combat is depicted in previous Mark Boal/Kathryn Bigelow productions (Zero Dark Thirty) this will feel familiar, just not as intense.

As everyone becomes more and more concerned with the money, Triple Frontier blatantly stops caring about how killing this dangerous criminal is going to affect South America; it’s poetic considering that getting the money home at the cost of sacrificing moral integrity is all that begins the matter. Even the very few supporting characters disappear from the film entirely, begging the question who is making out better in this whole FUBAR situation. The cast also easily makes it easy for audiences to buy into the camaraderie and closeness of the soldiers, meaning when tension bubbles to a boiling point and, in some cases, hurtful words and fists start flying, it’s easy to hope that the group can regain their focus and get back on the same page. Again, the peril they are enduring is a result of their own greed, but the greed is initially placed into a worthwhile cause. 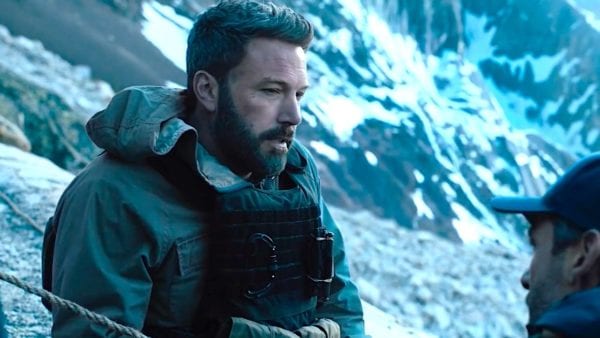 That doesn’t excuse that the pacing and storytelling here are seriously off-base; one can sense the direction Triple Frontier is going from moment to moment. The actual robbery occurs early enough that it tips us off as to the trajectory of the rest of the narrative. Even the quiet character interactions that break up the action don’t seem to serve any importance or expand on the narrative (except during one night where the crew makes a campfire via burning some of their excessive money). Those that appreciate J.C. Chandor for his subtlety and ability to draw rich characters within sharp direction are going to struggle with this one, but frat boys looking for something easy to digest from Netflix on a boring night are going to have a field day with this. With that said, it’s safe to say everyone can enjoy it as a competently crafted action movie that pulls no punches with killing off major characters.