Ahead of its release in the U.S. next week, Lionsgate and Saban Films have unveiled a new poster for Never Grow Old, the new Western thriller starring Emile Hirsch and John Cusack. 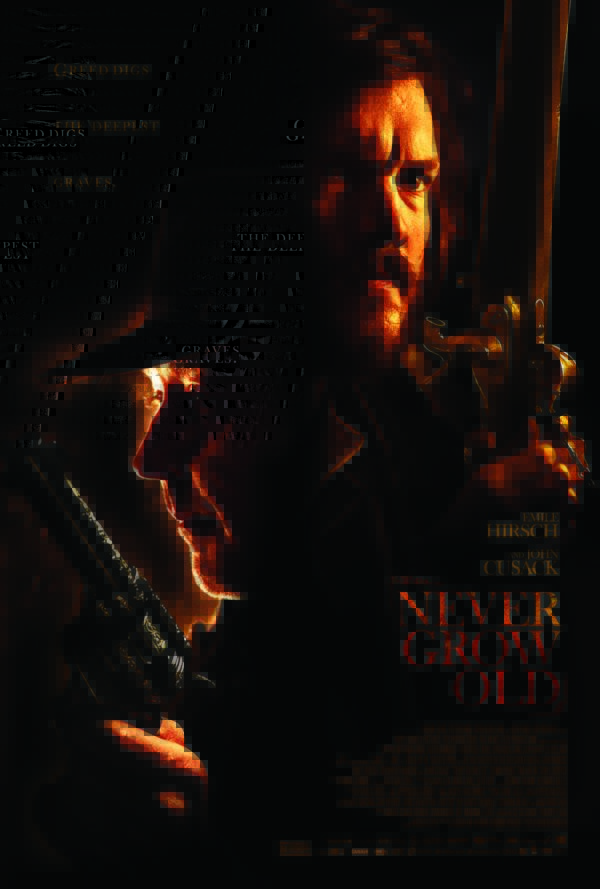 Debauchery. Greed. Murder. Welcome to Garlow. The once-peaceful frontier town is now a den of vice after vicious outlaw Dutch Albert (John Cusack) and his gang arrived—and began gunning down their opposition. Undertaker Patrick Tate (Emile Hirsch) must choose between the blood money he makes burying the murderers’ victims and the threats he and his family face in this intense and gritty western.