Last month it was announced that Mark Hamill is set to lend his voice to the iconic serial killer doll Chucky in Orion Pictures’ upcoming remake of the cult 80s horror Child’s Play. The Star Wars star is of course a seasoned voice actor, most notably portraying The Joker in Batman: The Animated Series and other DC media, and during an interview with CinemaBlend, producer Seth Grahame-Smith has been chatting about Hamill’s approach to the role of Chucky.

“Not only was he into it, he really started wanting to talk to us a lot about it from a standpoint of creating a character, and he wanted to do it as an acting challenge,” said Grahame-Smith. “And when we showed up the first day and the first recording session, he had watched all seven of the original movies, and he had sort of written a whole series of notes about his progression through the character, and development of voice. And then he showed us some of the voices he was developing. It was insane. He really jumped into it like a serious acting challenge.”

“We’re still actually doing the last little records right around now, and I’m star-struck every time I’m in his presence,” he continued. “I can’t believe that I’m in a recording booth with Mark Hamill. But that goes away really quickly when he starts to do the Chucky voice and match to picture. He becomes that character. And I think that like everything we’re trying to do, there’s a difference, right? You’re not imitating Brad Dourif. That would be insane, and not respectful. I think cast-wise, voice-wise, we couldn’t have done better in terms of the people that we attracted to the movie.”

Are you looking forward to seeing Hamill’s take on Chucky? Let us know in the comments below or tweet us @FlickeringMyth… 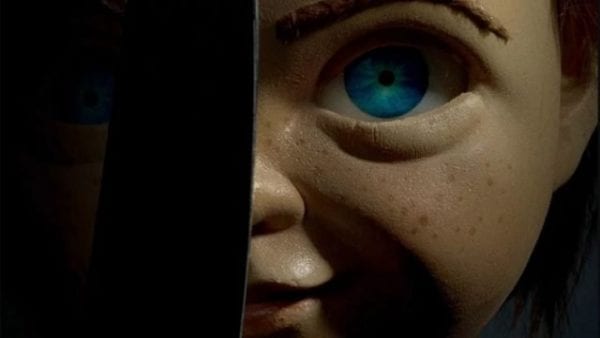