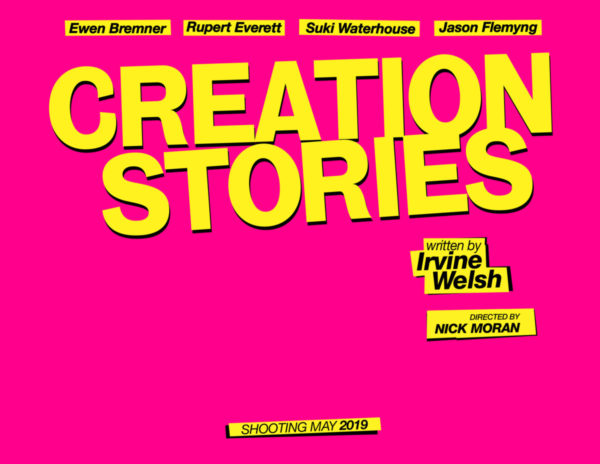 Scripted by Welsh and directed by Nick Moran (Telstar: The Story of Joe Meek and The Kid), Creation Stories will tell the tale of infamous record label head Alan McGee of Creation Records, which launches bands such as Oasis and Primal Scream. It is described as “a story of relentless ambition, mental torment, drugs, bankruptcy, unfathomable wealth, courting politicians and of how one written-off young Glaswegian upstart rose to irrevocably change the face of British culture.”

“Working as a team with Danny on this film is a dream,” states director Moran, who is best known for his role in Lock, Stock and Two Smoking Barrels. “He is a visionary, the most important British film-maker since Tony Richardson, rightly regarded as one of the best directors in the world today and one of the most successful. He is also the kindest and most open of people and a cornucopia practical knowledge and wisdom.  One of the nicest people you could ever meet. The last time him and Irvine worked together they changed the world of cinema. Who wouldn’t be excited to be part of that team!”