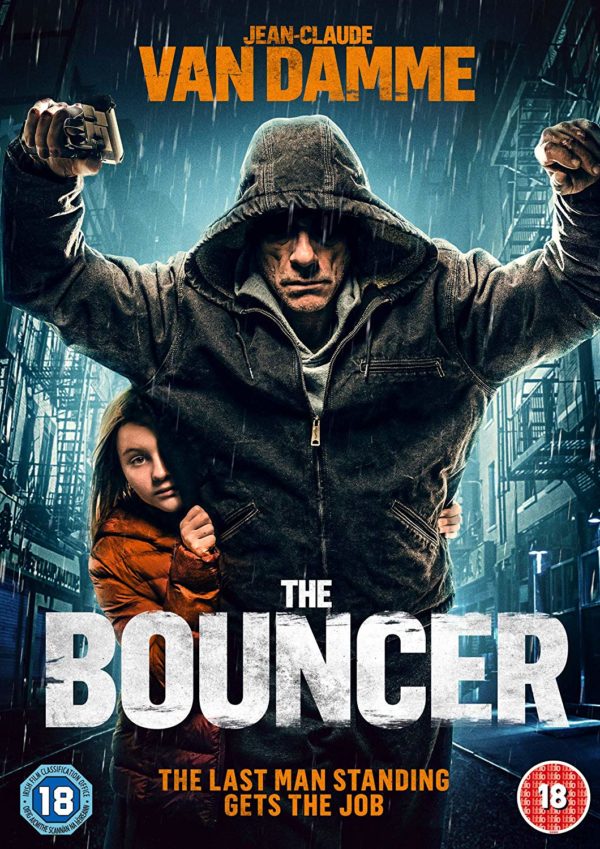 An ageing bouncer struggles to raise his 8-year-old daughter when he becomes involved with the criminal underworld.

Another year, another direct-to-DVD release starring Jean-Claude Van Damme, the craggy-faced Muscles from Brussels whose career went to the ‘I’m Too Old For This Shit’ school of action movies way too early and made him a regular on the shelves of supermarket entertainment isles across the land. However, The Bouncer is the type of movie that should, in a just world, win JCVD some much deserved critical praise for a performance that, whilst not entirely taxing for an actor of his limited abilities, does show that he is more than just mindless violence and a few awkwardly delivered one-liners.

JCVD plays Lukas, an aging nightclub bouncer struggling to raise his 8-year-old daughter who has to disappear quickly to avoid the authorities when an aggressive customer falls and smashes his head open. He goes for a job as the bouncer at a strip club where the interview process is to take on every other guy in the room in a no-holds-barred fight with the last man standing landing the gig, which Lukas does by the skin of his teeth, but the owner of the club happens to be Jan Dekkers (Sam Louwyck), a huge figure in the Belgian underground who is planning a big job forging bank notes.

After getting arrested for the incident in his former employment Lukas is reluctantly recruited to spy on his new boss for Interpol agent Maxim Zeroual (Sami Bouajila) in exchange for charges against him being dropped and keeping custody of his daughter, but Dekkers doesn’t immediately trust the mysterious Lukas and insists the devoted father prove his loyalty before being invited into his inner circle.

It has long been the cliché that muscle-bound action heroes are better when they aren’t saying much but in the case of Jean-Claude Van Damme in The Bouncer this is very true and it works in his – and the film’s – favour. As he gets older JCVD’s face gets more haggard and tired-looking but, when combined with his natural charisma, it gives him so much more character than any other aging movie star trying to keep their youthful looks you care to mention. That may sound like something of a backhanded compliment but his minimal dialogue, thousand-yard stare and the weary look of a man who has seen some serious action in his life make Lukas a fully formed character before we really know too much about him, and JCVD has not been this intense in a very long time, if ever. 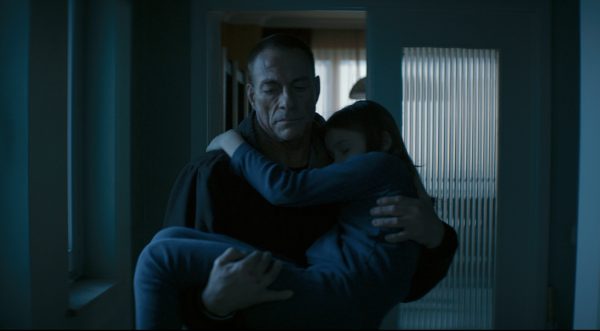 More of a crime drama than an action movie – although there are some superbly staged action scenes, especially the brutal job interview that Lukas has to attend which evokes Fight Club but less cathartic in its intent – The Bouncer packs a lot into its 83-minute running time despite feeling very small in scale. The cast may not to overly familiar to most but everybody makes their presence felt and there are one or two stylistic flurries with the camerawork that you wouldn’t expect from a movie that is otherwise quite low-key, adding a video game edge which draws you in and makes you more invested in Lukas as the camera follows him – literally – through various scenarios.

It is a shame that The Bouncer is unlikely to be seen by any non-JCVD devotees because it is a film that is really so much more than what you would expect from the cover art. If Lukas had been played by, say, Bruce Willis or Mel Gibson then it would likely find its place amongst mainstream audiences but because of who the lead actor is and because the film looks quite gritty and minimal The Bouncer is destined to remain an undiscovered gem. Regardless of what pops into your head when you think of Jean-Claude Van Damme and his oeuvre, The Bouncer is worthy of your time as it is a gripping and tense crime thriller with a lot of heart and having JCVD giving as raw and earnest a performance as he has ever given is a huge bonus. Hopefully there will be many more roles of this nature for him.