Even though the A Series of Unfortunate Events season 3 poster says, “We’ve saved the worst for last” the show’s creators, Barry Sonnenfeld and Daniel Handler, have done anything but that. The show wraps up with a deeper message and leaves the viewer with enriching moral lessons meant to help kids take on the harsh world today. Accompanying that message are beautiful performances, set design, costumes and melodies. Melodies composed by Jim Dooley. Dooley’s score for the series is very reminiscent of another fan favorite, ABC’s Pushing Daisies, for which he took home an Emmy award. He definitely thrives in this world of fantasy, which showcases many different styles of music. We spoke with him about season 3 of A Series of Unfortunate Events along with another one of his recent titles, Disney’s feature film Kim Possible, which was just released on DVD. Below he gives an inside glimpse of working on those two projects. 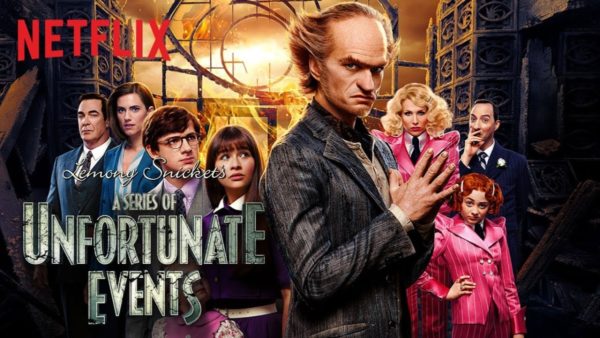 How would you describe your season 3 A Series of Unfortunate Events score?

Well, like the poster says, ‘We’ve saved the worst for last!’ This is some of the darkest music we’ve had in the series so far as The Baudelaire children continue without any sign of a silver lining in their future. We have some new locals and characters to visit which required new sonic and thematic material.

Because season 3 of A Series of Unfortunate Events is the last season, did you go “over the top” experimenting with any sounds to end with a bang?

Season 3 begins on a ’Slippery Slope’ and so we experimented with some yodeling! Then we put on our ‘maritime’ hats for the Grotto with sea shanty music. Also, abusing some old classical music for Carmelita’s dancing was a blast. When we reach the Hotel Denoument we become fully emerged in a Verdi opera. My wife was the voice of Beatrice as she performs her aria. This then leads us to the sights and sounds of a tropical island. Quite the gauntlet musically. 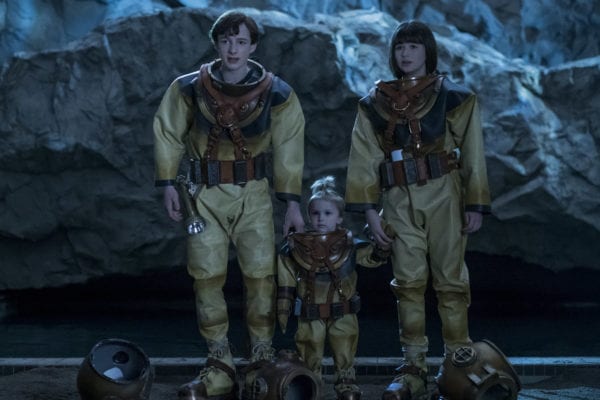 What was for favorite episode to score in season 3 of A Series of Unfortunate Events? Why?

Penultimate Peril Part 2 was my favorite as I got to use material from Verdi’s ‘La Forza Del Destino.’ Working with the opera singers and then incorporating the themes into the score was a challenge but thoroughly enjoyable.

Was there a new character in Season 3 that you particularly enjoyed scoring for?

I had a lot of fun writing the music that accompanies the Submarine Rental Clerk in season 3. She had the most amazing comic expressions and timing. I wrote a Latin-style piece that kept playing off her in silence as Olaf and crew are trying to rent a submarine. It’s one of my favorites. 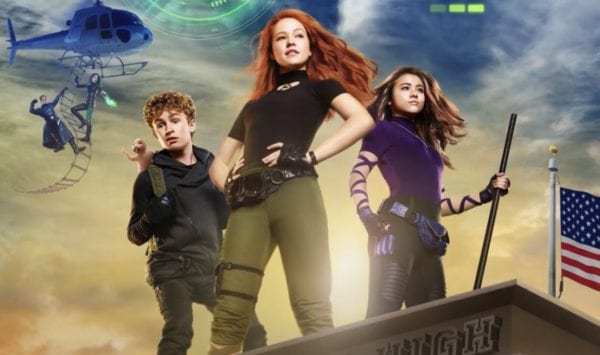 How did you get involved with the Kim Possible film?

The filmmakers used some of my production music for their previous work and this is how we came to discuss Kim Possible together. I’ve also done quite a few Disney projects, so the studio was already familiar with my work as well.

Composer Adam Berry scored the Kim Possible series for Disney. Did you keep any of his themes for the film or did you do something completely new?

I had the opportunity to give a new arrangement to the Main Title song from the original show and used the Kim Possible ‘beep beep’ motif in many places throughout the show. What instrument did you find yourself using more of for the Kim Possible score?

When originally studying music I wanted to be a rock guitarist. I wanted a hero theme for Kim that was a bit more rock n’ roll so I got the guitars out for this one to get in the right frame of mind.

What was your favorite part of scoring Kim Possible?

Definitely the collaboration. I always do my best work with people that allow me to take some chances. That takes trust and I certainly experienced that with the Kim Possible team.

Learn more about Jim at his official website here.