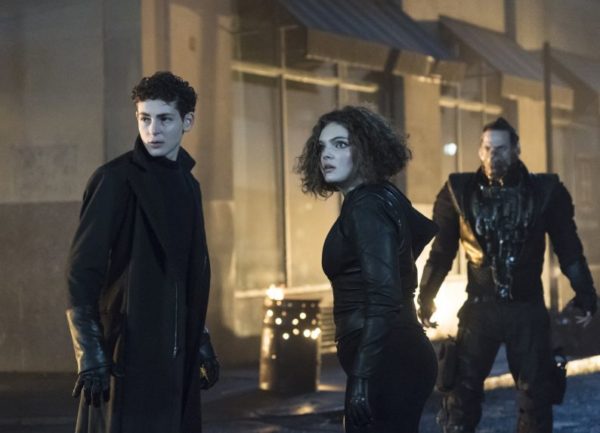 Rather than being engaging this penultimate episode feels calculated. Key characters never feel in abject danger, situations however frenetic never raise collective pulses, while Gotham feels strangely unthreatening. Whether that perceived danger comes from al Ghul’s daughter, a pneumatically enhanced Bane or the conspicuously absent Jeremiah Valeska something is missing.

Plots which revolve around submarines, revenge vendettas drawn from parental demise or plans hatched by the simply insane does little to make it feel original. Over forty minutes of television there are tactically placed plot twists which are tied up too easily, injured parties who are provided with simplistic closure, while a distinct lack of extra episodes is self-evident. Villainy at this late stage feels superfluous while established characters are resigned to a truncated epitaph. 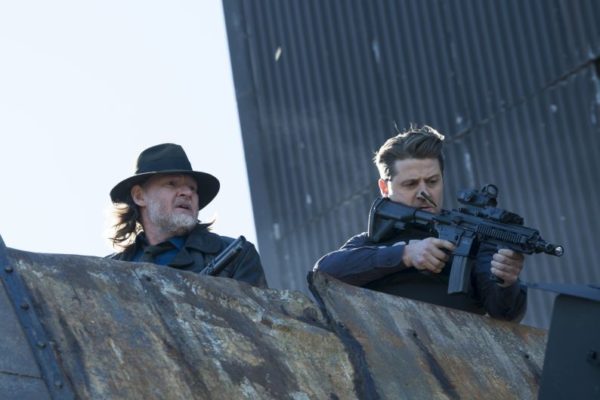 Babies are used like emotional pawns, words are the only weapons on display while a bloodless set up sucks any suspense from proceedings. That sense of finality which has been used in marketing trailers has nothing to trade on, while that Valeska reveal is the only thing guaranteeing an audience come episode twelve.

Characterisation within long running television show irrespective of reception is to be applauded. Gotham definitely had memorable episodes, censorship challenging scenes and its fair share of on-line criticism, but for whatever reason this is uncelebrated. Slow burn by design, inconsistent due to breadth of material and at loggerheads with a parallel cinematic universe Gotham has never had it easy. That they had half a season to wrap up almost a hundred episodes of television was always going to create problems. Overshadowed by inevitability and hampered by network pressures this is a programme on autopilot phoning in set pieces, clinging to a final trump card and foregoing audience entertainment for a predetermined endgame.