After kicking off the casting process last week by signing up Angelina Jolie (Maleficent), THR is reporting that Marvel Studios is now in talks with Silicon Valley and The Big Sick star Kumail Nanjiani for its cosmic superhero ensemble The Eternals.

Details on Nanjiani’s role are being kept under wraps, but the article suggests that Jolie is portraying the character of Sersi, described as “a more outgoing Eternal who has not been afraid to move amongst humankind.”

Based on the comic book characters created by the legendary Jack Kirby, The Eternals follows “super-powered and near-immortal beings known as Eternals and a more monstrous off-shoot known as the Deviants that were created by cosmic beings known as Celestials.”

Chloe Zhao (The Rider) is on board to direct the movie, which is expected to shoot this year along with the Scarlett Johansson-headlined Black Widow solo movie. Both movies are expected to be released in 2020, while a recent rumour has suggested that Doctor Strange 2 could also be part of next year’s slate from Marvel. 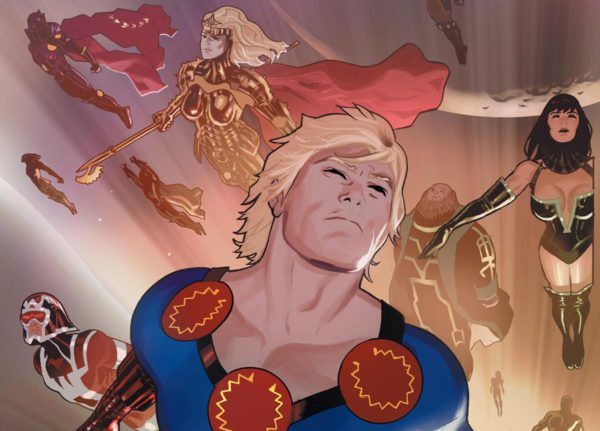